One of the most important Renaissance characters

This year marks the five hundredth anniversary of the death of Leonardo da Vinci, with celebrations all over the world through a dense program of initiatives and events dedicated to him. Italian Traditions will guide you to the discovery of the Italian genius telling you his story and the curiosities about his life. We will also present the main events organized for this special occasion in Florence and Milan. Finally, we will also talk about the many initiatives and events organized around the world.

Leonardo was born in 1454 in the village of Vinci in the province of Pistoia. At sixteen he moved with his family to Florence. His precocious artistic ability and his intelligence pushed his father to send him to Andrea Verrocchio’s workshop. In 1480 he joined the Academy of the Giardino di S. Marco, which enjoyed the patronage of Lorenzo the Magnificent. In the same year he was commissioned to paint the Adoration of the Magi in the church of S. Giovanni Scopeto near Florence. However, the Florentine environment did not suit him and he moved to Milan to stay with the Duke Ludovico Sforza. During the Milanese period some of his most important and well-known works were created. Between 1489 and 1490 he was entrusted with the decoration works of the Castello Sforzesco in Milan. 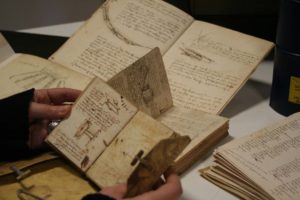 In 1495 the famous fresco of the Last Supper began in the church of Santa Maria delle Grazie. The work was completed in 1498. The following year he escaped from Milan because of the advance of the French troops of King Louis XII. He settled in Mantua and then in Venice to return to Florence in 1503 to paint, together with Michelangelo, the Council Hall in the Palazzo della Signoria. He was invited to Amboise in France by King Francis I in 1513, dying there on May 2, 1519.

Some curiosities about Leonardo 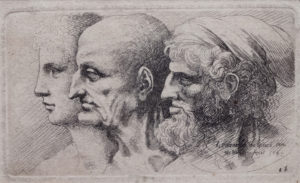 In the year of Leonardo da Vinci another important aspect to learn about the Renaissance genius refers to his character. There are many rumors concerning the figure of Leonardo da Vinci. The first biographers describe him as a character with charm and personality, and, at the same time, very well liked for his generosity and kindness. One thing not many know about, is that his great love for nature was not just limited to observation. It is said to have been a convinced animalist and a vegetarian. Finally according to some rumors he was also a great prankster.

The events to celebrate the anniversary of his death

In Italy and around the world, numerous events and initiatives are being organized to celebrate the year of Leonardo da Vinci. In Italy they are under the supervision and guidance of the Committee for the year of Leonardo da Vinci, established by law in February 2018. In Florence, the exhibition “Water Microscope of Nature- The Leicester Code by Leonardo da Vinci” “L’Acqua Microscopio della Natura- Il Codice Leicester di Leonardo da Vinci”is presently on at the Uffizi Gallery . There are also numerous events that will take place in the Tuscan capital throughout the year. Milan is the city that has the largest number of initiatives in this regard. On May 2, the Sala delle Asse at Castello Sforzesco will be reopened for the occasion. Also worthy of mention are the four exhibitions that will take place during the year at the Veneranda Biblioteca Ambrosiana. There will be numerous appointments and exhibitions dedicated to the Italian genius also in France. But not only that, there are events dedicated to Leonardo also in England and in Norway. 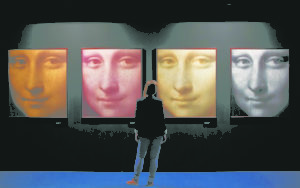 If there is one character in history who deserves to be called an absolute genius, this is certainly Leonardo. During his lifetime he was a painter, sculptor, inventor, military engineer, set designer, anatomist, thinker and man of science. He represents the archetype of the Renaissance man. In fact, he embodies his aspiration of knowledge of reality through experience and reason. If you want to discover other important Italian characters from the past, we recommend reading this article on Galileo Galilei. Now that you know the events scheduled for the year of Leonardo all you have to do is participate.

The Pruning Festival in Erbusco

Among the major figures in Italy, a fundamental role was played by Alessandro Volta, an Italian chemist, physicist...

Read More
16 0
Join to Instagram
This site uses cookies. If you continue to browse the site and close this message accept their use. To learn more please see our cookie policy.OkRead more