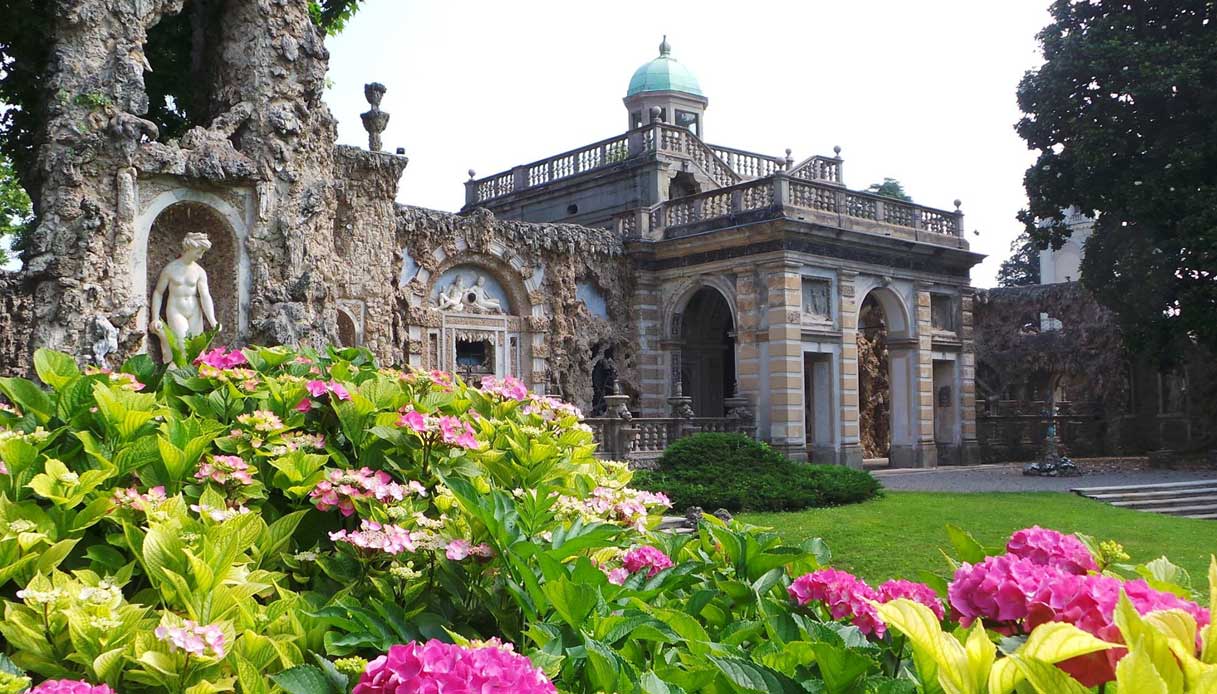 Palaces, stately homes, patios, huge parks, lush gardens: it is from here that starts our journey to discover the historical Italian villas. Theaters fables of other times, places guardians of a charm that speak of history, a true heritage of Italy. A diverse and distributed heritage throughout the peninsula taking in each of the twenty unique regions unmistakable characteristics. Here are some of the most beautiful historical villas that Italian Traditions has selected for you!

This is an old noble villa dating from the seventeenth century located in the town of Orio Litta, in the province of Lodi, Lombardy. Owned by Antonio Cavazzi della Somaglia, the palace was to be the manifestation of wealth and importance acquired by the Cavazzi family at that time. At his death, the villa was inherited by the great grandson Paolo Dati, who transformed it into a majestic palace as a place for recreation and gathering of the great characters of literature and Italian culture of the eighteenth century. In 1970 it was bought by the Carini family, the current owners, who have begun a gradual recovery of the building, now under the Law of Conservation of historical and national artistic heritage. In the rooms of the villa you can still admire the beautiful frescoes attributed to Maggi and his school, period furniture and the imposing staircase. Very impressive is the view that offer the terraced gardens.

Also known as the “Nazionale”, Villa Pisani is one of the most famous examples of Venetian villas of the Riviera del Brenta. Located in Stra in the province of Venice, it is now a national museum which houses works of art and furniture of the eighteenth and nineteenth centuries. It was built in the eighteenth century by order of the rich and prestigious Venetian family Pisani, who already owns several properties in the territory. Its monumentality makes it often be chosen as a residence or as a meeting place between monarchs and heads of State or Government. The building is rectangular, with two patios separated by columns that supports the majestic ballroom. The huge park, designed by the architect Girolamo Frigimelica de’ Roberti – author of the famous labyrinth of box hedges, the tower in the center of this one and the horse stables of the villa – has been completely restored and now exhibits a rich botanical collection.

Masterpiece of the Italian Renaissance, has been included in the world heritage list of UNESCO. With its impressive concentration of fountains, grottoes, nymphs, water games and hydraulic music, is a much-copied model of European gardens with Mannerist and Baroque style. The villa is located in Tivoli and was commissioned by Cardinal Ippolito II d’Este, son of Alfonso I and Lucrecia Borgia, in a place where there was once a Roman villa. At work, led by Pirro Ligorio, they contributed the most important artists of the era, such as Bernini, who competed to the best of its technical and artistic virtuosity inspired by the magnificence of ancient Rome. Impressive are the lush terraced gardens built on natural slopes and directly fed by the Aniene, totaling more than 200 jets, 250 waterfalls, 100 tanks and 50 fonts. They are also very valuable and interesting interiors decorated with frescos with grotesques reasons.

Overlooking the famous Boboli Gardens, it is one of the greatest examples of architecture in Florence. Built by the Pitti family in 1457 and designed by Brunelleschi, it was sold in 1549 to the Medici, becoming the residence of the great ducal family. Today Palazzo Pitti hosts some of the most important museums in Florence: the first floor there is Galleria Palatina and Appartamenti Reali; and on the ground floor  the Museo degli Argenti, which includes the largest collection of precious objects that belonged to the Medici; the Galleria d’Arte Moderna is located on the other side of the top floor and houses a wonderful collection of paintings including Tuscan painters of the nineteenth and twentieth century. In the Palazzina del Cavaliere, separated from the building and immersed in the Boboli Gardens, emerges Museo delle Porcellane, while inside the Palazzina della Meridiana there is Galleria del Costume, which features artifacts of clothing and is housed fashion describing the history of the last 300 years.

Also called Casina Cinese, is a former royal residence of the Bourbons of Naples located in Palermo. In the eighteenth century, between green lemon trees in the shadow of Mount Pellegrino, it was an exotic and extravagant palace, owned by Baron Giuseppe Maria Lombardo. Chinese-style palace with a central core of masonry topped by a pagoda roof, called Villa of the bells for the thousands of metal bells that adorned the prospectus and the fence. Ferdinand IV of Bourbon chose it as his residence. The apartments are spread over three floors. In the basement there is the ballroom and the courtroom; the first floor is the reception room in Chinese style with fabric panels, dining room and bedroom of the king; on the second floor, the apartment of Queen Maria Carolina; and in the last level, a large octagonal pagoda-covered terrace.

During the summer season there is nothing better than planning an out of town weekend away from Milan with friends...

Villa d’Este is located on the shores of Lake Como, in Cernobbio. This elegant residence, originally known as...