5 places to visit in Ancona 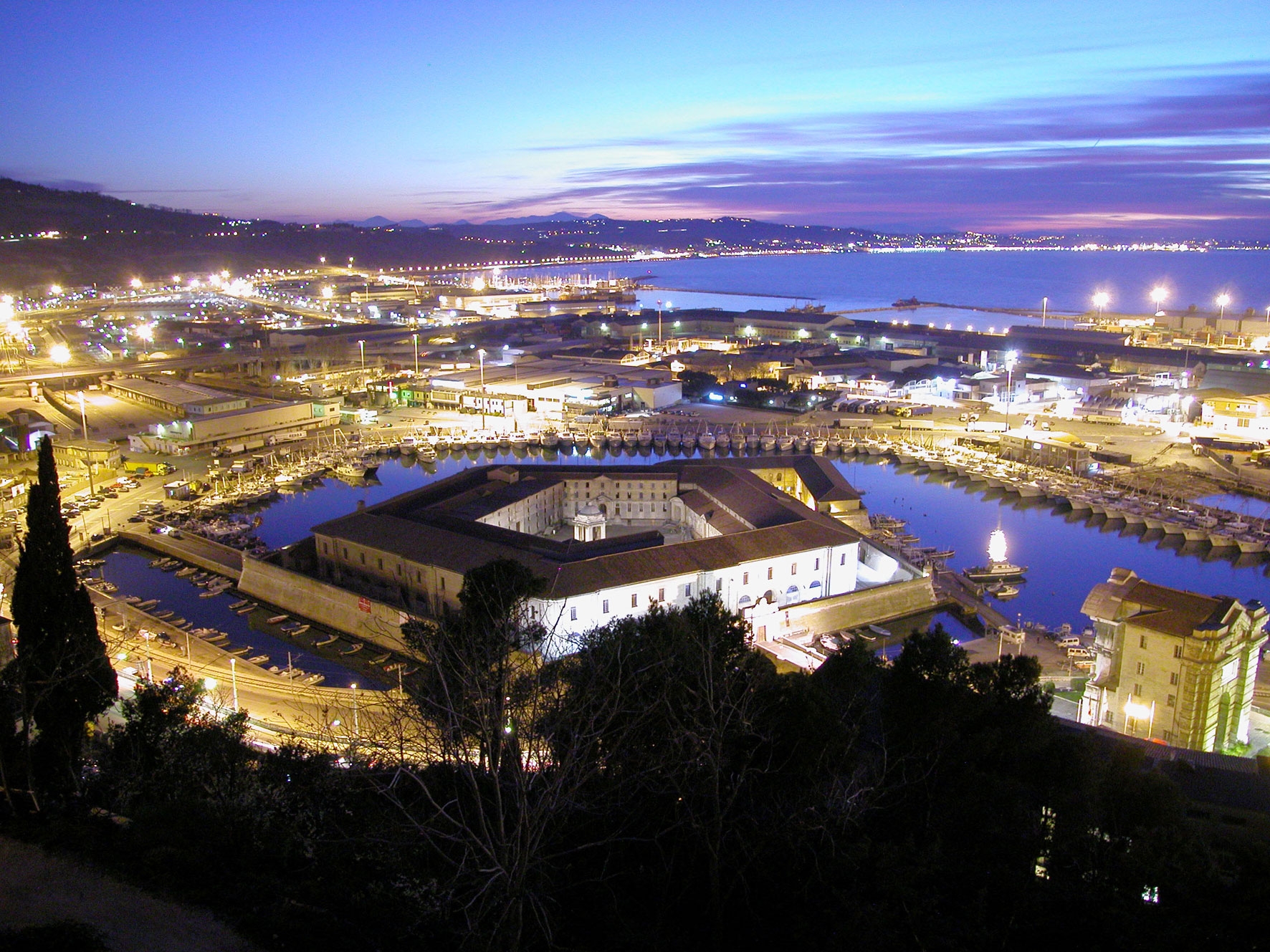 Lying on the northern foothills of the Conero, Ancona is an old port town full of monuments,  long history and numerous seaside resorts. Discover with Italian Traditions views and the most characteristic buildings of this interesting town of Marche, which seem to have been painted by the skilful hand of a painter!

Dedicated to San Ciriaco, the cathedral of Ancona has a medieval-style structure that blends with the Byzantine one, evident in the plant and many decorations. The cathedral is located in a scenic location of the Guasco hill, at the Acropolis of Ancone overlooking the entire city and its gulf. The door, attributed to Giorgio of Como is in the Romanesque-Gothic style, built of white Conero stone and red Verona marble, ornate columns regents bundles a series of pointed arches with reliefs of symbolic images: busts of saints, figures of real and imaginary animals, plant motifs. The interior of the church draws a Greek cross with three naves, with reuse of Roman columns ending on beautiful capitals, some of which are Byzantine. At the center of the cross there is the soaring dome dodecagonal ribbed, with plumes supported by Byzantine figures of angels. In the chorus displays the painting of Hercules Fava the “Resurrection of Christ”.

Caves of the Passetto

The coast of Ancona is filled with colorful little caves dug into the rock, excavated in the early ‘900 to house the small fishing boats and to find a bit’of shade during sunny summer days and to enjoy the sea so close but little accessible, because of the rocky promontory on which the city was built. Currently the visitors of the caves, commonly called “Grottaroli” love to eat fresh fish and make the nap in these curious indentations adjacent to the beach. On the evening coast turns into a kind of firmament illuminated by the dense lights of the inner caves. Over the years the “Grottaroli” are handed down from generation to generation their caves, making year-on-year changes to make them more livable for them and for their friends: electricity, drinking water, gas cookers, different colors of wood that make of the Passetto caves  magical and enchanting place.

The Arch of Trajan

Symbol of the city of Ancona, the arch was built as a tribute to the emperor Trajan, who had expanded and enhanced the city’s port, and represents one of the most precious monumental testimonies of Roman architecture, particularly the proportions, slender than the other Romans arches preserved. According to tradition, the attic was placed the equestrian statue of Trajan in gilded bronze. On the right of Trajan was the statue of Plotina, his wife and on the left Ulpia Marciana, his sister. The bombings of the Second World War destroyed the surroundings of the monument, in particular Piazza San Primianus, where the arch was the backdrop. After the war, during landfill work on the expansion of the quays, the Arc was increasingly moved away from the sea. The work still maintains the momentum and elegance of the past, although it has been recently restored.

One of the few tactile museums in the world, created to promote the integration of people with visual impairment, is now an innovative and pleasant space in which to learn the art through the amazing perspective of the hands. The exhibition aims to present copies of famous sculptures from Classical Greece to the early twentieth century through the Etruscan, Roman, Romanesque and Gothic period to the Renaissance of Michelangelo, Bernini‘s Baroque, Neoclassicism of Canova. One room is dedicated to the “carved movement” from the Louvre, created to celebrate the body moving through five actions: effort, dance, running, flying, falling. To encourage an approach to the reality of synesthetic type, the Tactile Museum, thanks to years of experience, it organizes numerous educational activities for schools, families and groups with animated and bandaged visits, and laboratories accessible on sensory education issues, contemporary art, diversity and archeology.

The War Memorial of the First World War of Ancona, called “il Monumento”, is located in Piazza IV Novembre, in the Passetto neighborhood. The charming building has eight fluted columns and is placed above a concentric circular staircase, built entirely of stone from Istria. The base is decorated with helmets and swords, symbols of defense and attack respectively. In the pediment are the evocative verses of the great Italian poet Giacomo Leopardi who was born not far from Ancona, in the town of Recanati. The Monumento ai caduti is a reference and meeting point for many people, who like to sit around it on fine days, and then admire the Adriatic sea and stroll along the Viale della Vittoria, or stop in the greenery of the nearby pine forest.

Despite being one of the most famous and appreciated seaside resorts in Italy, Cinque Terre (the Five Lands) are...

What to see in Romeo and Giulietta’s town

Although things to do in Italy are definitely so many, Verona is definitely a city to visit and appreciate for its...

Read More
15 0
Join to Instagram
This site uses cookies. If you continue to browse the site and close this message accept their use. To learn more please see our cookie policy.OkRead more