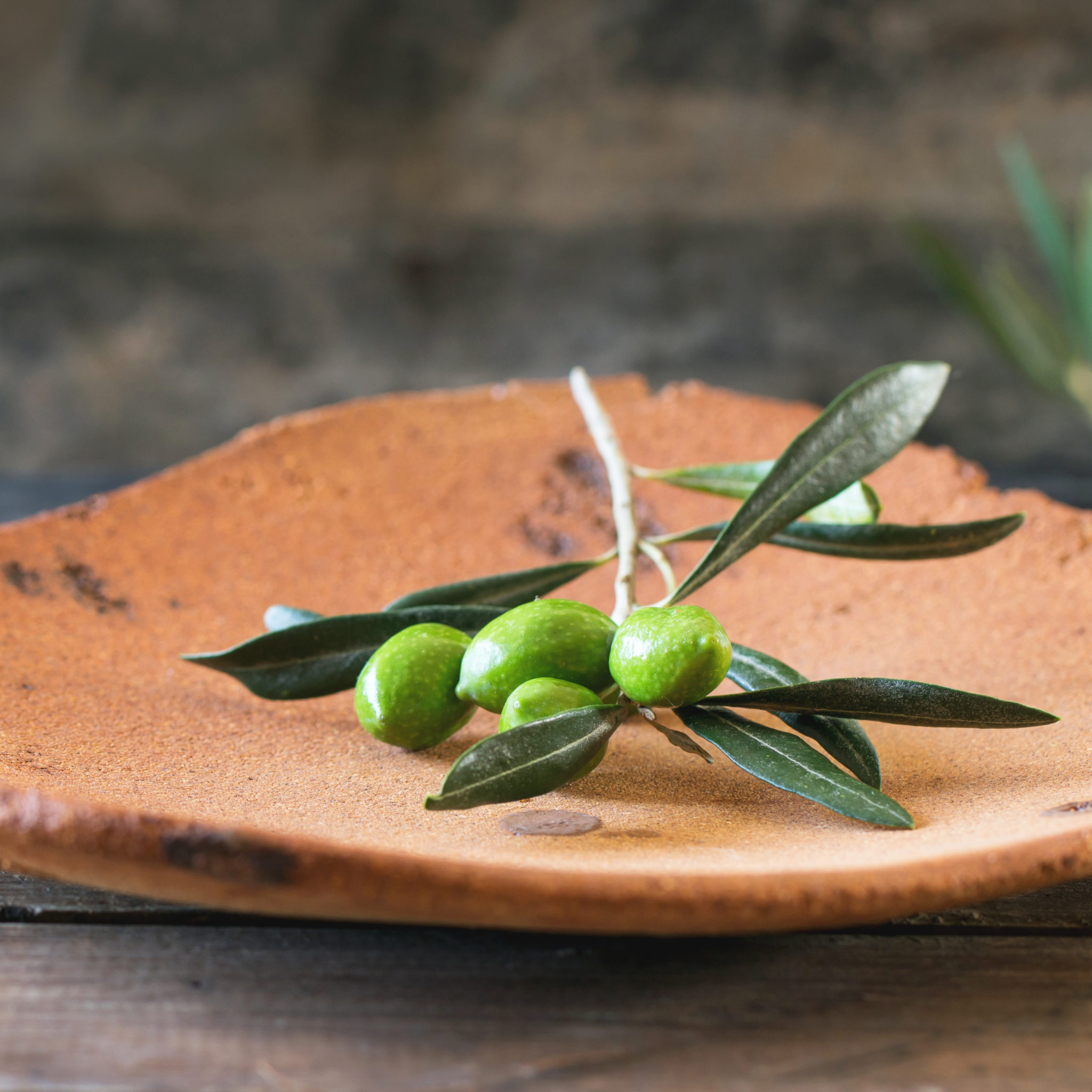 In recent years the consumption of olives in Europe is increasing not only because it is obtained from the oil, but also because more and more are consumed as an aperitif, in appetizers and as an ingredient in salads, in the first, the second and products baking (breads, buns, pizza and crackers). Olives contain appreciable quantities of antioxidants (polyphenols, beta-carotene, vitamin E) in addition to iron, calcium, potassium, magnesium and sodium. Green or black, they also become precious allies to lose weight! Italian Traditions now wants to celebrate this tasty food by offering 5 fresh and fast to do Mediterranean dishes to conquer all those who will be seated at your table!

For this trenette salad with tomatoes, olives and capers recipe, boil al dente trenette, drain, drizzle with half the oil and allargatele on a tray to cool them. Meanwhile rinse well with salt capers, olives cutted into strips and peeled, drained and diced tomatoes. Heat the remaining oil in a pan, add the capers and olives, and after a minute the tomatoes that will only heat up. Blank, flavore with plenty of chopped parsley, salt and pepper.

Cook the potatoes over medium heat and with a lid for 40 minutes, then peel and mash, collecting them on a work surface. Add the flour and work the mixture until dough is smooth. Extract from the paste sticks and cut them into pieces. Then squeeze with your thumb each piece on a fork, making then slip on floured surface. Coarsely chopped tomatoes and onion. Put in a saucepan four tablespoons of oil and a knob of butter, add the onion and let it brown for a few minutes. Then add the tomatoes, salt, pepper and cook for 15 minutes. Then add the olives, capers and chopped parsley. Boil the gnocchi and drain them just they come to the surface. Pour into a bowl and toss with the sauce.

Panzerotti with peppers, eggplant and olive

Unite 5 g of salt to the flour, heat 350 g of water, add 10 g of sugar and baking powder, mix well and knead with the flour until smooth and homogeneous dough. Let it rise for 1 hour. Cut the eggplant, peppers and potatoes into cubes, then heat 2 tablespoons of oil in two different pans: to join peppers and potatoes with a little water, in the other you lay down the eggplants. Gradually add hot, the vegetables together, grated Parmesan cheese, finely chopped olives and a few leaves of marjoram (filling the panzerotto). Roll out the dough with a rolling pin to a thickness of 5 mm and cut discs of 10 cm in diameter, put a nut stuffing in the center and close crescent pressing with the tines of a fork. Bake at 200 ° C for about 15 ‘or fry in peanut oil.

The aubergine rolls with olives are delicious as an appetizer with a salad of arugula or as a main dish. First, cut the eggplant into thick slices about half cm, sprinkle with salt and put them in a colander with weights above to make him lose the water. Rinse and let them drain. Place them on the oven grid anointing with a brush and then bake at 180 degrees for about 20 minutes (you can also fry). Then mix the pecorino cheese with olives and chopped parsley, crushed garlic and place on each side of eggplant a slice of pancetta bacon, composed and slices of mozzarella. Roll up and close with a toothpick, place under the grill for about 10-15 minutes and serve hot.

Spaghetti with cherry tomatoes and olives

Wash and cut tomatoes in half. Heat in a pan 5 tablespoons extra virgin olive oil with a clove of crushed garlic, once hot add the tomatoes and olives. Cook a few minutes by squeezing some tomatoes to make a little of sauce. Meanwhile boil the pasta in salted water, drain it al dente and set aside a glass of cooking water. Skip the pasta in the pan with the tomatoes and olives. If necessary add a little of cooking water to the sauce and olive oil. Serve with freshly ground pepper

That of the street seller of pork sandwiches is a figure that appears even in the pages of a great Italian writer...

When you say pasta, you say Italy! Only here, in the Belpaese, can you find the most excellent producers of the...