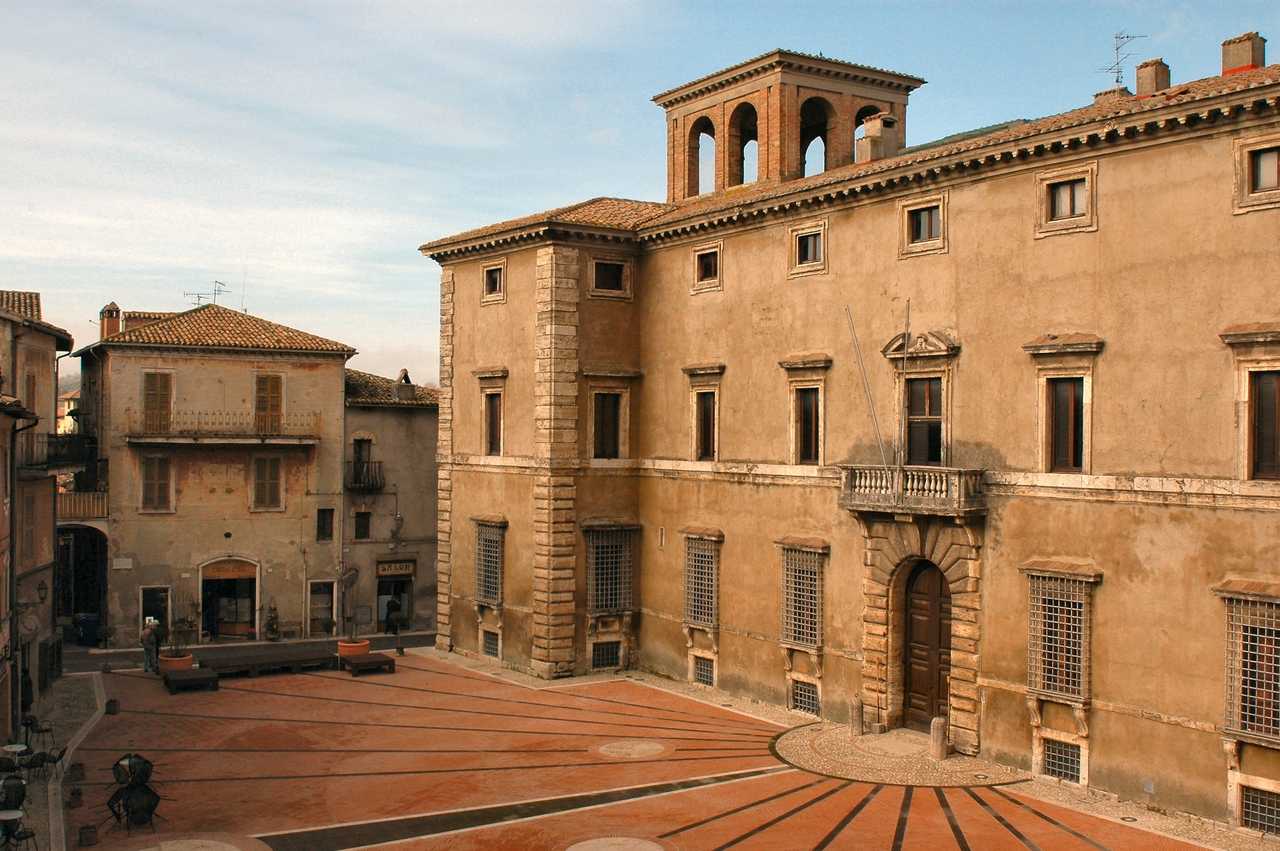 Acquasparta is a village located in the province of Terni, in Umbria. The name derives from the Latin ad Acqua Partas (waters scattered) and refers to the wealth water of the place, located between the sources of Amerino, Furapane, Sangemini and Fabia.

The village has two accesses: the first, through the “Porta Vecchia”, leads to the most ancient part going up for the “steep beads”, track and windy up to the top of the old town centre; the second is that of course of the Lincean Academy, the main street which leads to the heart of Acquasparta, the square entitled to Federico Cesi, founder in 1603 of the Accademia dei Lincei. The town preserves its medieval heart, but its most characteristic mark is the Renaissance, wonderfully represented by the architecture of the Church of Santa Cecilia and Cesi Palace.

Cesi Palace – Belonged to the prestigious umbro-roman family, it was commissioned by Cardinal Federico. In the courtyard there are the turret and the botanical garden used in the XVII as garden and scientific experimentation laboratory. On the noble floor, we can admire ceiling frescoes and carvings coffered wooden with a decorative richness.

Church of Santa Cecilia – Restored in 1761, the liturgical space is characterized by a single nave and eight chapels housing pictorial works of artists of central Italy.

Monumental Complex of San Francesco – Today it is the “Culture House Matteo d’Acquasparta”. The architectural complex, dedicated to the founder Bentivegna, the cardinal ambassador of Boniface VIII, probably originated in the middle of the thirteenth century.

Church of San Francesco – Built in 1294, it is expression of franciscan architecture. Behind the apse there is the franciscan small cloister recently renovated, the refectory and part of the dormitories refectory.

Church of the Crucifix – Built in the early XVII century, the church belonged to the Company of Madonna of the Lily that, in the neighboring Lilio Hospitalis Sanctae Mariae housed the sick and the poor.

Amerino water – A mineral and curative water known for its healthy properties.

Bread of the tile – A savory pie made with flour and fresh water, stuffed with vegetables and sausage or ham, cooked on a tile placed over an open fire.

Festival of the new wine – A festival with tasting of chestnuts and new wines holding in November.

Renaissance Festival – The feast wants to revoke the arrive of the prince Federico Cesi in the village. It takes place in June.

Boville Ernica, a small town in the province of Frosinone, is full of artworks. Start your visit from...

5 places to visit in Ancona

Lying on the northern foothills of the Conero, Ancona is an old port town full of monuments,  long history...