Autumn at the Bagatti Valsecchi Museum in Milan 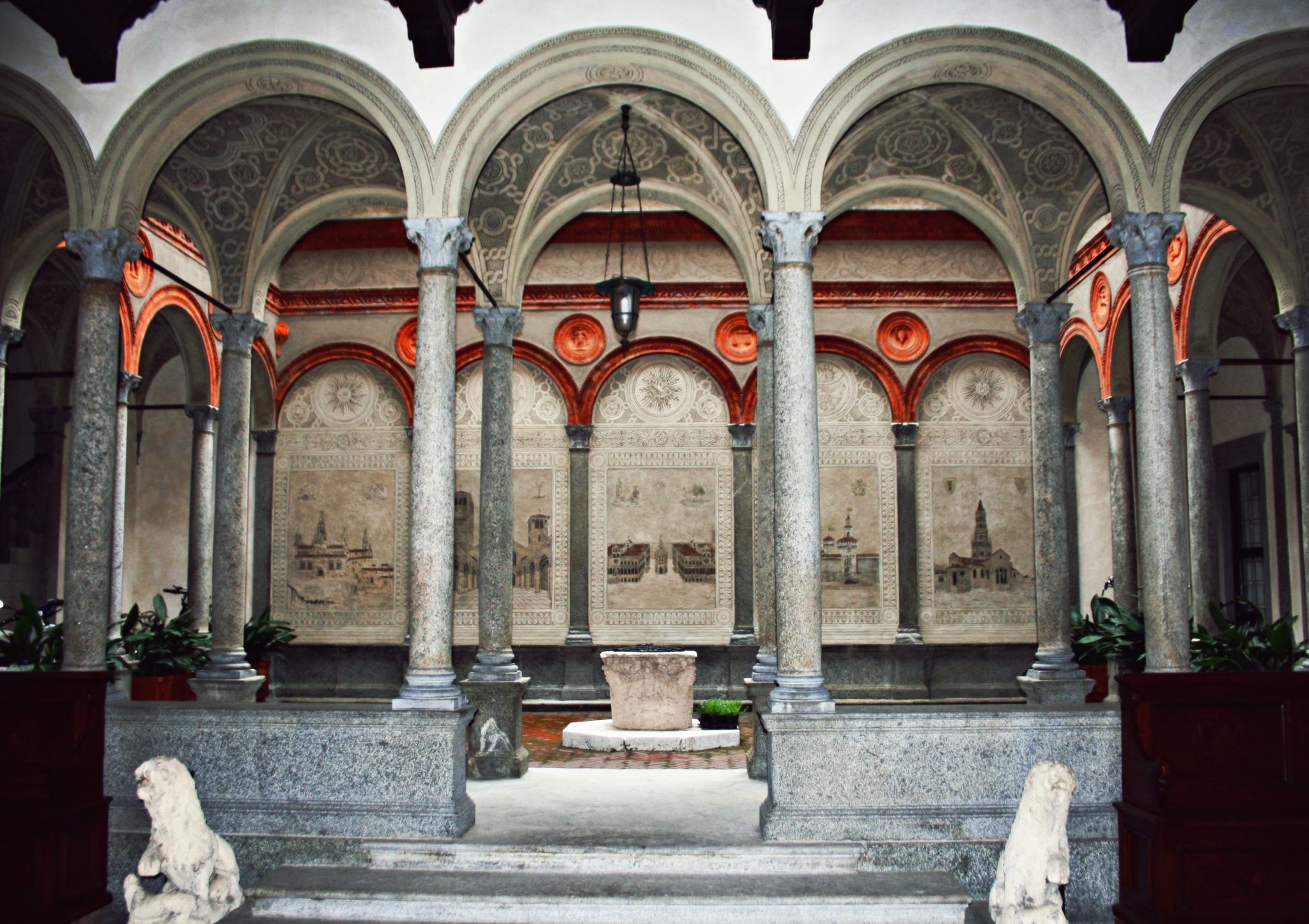 Milan, a city of fashion, design and economics, is also distinguished for its cultural excellence, including some of the most extraordinary and abundant museums. For the autumn, the Bagatti Valsecchi Museum proposes, as usual, an interesting and exciting program of exhibitions and cultural entertainments.

A sure answer to the question of what to visit in Italy.

The Bagatti Valsecchi Museum House wanted and created by the  Barons Fausto and Giuseppe, is distinguished for its collections of paintings and works of art realized between the 15th and the 16th centuries. The pictorial heritage preserved at Bagatti Valsecchi consists of works on board. They are of the Lombardy, Tuscany and in a small part Veneto school.

Among the works exhibited is the Santa Giustina by Giovanni Bellini. This is flanked by sculptures, ivory, ceramics, weapons, gold jewellery and a vast collection of scientific instruments. The latter include armillary spheres, a precious ivory microscope and celestial globes. Among the gold objects many crosses and relics stand out. The collection of weapons is an extremely rich one, hosted by the Weapon Gallery. Among armor, swords,  picks, and crossbows, the impact and the scenographic effect are assured…

Of no lesser interest is the actual house that hosts the collections. Inspired by the Lombard dwellings of the 16th century, the interior of the palace was designed and set up by the two owners with extreme care and attention to detail. Inside, many original architectural elements and fragments were used, such as friezes, fireplaces, decorations, wooden ceilings.

The autumnal program prepared by MBV starts on September 27 with “Milano Grand Tour”.

The initiative involves two itineraries whose aim is to make the collection of leather items from the 15th and 16th centuries known to the public. This goes from gun-cases to  parachute shields, and military boots to gunpowder flasks. The tour also includes an excursion outside the Museum, with a visit to a historic boot maker.

It continues on Sunday, October 1st, with the 2nd edition of Cacciallafesta, (Hunt the festa), an event involving hundreds of young people invited for a thrilling treasure hunt in the city – starting from Palazzo Bagatti Valsecchi – articulated in team trials. Last year, more than 350 kids took part in the hunt. On the 25th of October, “La Cultura si mangia!(Eat culture)”, Inaugurated in collaboration with Nascosta Città (hidden city).

The cycle, which includes five appointments in conjunction with lunch time, will offer five different moments of insight into the glorious Casa Museo. All accompanied by a sandwich and a drink. Each time, the Latin inscriptions chosen by the two founders of their home, helmets, shields and armor will be discussed. Then tapestries, furnishings and the dating of exposed objects. It’s a way to tell the story of a family and a house museum that for years has given prestige to the history of the city. A good way to start autumn in Italy, don’t you think? See you soon with another article … Meanwhile, read this too!

City of art, pearl of the Renaissance, Florence is a treasure trove of beauty and attractions that bear witness to...

The exhibition of the masterpieces by the Venetian painter Tintoretto to celebrate the 500th anniversary of his...