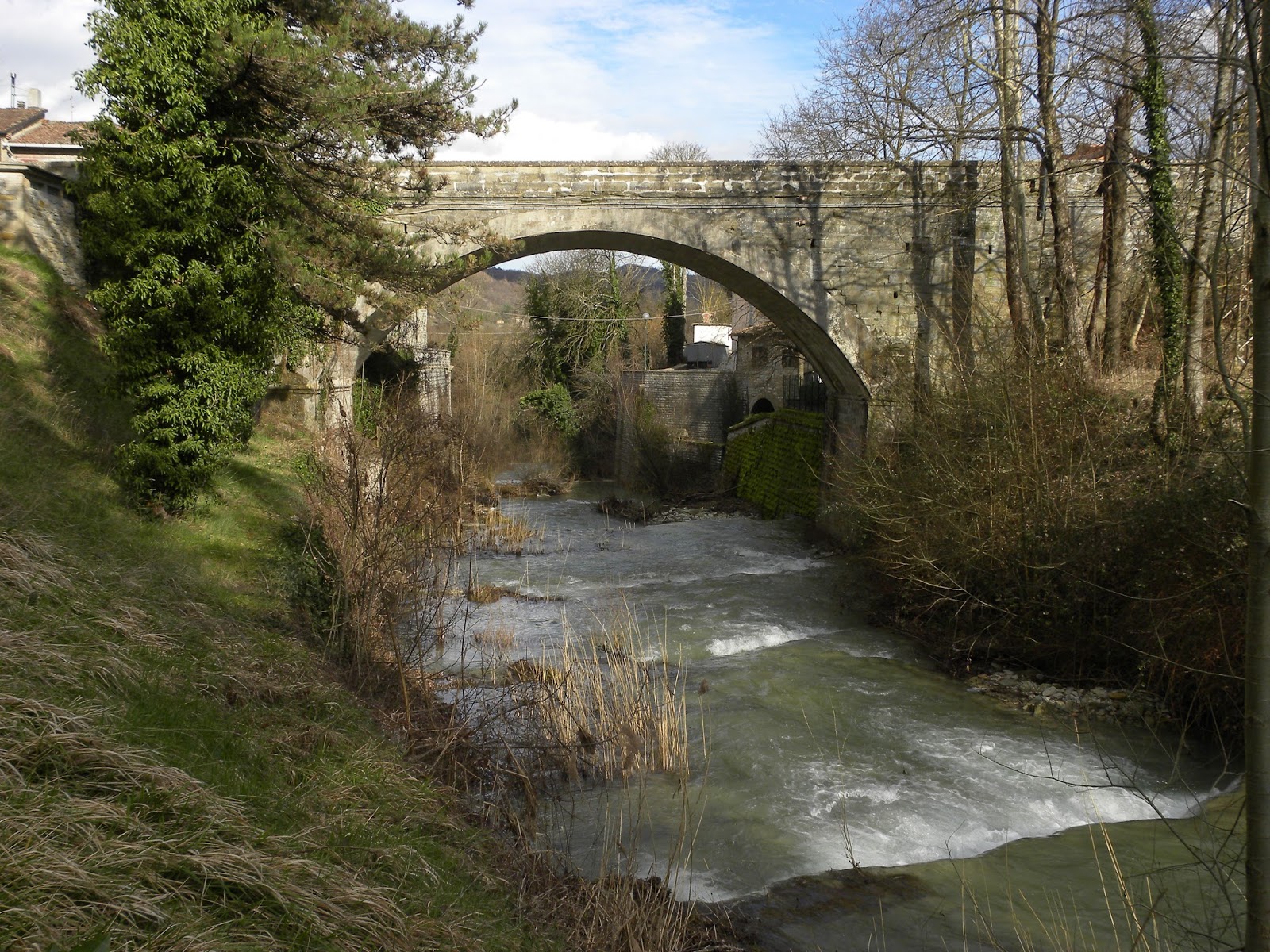 Borgo Pace is a village located in the heart of the Marche Apennines, in the province of Pesaro – Urbino, not far from the border with Tuscany. Here the ancient tradition of the charcoal trade is still handed down through the generations, and it is still possible to watch the wood being accumulated and processed to become coal.

The village of the charcoal burners 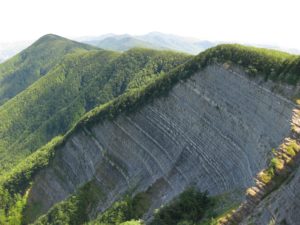 At the top of the 500 meter high hill located at the confluence of the Meta and Auro rivers, which together give life to the Metauro river, Borgo Pace, with its mere 700 inhabitants, retains a strong attachment to the land and the rural territory that surrounds it . The inhabited area is made up of numerous hamlets, often originating from ancient medieval castles, where the local population once took refuge. The area was known, in ancient times, as Massa Trabaria, because it was from the woods of the territory that came the “trabes”, the large structural beams deployed in the construction of basilicas and public buildings in Rome. The village is gathered around Piazza del Pino, overlooked by the church of Santa Maria Nuova, the Town Hall and the most important buildings of the town. In Santa Maria Nuova is a painting by Scuola Umbra, which dates back to the 16th century, and a Madonna with Child in polychrome majolica. In Località Lemoli, on the other hand you can visit the Basilica of San Michele Arcangelo, where the 15th century frescoes stand out.

And here, to stay on the subject, the traditional Sagra del Carbonaio also takes place on the second Sunday of October.

The Museum of the Carbonaio 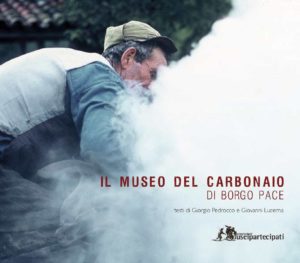 In this small village the Museo del Carbonaio has been created to house the photographic documentation, created by Pier Paolo Zani, and dedicated to the life and work of the charcoal burners. To accompany the images there are also transcripts of oral testimonies collected on site, but also historical and literary materials, including the novel Il taglio del bosco by Carlo Cassola, and L’industria del carbone dolce nelle Marche, a reportage signed by Luigi Rinaldi. 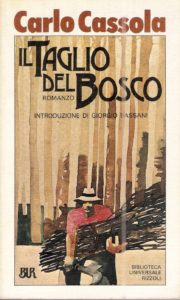 The Museum, housed in an old disused tannery, is not far from the center, in Località Le Conce. The path, a real anthropological journey, reconstructs all the phases of the charcoal activity, from the collection of wood to the transformation into coal.

The ancient profession of the charcoal burner

That of the charcoal burner is a very ancient trade, which is disappearing before the advance of the cheaper industrial-grade coal. However, in Borgo Pace, coal is still produced using wood from the area’s woods, quality being far superior to that obtained industrially (and which smells bad). 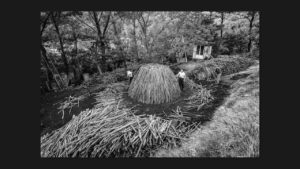 The artisanal production of hand-made charcoal is a long and laborious process. The arrangement of the woodpile and the subsequent “burning” phase take on average fifteen days. Wood is collected and selected (the suitable pieces being not burned, but sold for domestic use). Subsequently, the selected wood is placed around poles, forming a mound about two and a half meters high covered by a kind of chimney. The mound, inside which the burning embers is placed, is then covered with earth and straw. At this point the charcoal burner waits for the fire to flare inside the structure, constantly providing the right ventilation and, above all, taking care that the flames do not create problems. When the operation is over, soil is thrown over the structure, so as to completely extinguish the fire and let the coal cool.

Finally, the charcoal burner separates the coal obtained from the other elements present. In many cases, then, the charcoal industry coincides with that of the farmer, and that of the breeder. In fact, the charcoal activity alone would not be enough to maintain a family throughout the year. A charcoal burner usually makes four or five charcoal piles a year, selling his own product to local wholesalers or restaurateurs who still intend to use quality coal and artisanal products. To this we can also add that the charcoal burners have an important role to play in the environmental sense: they manage the forests from which they obtain the necessary wood, controlling them, protecting them and keeping them clean.

The Sistine Chapel can be admired in Rome, in the Vatican City, within the famous and crowded Vatican museums. The...

Giardino degli Aranci, A charming view of the Eternal City

Capital of Italy and one of the most beautiful and culturally rich cities in the world, Rome has always been...