Cakes for the day of the dead in Italy: TOSCANA, PAN CO’ SANTI recipe and history 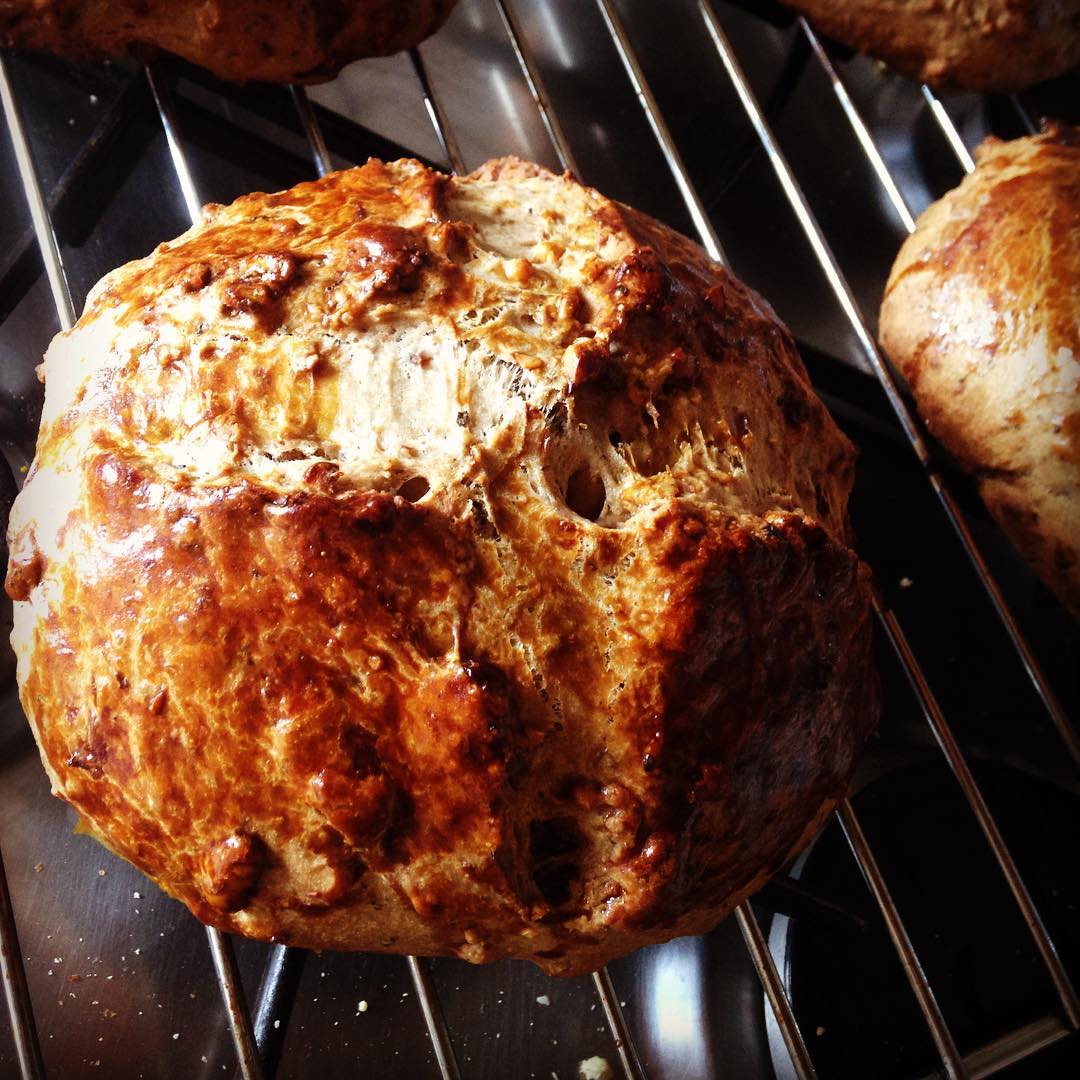 According to tradition, on the occasion of the All Saints Day, Pan co’ Santi is prepared in Siena. It is in fact a Sienese version of the cakes with raisins and dried fruit that are typical of this period – with many variations – throughout Italy. Among them all, Pan co ‘santi distinguishes itself for a marked presence of black pepper and a moderate sweetness.

Its preparation, in view of November 1, used to take place on Saturday, the day traditionally assigned to bread-making.

When, on November 1st , 840, Pope Gregory IV officially established All Saints Day, he created a link with the older tradition of the “day of the dead”, the occasion on which the Council of Trent called for fasting. Probably for this reason, popular tradition wanted that the most famous dishes of this period were cakes, to compensate for the sad moment of the commemoration of the dead. In all Italian regions, therefore, there are preparations of cakes that have common characteristics, and that refer to the symbolic custom of offering food to the dead for their “journey”. In Tuscany, and in particular in Siena and in the Maremma, the Pan co ‘Santi is considered a derivative of the so-called “pan mielato” (honey bread), which was the traditional cake yearly prepared in the past at this time of the year.

This tradition, however, dates back to the Greeks, who offered a very similar cake to the goddess Demeter, to get good crops, but also to the Lombard and Nordic culture. 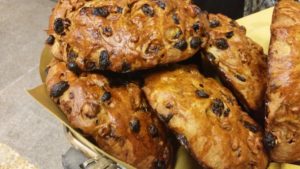 Pan co ‘santi is a soft bread, with a very thin crust, which can be crunchy or soft according to taste. It is prepared with a mixture of wheat flour, pork lard, oil. The taste is given by honey and black pepper. To the dough, then, walnuts and raisins are added which are first soaked in Vinsanto. These last ingredients are called “saints”. Usually, the loaf so prepared is engraved with a cross, and then brushed with egg yolk.

Some variations of this dessert also include the use of hazelnuts and toasted almonds. It is usually accompanied with a glass of Vinsanto or aged red wine. There is also another use of this dessert. It is cut into slices, which are toasted, to be then served with roast meat.

On this occasion we propose the “classic” recipe reported by Giovanni Righi Parenti, member of the Italian Academy of Cooking and of the Italian Chefs Federation, whose books represent the undisputed reference point in the world of cooking and gastronomy. 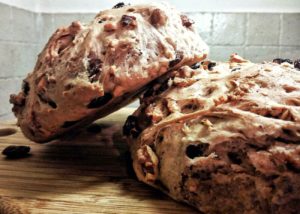 Soak the raisins in lukewarm water for at least 10 minutes, and then squeeze. Add the lard to extra virgin olive oil, melting it over a very low heat. Allow the mixture to cool. Dissolve the yeast in warm water. Combine the two flours, sugar, salt and pepper in a large bowl. Then add the dissolved yeast and the oil and lard mixture. Proceed by mixing with a spoon, and then with your hands, thus obtaining a smooth mixture. Add the raisins and the walnuts. The loaf so obtained should be covered with a cloth and left to raise, in a warm place, for about 3 hours. When the leavening is complete, divide the dough into three parts, thus forming three small loaves, arranged on a baking sheet. Make a cross-shaped incision on each one, leaving it to raise again for an hour. At the end, brush with the egg yolk and bake for 25 to 30 minutes at 180 °.

There are many ice cream stores scattered all around every city of the Belpaese, and therefore there are...

Cri Cri: the favorite chocolate of all generations!

The Cri Cri chocolate, a famous praline filled with crispy hazelnut and covered with tiny spheres of candied sugar,...