Carpi, discovering the Made in Italy 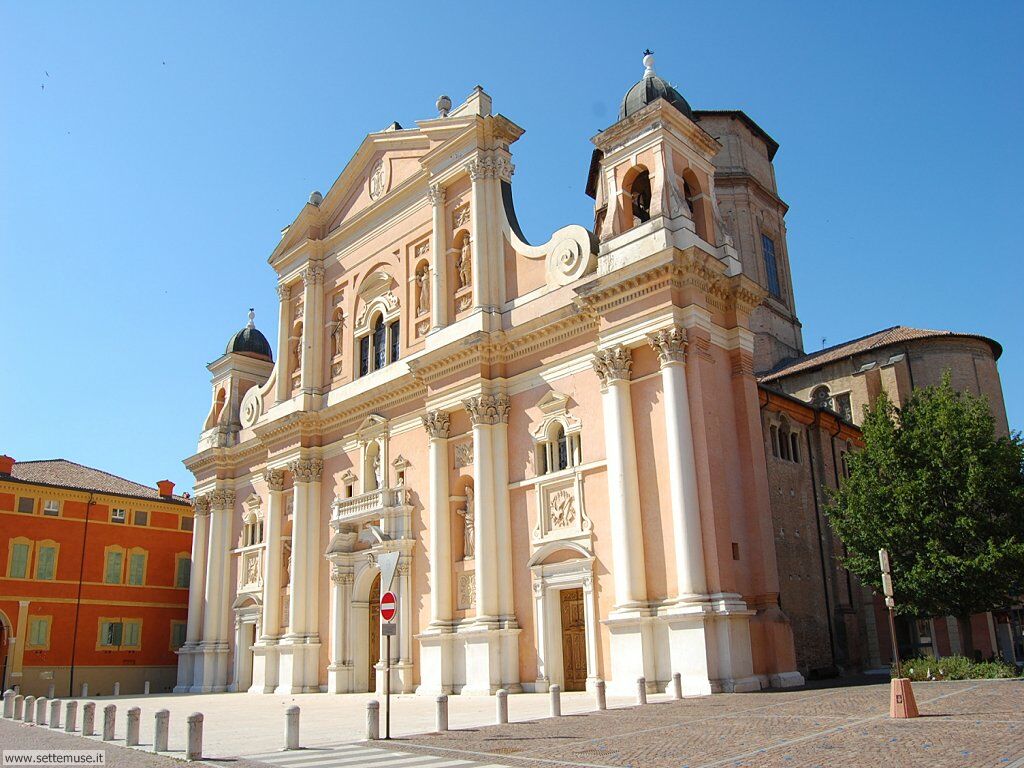 One of Modena’s pearls, placed at the center of the Po Valley, Carpi is characterized by a wealth of artistic heritage especially representative of the Medieval and Renaissance eras, for its always sharp cultural ferments and for an appreciated culinary tradition.

In pole position in the artisanship sector, especially textile, as a tourist destination for a weekend based on history, Carpi doesn’t fail to be chosen: it’s past, indeed, gave to the town numerous architectures and interesting urban spaces, such as the famous Piazza dei Martiri (Martyr’s Square), replacing during the Renaissance “piazza re Astolfo” (King Astolfo’s Square) in role of citizen core, as a result of the transformation of the ancient castle in Renaissance court, symbol of an historical and social evolution which affected the city.

Since the sixteenth century, Carpi’s economic fortune is linked to the artisan production: from the art of scagliola, that is a gypsum processing technique, which was colored and carved and used for the realization of altar frontals, to the art of shaving, up to the manufacture of hats made ​​by the intertwining of straws. In the postwar period, Carpi has become one of the driving centers in the textile industry of Made in Italy, with many small and medium businesses, and some large and established ones like Blumarine  and Liu Jo. The town sits at the center of the “Land of taste”, Modena’s area of good food.

Set among different provinces and regions, inherits from each of these knowledge and tastes – and the ingredients of its table prove it: traditional balsamic vinegar, rice, cappelletti in broth, pumpkin, zampone and cotechino, ham, fine mustard, parmesan cheese, Lambrusco Salamino of Santa Croce DOC (red wine), pears and fresh pasta stuffed.

Home-made ​​pasta is one of the flagships of the restaurant Il Barolino, a restaurant furnished with care and refinement where you’ll be able to taste all the specialties of the Emilian’s tradition in a modern environment. If you are lovers of the cappelletti in broth, and want to fast superlative ones, make a stop at Ristorante Il Carducci, where quality and excellence are combined with the typical friendliness of Emilian people.

Amongst Carpi’s most renowned products we can also find honey  – produced in three types: honey from chestnuts of the Modenese Apennines, wildflower honey of Modena’s plain and wildflower honey of the Modenese Apennines -, one of the main ingredients of the “fine” mustard of Carpi, a spicy sweet sauce used as a dressing for meat dishes or to accompany meats and cheeses. Excellence in this range is Apicoltura Giuseppe Ferrari, which has been working for years to raise awareness of honey as a complete and healthy nourishment to use in our daily diet.

If you want to spend a weekend in this small but rich town, Italian Traditions suggests you to stop at the Gabarda Carpi Hotel, which is just 3 km from the historic center and represents the ideal hotel for both who’s traveling for work and tourists who want to stay in a comfortable house. Just 200 meters from Martyrs’ Square we point out the Hotel Touring, always been the city’s landmark, where elegance and tradition come together beautifully.
5 DAYS TRIPEmilia RomagnaEmilia RomagnaJourneyModenaNorthern ItalyTrips to the Peninsula
Share

Modena, A city with infinite discoveries

Bellagio, the “Pearl of Lake Como”

Also known as the “Pearl of Lake Como”, Bellagio stands on a promontory that divides the lake into two...

5 Places to Visit in Mantua

If you’ve never been to Mantua, maybe it’s time to go! This northern Italian city is home to numerous artistic and...