Corinaldo, The longest walls of the region 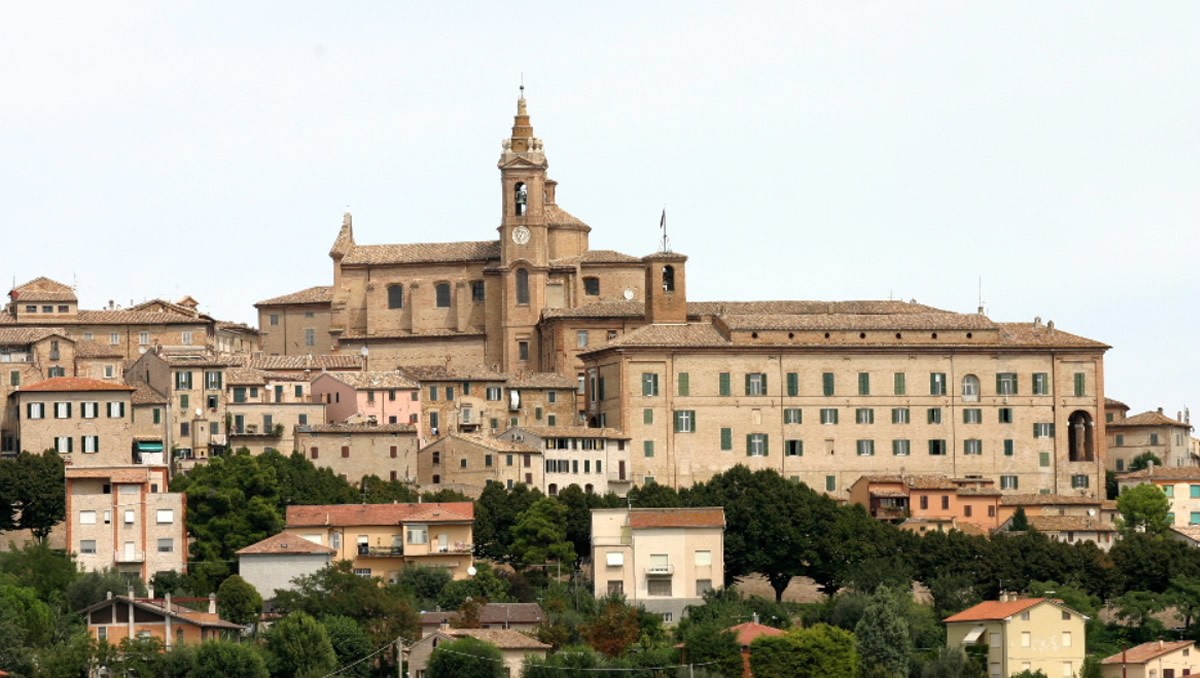 Perched in a strategic position between the March of Ancona and the State of Urbino, Marche, the symbols of Corinaldo are its imposing defense walls, which have remained virtually intact since the 1400s. Given Corinaldo’s proximity to the destroyed Roman city of Suasa Senonum, according to tradition its name comes from the cry curre in altum! (run, flee uphill) shouted out by the survivors of the barbarians’ violence.

The village has a number of noble residences and important civic and religious buildings; the heart of Corinaldo is the Piaggia, a stairway of one hundred steps toward which the red-brick houses converge in a herringbone pattern. The artistic development happened in the 17th and 18th centuries was due mainly to the presence of great personalities such as the painter Claudio Ridolfi and the organist Gaetano Antonio Callido, who left two exceptional pipe organs here. One of the most visited historical and architectural attraction of the region is represented by the walls of Corinaldo; they are recognized as the most imposing, fortified and well-preserved walls of the region. The towers that stand out are the Tower of the Sperone, the Tower of Scorticatore, the Mangano, and the Calcinaro, which takes its name from the job (lime-pit worker) of the person living there.

Town Hall – A fine example of neoclassical architecture with a long gallery in Via del Corso.

Former Convent of the Augustinians – It was built in the latter half of the 1700s and now an hotel.

Collegiate of San Francesco – It is very old but it appears now in the forms of its remodeling in the 17th and especially the 18th centuries, when the convent and new church were built.

Sanctuary of Santa Maria Goretti – With its former monastery now used as Costume Room of the municipal library, it incorporates in an eighteenth-century guise the old medieval church of San Nicolò. The inside is a beautiful example of late Baroque architecture and holds numerous works of art, including a large wooden choir with a splendid Callido organ from 1767.

Church of the Suffragio – Completed in 1640, it was later demolished and rebuilt and opened for worship 1779.

Wine – The area produces the Verdicchio, a delicate white wine.

Passatelli in capon broth – It is a specialty of the area, although it is originally from the cuisine of the Romagna region.

Vincisgrassi – It is a kind of baked lasagna made with layers of tomato sauce, parmesan, pasta and béchamel

Roast goose – It is tuffed with sage, rosemary and garlic and accompanied with thick slices of roasted potatoes.

Contesa del Pozzo della Polenta – The event holds on the third Sunday of July and wants to remember the siege occured in 1517. Three hundred people wearing historical costumes, flag-bearer and archers take part in it.

Fornelli, The country of seven towers

Epiphany, as tradition wants, acts as a closure for all pagan and religious Christmas celebrations. It is a fun and...

The Crotti represent a strongly rooted tradition in Chiavenna and in the homonymous valley, in the province of...