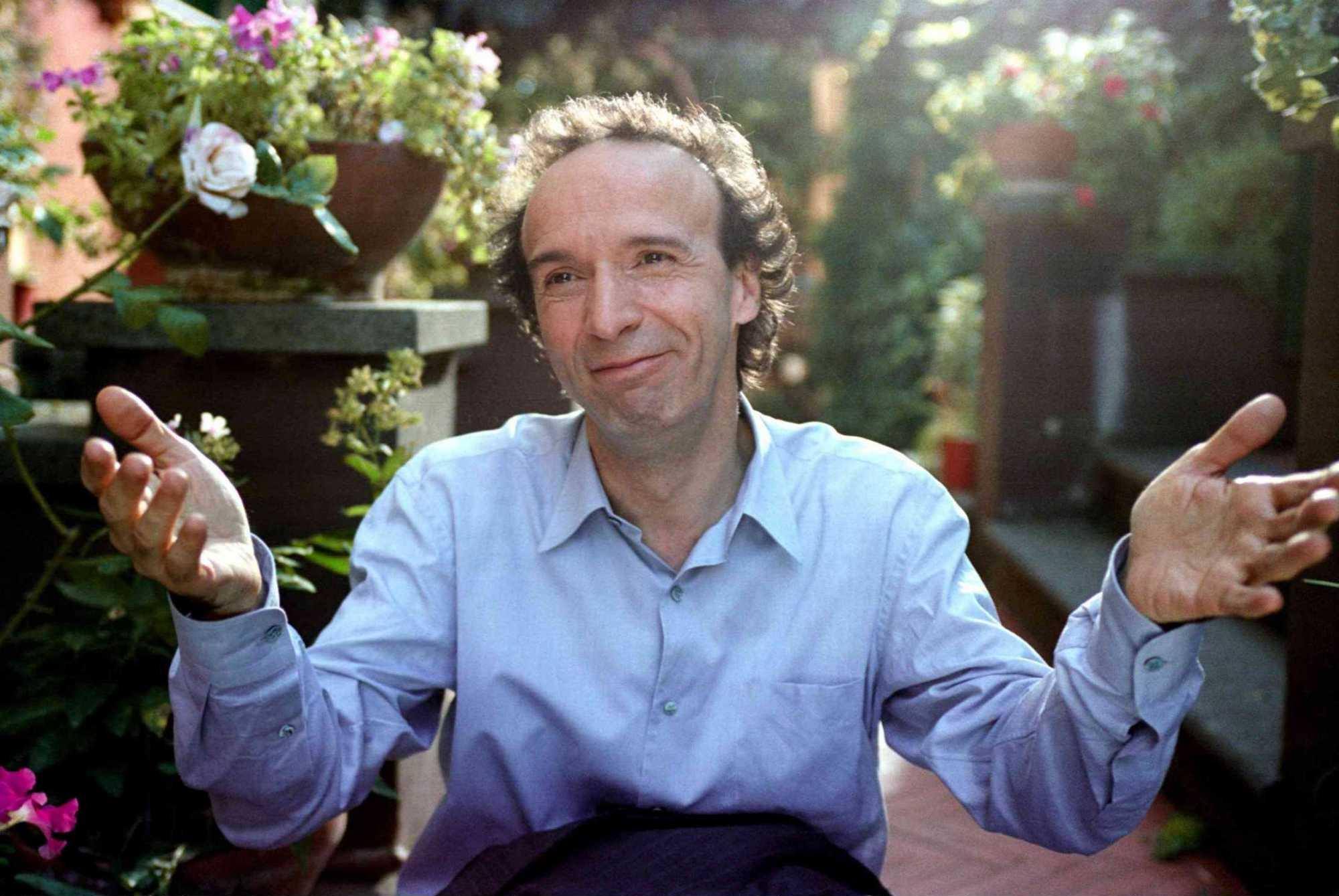 From the theatre companies to an acting and directing career

A symbol of Italy around the world, Roberto Benigni is one of the main sources of  pride for the country. But where does this comedian born with such a charismatic character come from? Let’s find out together, retracing his life.

Roberto Benigni was born in Tuscany on 27 October 1952 in Misericordia, in the province of Arezzo. Since he was very young he stood out for his open personality and for his contagious joy, qualities that will later become fundamental characteristics of his artistic career.

At an early age he started performing, joining a local theater company with the sole purpose of making people laugh. From there the road is short, and Benigni participates in an Italian television series, “Onda Libera”, which will help to create his reputation as a comedian.

From television to cinema

Thanks to other television appearances, despite the marginal roles played he was easily noticed. So much so that in 1975 Giuseppe Bertolucci decided to cast him for the theatrical monologue “Cioni Mario di Gaspare fu Giulia”, which will then be transposed on the screen by Bertolucci himself in the film “Berlinguer I love you”.

The numerous criticisms and controversies related to the film, such as the censorship of some scenes, make the figure of Roberto Benigni that of a niche character, uncomfortable and rebellious.

His friendship with great Italian celebrities

Popularity with the general public came only in 1978 with the program “The other Sunday” conducted by Renzo Arbore, in which the Italian comedian interprets a bizarre film critic. He will continue to collaborate with Arbore also in films, where is interpretation will become memorable, such as “Il Papocchio”.

Becoming a director: a new chapter in Benigni’s life

Benigni’s artistic and multifaceted inspiration leads him to have significant experiences even behind the camera. Despite having managed to direct some theatrical performances, only in 1983 did he have the opportunity to direct the film called “Tu mi turbi”. It was destined to have a notable success that allowed him to go ahead with “Non ci resta che piangere”.

From this moment on, Roberto Benigni is recognized as an undisputed talent of Italian cinematography. For this reason it will be the same Bertolucci who signs the direction of a feature film entitled “Tuttobenigni”. This is a real case study, an anthology that traces the main live performances of the Italian actor and which still today is a manual for young aspiring comedians.

An Italian success that reaches America

Benigni’s capabilities have even taken him across the continent, reaching America. Here he will live an unforgettable experience that will give him world recognition. He is directed by Jim Jarmusch in “Daunbailò”, together with Tom Waits and John Lurie, a film with a bizarre character and subtle and refined humor, that in a very short time will be included in the cult category.

But the foreign experience does not end there. Subsequently, in fact, always in the international arena he will be the protagonist of an episode of “Taxisti di notte” along with actors of international fame such as:

Roberto Benigni is one of the major synonyms of Italianity of which we can be proud.

Where to go at Christmas in Italy? 5 cities to visit

Since 2010 she has directed Italian CIA-Farmers, one of the most important confederations of farmers and...

On the night between 1st and 2nd November 1975, Pier Paolo Pasolini, Italian writer, poet, director and...