Discovering the Naviglio Canal Through the Martesana Bike Path 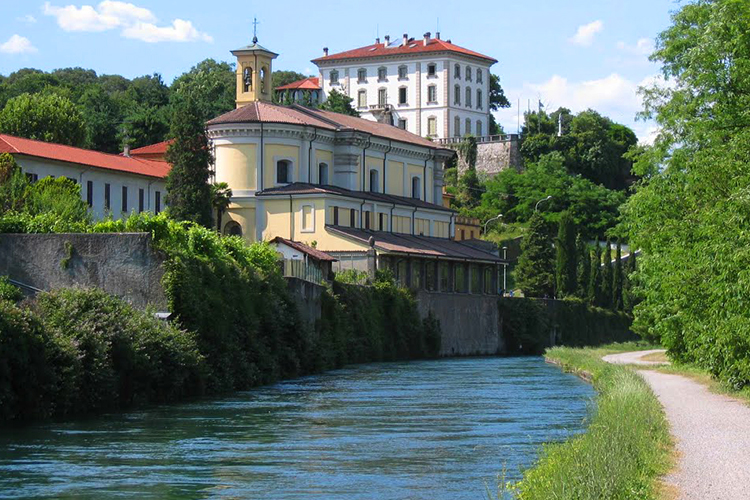 Undoubtedly the most European and International city in the Belpaese, Milan conceals and displays its many wonders, meanwhile always managing to surprise, hitting where you with awe when you least expect it, keeping a continuous and fascinating balance between old and new. Among the many treasures, however, the Meneghini canals are certainly one of the most popular and beloved, even by the Milanese themselves, as they have been the real heart and soul of the city for centuries, whose origin are linked to the timeless genius, Leonardo da Vinci.

Among these, the Martesana Canal, born from a project in 1443 by some of the most illustrious citizens of the time, who wanted to divert the waters of the Adda, in order to create a waterway that would allow for the transportation of goods and would facilitate irrigation. Named after the  countryside it crosses on its course (and also known as Naviglio Piccolo), it flows from Trezzo to Milan for a total length of 38 km. The path runs alongside the ancient Roman road that follows the Adda, and passes through the towns of Trezzo, Vaprio, Cassano, Inzago, Bellinzago Lombardo, Gessate, Gorgonzola, Busselton, Cassina de ‘Pecchi, Cernusco sul Naviglio, Vimodrone and Cologno Monzese. It is on this ancient winding road you can find the Martesana bike path, track that is almost completely flat, built in the 90s and suitable for every type of bicycle. It starts from Via Melchiorre Gioia in Milan and extends for 30 km through all the previously mentioned locations, following the path of the waterway from which it takes its name.

During the bucolic journey, surrounded by green spaces, you can enjoy the relaxing views on your two wheels, but also the many corners of great historical and environmental value that you will encounter during your cycle. Among these are numerous luxurious villas built the most noble families of Milan in the 1600s, located on the left bank of the waterway, close to Cernusco. Later you’ll pass through Gorgonzola, where you can still see the old landing, wash houses and a very special wooden house-bridge. It is recommended to continue until Groppello d’Adda in order to admire the wooden wheel of the ancient water mill that was first rebuilt in 1989 and then again in 2009, following the plans of the original one from 1618. Without forgetting the Castle of Cassano d’Adda, important the 1800s and also relevant in medieval times between Guelfi and Ghibellines, also called Villaggio Crespi. It is a small town built by the entrepreneur Crespi for his cotton mill workers: an original project which, in addition to housing, provided a flower garden, a vegetable garden and a series of services that anticipated the state protection, which has been incorporated in the list of World Heritage by the UNESCO. These are just some of the many wonders visible following the route of the ancient canal, full of amazing architecture and lush vegetation, an ideal location for a relaxing day away from the stress and bustle of the metropolis.

Among the events in Milan in May, we at Italian Traditions were intrigued by Beyond The Castle: an initiative...

Cycling paths in Italy: the best itineraries and cycling routes among the Italian regions The Italian Peninsula...