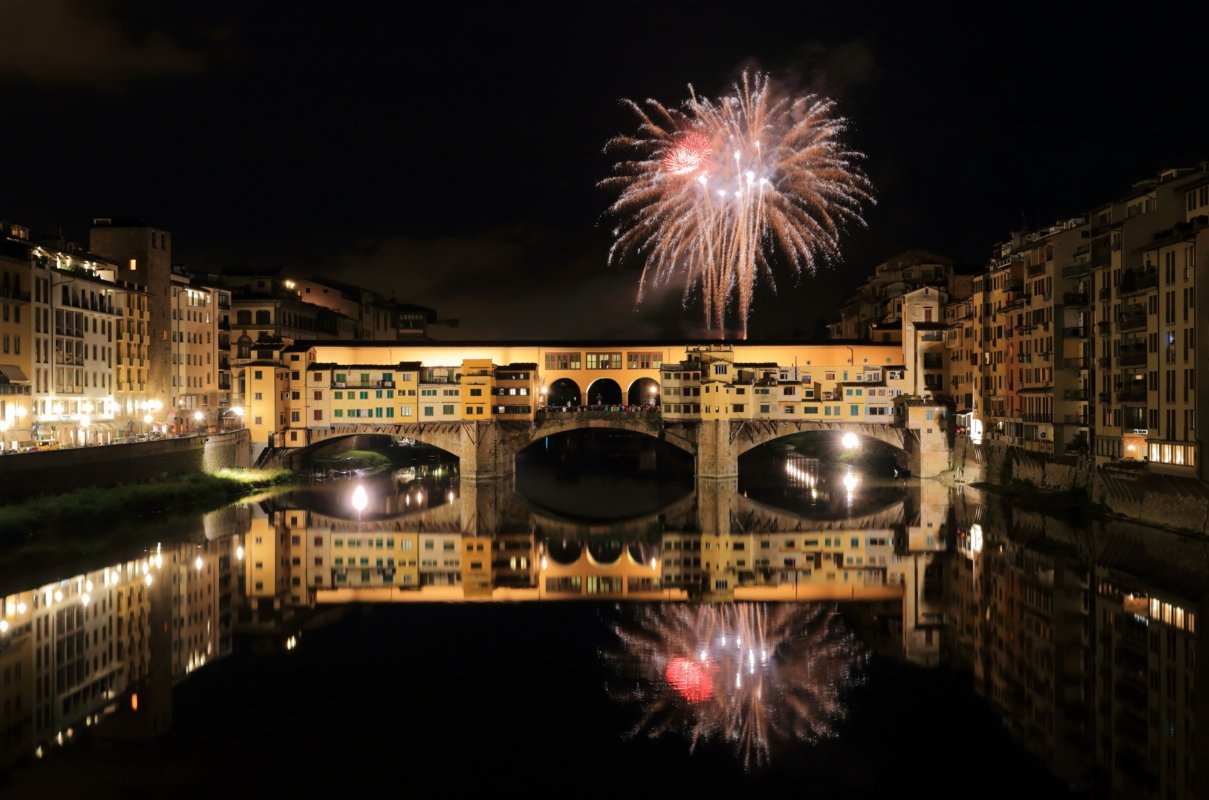 On June 24th, within the events in  Florence in june, has been celebrated San Giovanni Battista, the patron saint of the Tuscan capital. On this occasion, a great celebration was dedicated to the Saint – a symbol of moral rectitude and political correctness – which included cultural and folkloristic events, shows and fireworks. 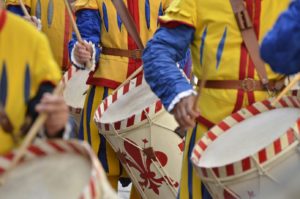 Events in Florence in June: The celebration of San Giovanni Battista

The origins of the Celebration of San Giovanni Battista date back to ancient times, when the nobles of Florence, used to donate candles in honour of the Saint. As time passed, and with the growth of power and wealth of the Florentine lords, candles became increasingly rich and decorated and were used to adorn the Baptistery as well as being sold to collect contributions for the Church. The custom of the city procession also dates back to those times when on the morning of June 24th, the Mayor and the authorities would parade from Palazzo Vecchio, bringing the Banner up to the Baptistery, to give the candles to the Patron. The Archbishop of Florence after receiving the offer of candles, officiated the Solemn Mass in the Cathedral. 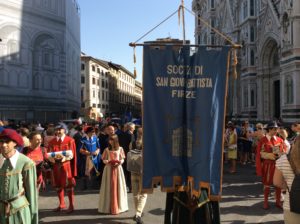 Boat trips on the Arno and Torre San Nicolò

The Celebration of San Giovanni is usually also an opportunity to visit the Arno river by boat. The boats used for the occasion are managed by the “Renaioli” who take visitors on board and travel throughout the day until the famous firework show in the evening. Moreover, every 24th June the completely restored Tower of San Nicolò is reopened, which is part of the ancient ring of walls in Florence and can be visited until 30th September.

Another tradition with deep and ancient roots that is renewed on the occasion of the Celebration of San Giovanni is the Florentine football final that draws its origins from the XVI century and represents a mix between football, rugby and wrestling. This year the Florentine football final saw the teams of Santa Croce, Santo Spirito, Santa Maria Novella and San Giovanni involved. Before the game the Historical Parade started from Piazza Santa Maria Novella and crossed the historic centre of Florence and then reached Piazza Santa Croce, for the challenge of the final match. 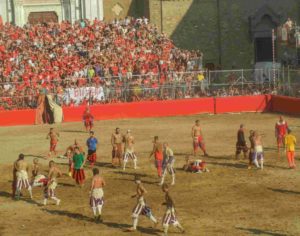 The fireworks of San Giovanni

The intense day dedicated to the celebrations of San Giovanni ended with a great firework display. It was held from 10pm to 11pm and took place in Piazzale Michelangelo. Every year it attracts the attention of the Florentines, but also tourists and visitors to the city. The Piazza, placed in an elevated position, guarantees an excellent view of the fireworks in different points of the city.

From the theatre companies to an acting and directing career A symbol of Italy around the world, Roberto Benigni is...