An Italian and the Fall of the Wall 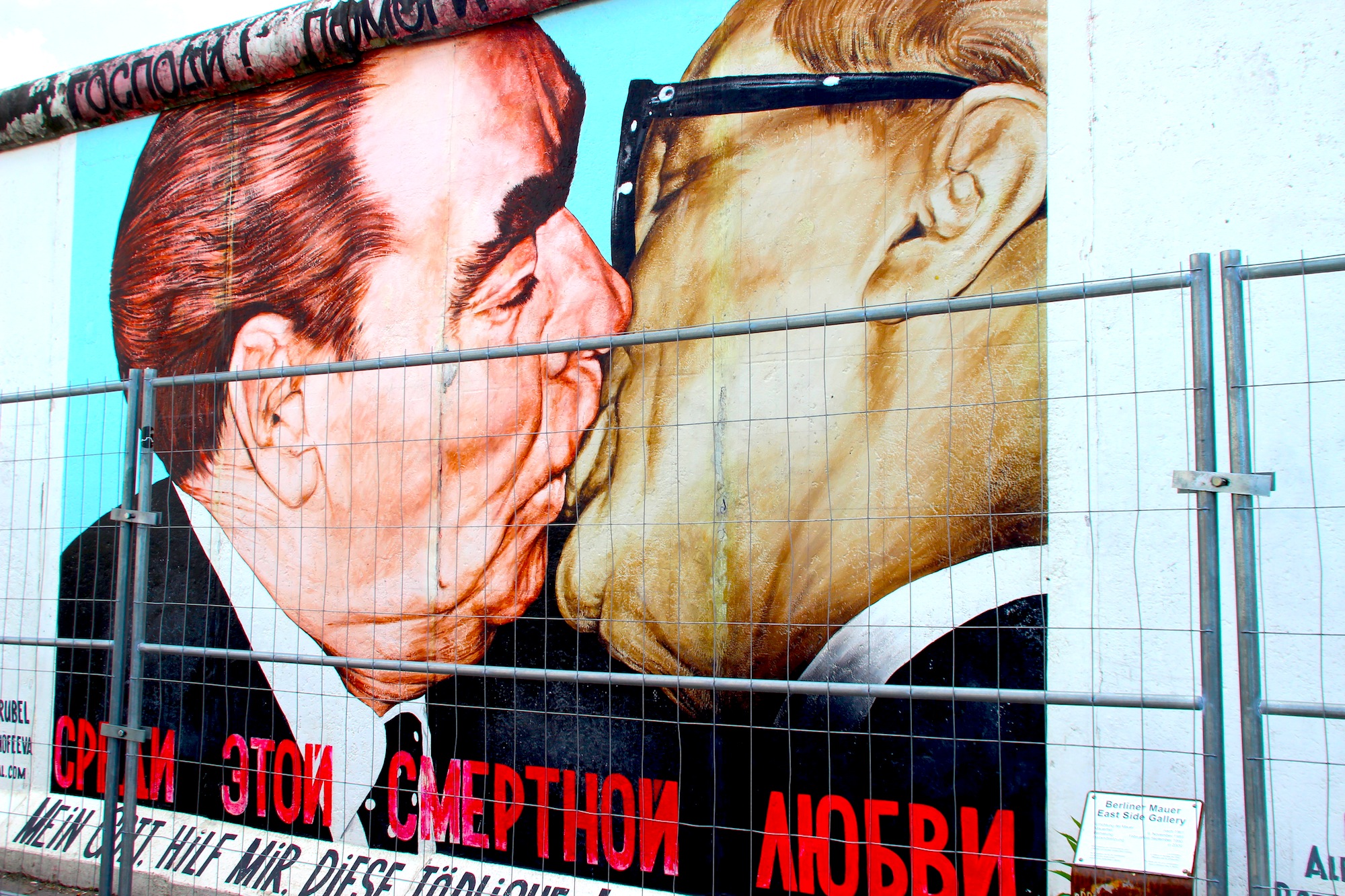 November 9th, 1989 is the date when the “fall” of the Berlin Wall is celebrated, it was the barrier that separated West Berlin from East Berlin. Until then, East Germany had banned the free movement of citizens to the West, closing the city behind the so-called Iron curtain, a real European border line that divided the area of ​​American influence from the Soviet one, this all began with the so-called “Cold War”.

Two parallel walls of reinforced concrete, fortified and guarded by the military were separated from each other by what was called the “death strip”. This was the Berlin Wall, which according to official estimates was the place where at least 133 people found their death, killed while trying to cross the barrier to enter West Berlin.

The history of the wall

After the end of the Second World War, at the Yalta Conference it was decided to divide Berlin into four sectors, controlled and administered by the winning nations of the conflict: the United States, Britain, France and the Soviet Union. In 1948 the Soviet Union decided on the so-called “Berlin Blockade”, forcing the Allies to establish an airlift to supply the citizens of Western sectors – physically surrounded by East Germany – with food and basic necessities. Between the two cities there were 13 crossing points, among them the often-mentioned “Checkpoint Charlie” and Checkpoint Bravo.

With the progress of the “Cold War”, the people of Berlin were forced to limit their movements between the two sectors, until the definite closure of the borders between East Germany and West Germany, in 1952. From that moment about 2.5 million Germans escaped the East to take refuge in the West.

Until the night between 12th and 13th August 1961, when the first concrete blocks for the construction of the Wall began to be laid, in order to prevent the exodus. The Wall completely surrounded West Berlin, closing the western sectors in a sort of “pocket” inside the eastern ones. The following year, a second wall was built, enclosing the so-called “death strip”. The Wall was reinforced, in various phases, until 1975, reaching a height of 3.6 meters and counting 45 thousand sections assembled together. During the period in which it was standing, the Wall saw about 5,000 successful escape attempts, while the number of East Germans who died in an attempt to cross over was calculated between 192 and 239. The first person to lose his life was Ida Siekmann, on August 22nd, 1961, she jumped from her apartment trying to land beyond the Wall, while the last was Winfried Freudenberg, who died March 8th , 1989 while trying to escape aboard a hot-air balloon.

The fall of the Wall

The fall of the Wall, on November 9th, 1989, was actually “announced” by an order issued by the Government of East Germany. After a few weeks of public disturbances, and through political conditions that pushed in that direction, the eastern government proclaimed that visits to West Berlin would be allowed. The citizens of East Berlin reacted by climbing up on the Wall, and managing to get over it, reaching the inhabitants of the West. The border guards were caught by surprise, as the act had not yet been promulgated, but it was however evident the sheer impossibility to stop and send back the huge crowd that had rushed right up to the wall. For this reason, the checkpoints were opened and the usual identity checks were not carried out, and the two towns were finally reunited beyond the Iron Curtain. 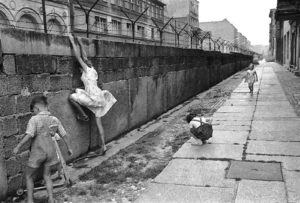 In the days immediately following, some portions of the Wall were demolished, taken away by the crowd that turned them into “souvenirs”, called “Mauerspechte“; or “sections of the wall”. The actual demolition took place afterwards and brought down what remained standing, keeping just 6 portions to serve as a monument, visited by tourists today especially near Potsdamer Platz, on the banks of the Spree and in Bernauer Strasse. The latter, in 1999, was transformed into the Memorial of the Berlin Wall. 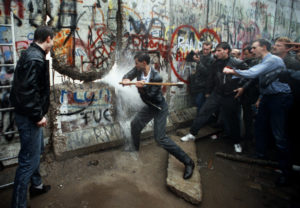 The event would kick off the German Reunification in 1990, which officially ended on October 3rd, 1990. That same year, on July 9th the Fall of the Wall was celebrated with a historic concert by Roger Waters, former bassist of the Pink Floyd, who played The Wall on that occasion.

An Italian and the Fall of the Wall 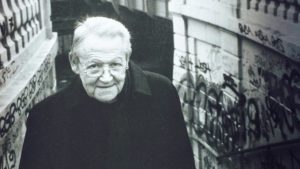 Riccardo Ehrman, Florentine journalist correspondent of the Ansa Agency in Berlin, was present – on November 9th, 1989, at 6.00p.m. – at a press conference held by Günter Schabowski, the propaganda Minister of East Germany. The minister made a vague reference to the opening of the borders, and the Italian journalist urged him on by asking “Yes, but when?”. Schabowski went into confusion, not having received precise indications from the Government, and rushed to answer: “for all I know, even now, right away.” The minister’s reply prompted a group of eastern Berliners to reach the Bornholmer Straße border crossing, asking to be allowed to enter the West side. To the negative answer of the border guards they replied that Günter Schabowski had announced it on television! Meanwhile, the group grew in number, until it became a crowd, and the guards gave way. And this despite the orders of the Stasi, the secret police, to register the identity of all those attempting to cross the border. It was therefore an Italian who was responsible for pushing Günter Schabowski to the official declaration that would lead to the fall of the Wall and the border.

Beyond this specific episode, the fall of the Berlin Wall has represented, and continues to represent an event that has profoundly influenced European and Italian public opinion. In Italy, in particular, apart from the end of the Cold War, it marked the beginning of the end of the great political ideologies, helping to start the process that led to the end of the First Republic.

Every year among the Events in Sicily in May and more precisely during the third weekend of the month, in Noto the...