The Fontana Sisters is a famous trio, acclaimed in the fashion world and above all 100% Made in Italy. Their contribution to the spread of Italian haute couture abroad has been truly impressive, and despite all three have now passed away, the family business has been left in good hands and their work continues to bear fruit. But who really were these three sisters, so famous in the universe of Italian and foreign tailoring? What was the secret of their irrepressible success? Let’s take a closer look. 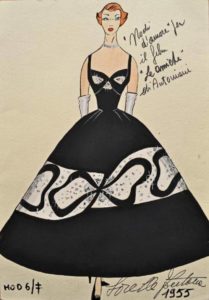 The Sorelle Fontana, as well as being a real trio of the sisters Micol, Zoe and Giovanna, is also a brand registered with the homonymous name. It was 1938 when three young women, in the middle of the world war, began to work as dressmakers creating tailor-made clothes for high society, thus continuing tradition and sartorial passion carried forward by former generations of the family. It all started with a small atelier, which from Traversetolo, in the province of Parma, in their native town, took them straight into the heart of the capital, Rome. Fortunately for them, the very first customer was Gioia Marconi, daughter of the famous Guglielmo Marconi. Their name spread throughout high society at the speed of light and their fame ended up becoming an international phenomenon. But let’s start from the beginning …

Fontana sisters: who were they? 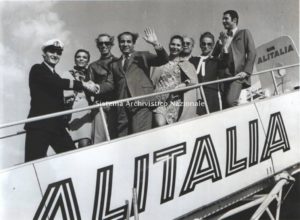 The Fontana sisters were the daughters of a normal family, not too wealthy and in which the passion for fashion had always been present. After moving to Rome to pursue their dream, they initially changed location twice, first moving to a sort of home / workshop, and then returning to the first location but this time expanding the workshop over three floors, and hiring new staff. What we are sure about is that the Fontana Sisters never gave up: in the worst times, marked by the poverty caused by the World War II, they did not stop a single day of work, continuing to buy fabrics and sewing material by bartering it with suppliers in exchange for self-produced fruit and vegetables, from the family garden.

History of the Fontana Sisters: from the outset of haute couture

The true boom of the Sorelle Fontana atelier coincided with the 50s and with the presence in Cinecittà of numerous foreign artists. This allowed the sisters to serve clients like Mirna Loy and Linda Christian, Liz Taylor, Sophia Loren, Audrey Hepburn, Grace Kelly and even Jacqueline Kennedy and Barbara Stanwyck. They were costume designers of Anita Ekberg in the film La dolce Vita, a world colossal, and were also the official stylists for the Italian flight company Alitalia, producing the models for the crew’s uniforms. In 1953 they also founded, together with other leading figures in the sector, the SIAM, or the Italian High Fashion Syndicate which over the years became the current National Chamber of Italian Fashion. 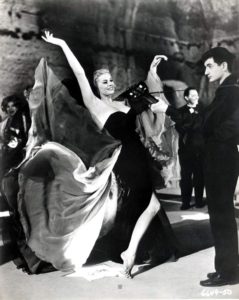 Other curiosities about the Fontana Sisters

A two-part television miniseries was dedicated to The Sorelle Fontana broadcast for the first time on Rai 1, in 2011, in which Micol herself took part in a cameo. But this is not the only curiosity about them: some of the most famous dresses of the golden age of the fashion house are in fact exhibited in the largest contemporary museums in the world, from the Guggenheim to the Metropolitan (both in New York) to the Louvre in Paris. The two sisters Micol and Giovanna in 1983 also donated some of their works to the Parma study center as a fund, which is still public today and can easily be consulted, composed of over 6,000 mixed-technique drawings, from sketches to definitive designs.

25th, November the international day to end violence against women. Italian women who have made history

Every year among the Events in Sicily in May and more precisely during the third weekend of the month, in Noto the...

LUXURY ITALIAN BRANDS: THE GUCCI GARDEN A MUST TO VISIT IN FLORENCE, THE MUSEUM DEDICATED TO GUCCI

LUXURY ITALIAN BRANDS: THE GUCCI GARDEN A MUST TO VISIT IN FLORENCE, THE MUSEUM DEDICATED TO GUCCI The Gucci Garden...