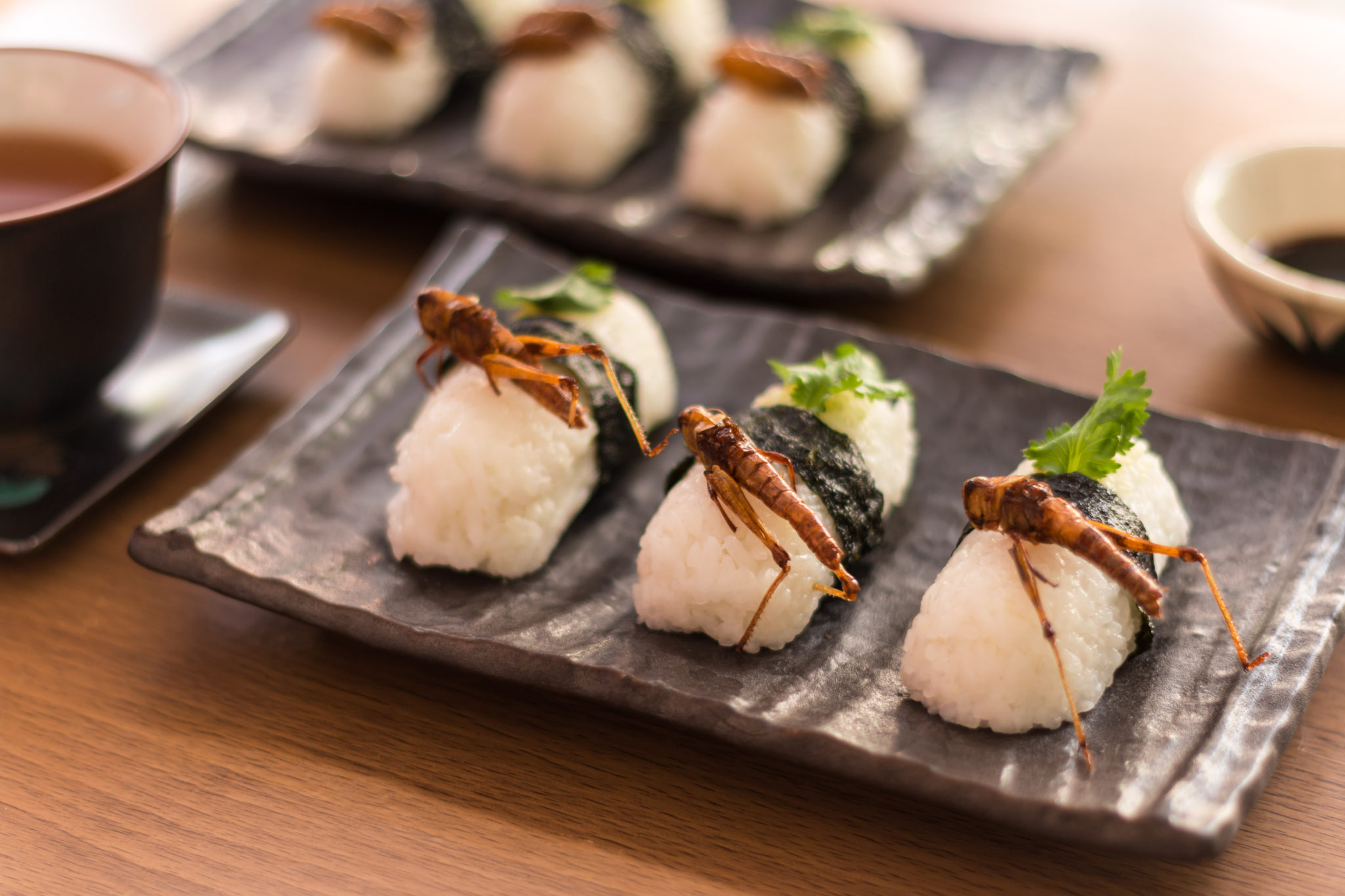 Grasshopper starter, seaweed soup and, as main course, an artificial grilled burger. Don’t you believe it? According to the United Nations estimates, to feed the extra 2 and a half billion people which, according to some foretells, will populate Earth in 2050, it will be necessary to double the global food production, reduce waste and experiment “alternative” foodstuffs. Revolution has already begun, as evidenced by the growing interest of Western chefs, scientists and nutritionists towards a seaweed, jellyfish and insect diet.

To turn the spotlight on this alternative nutrition which awaits us in future, is CNR in 2015, in a conference organized together with FAO at the Open Plaza-Expo Center. The conference entitled “Research, sustainability and innovation in new foods” has explored the new global supply scenarios to find solutions applicable on a large scale and low impact. It would seem that dishes based on insects, algae and jellyfish may be a sustainable and economic source of nutrients able to stem the tragedy of hunger in the world, supporting future generations without increasing the global supply environmental footprint. Rich in proteins, minerals and vitamins, among the most popular edible insects we find locusts, grasshoppers and crickets, easy to catch and with a flavor that goes well with everything. Jellyfish are another possible food for the future. As a matter of fact, according to experts, they could easily turn from being “ a problem for our seas” to be instead a resource for the population.

Recent researches have shown anticancer properties extracted from the molecules of the Mediterranean Cassiopeia jellyfish, substances that have been proved effective in fighting against cancerous cells, especially breast cancer. In a few years time, biotechnology will even allow to create “artificial meat“, making it grow in laboratory from stamina cells extracted from animal muscles.

For vegans, and for those who shun the idea of eating insects and meat grown in a laboratory, algae may be a valid alternative, more precisely by some micro-algae. The best known example is the Spirulina, very rich in proteins and essential amino acids, but also in vitamins and antioxidants.

Western nutritionists and chefs, will then have an important role in this strange food revolution, because they’ll have to develop diets and tasty recipes with new ingredients. An already achieved goal, created by an Italian researcher, are healthy and nutritious energy bars made from insects and larvae.
Current News & FolklorefoodFutureHeadingsPancette e coltelli
Share

Cradle of the Eternal City and the true heart of the Italy, Lazio is not only a real ancient open-air monument,...

Ranch Riding Tuscany is the riding centre of Belmonte Vacanze Farm Holidays in Montaione just a few kilometres from...