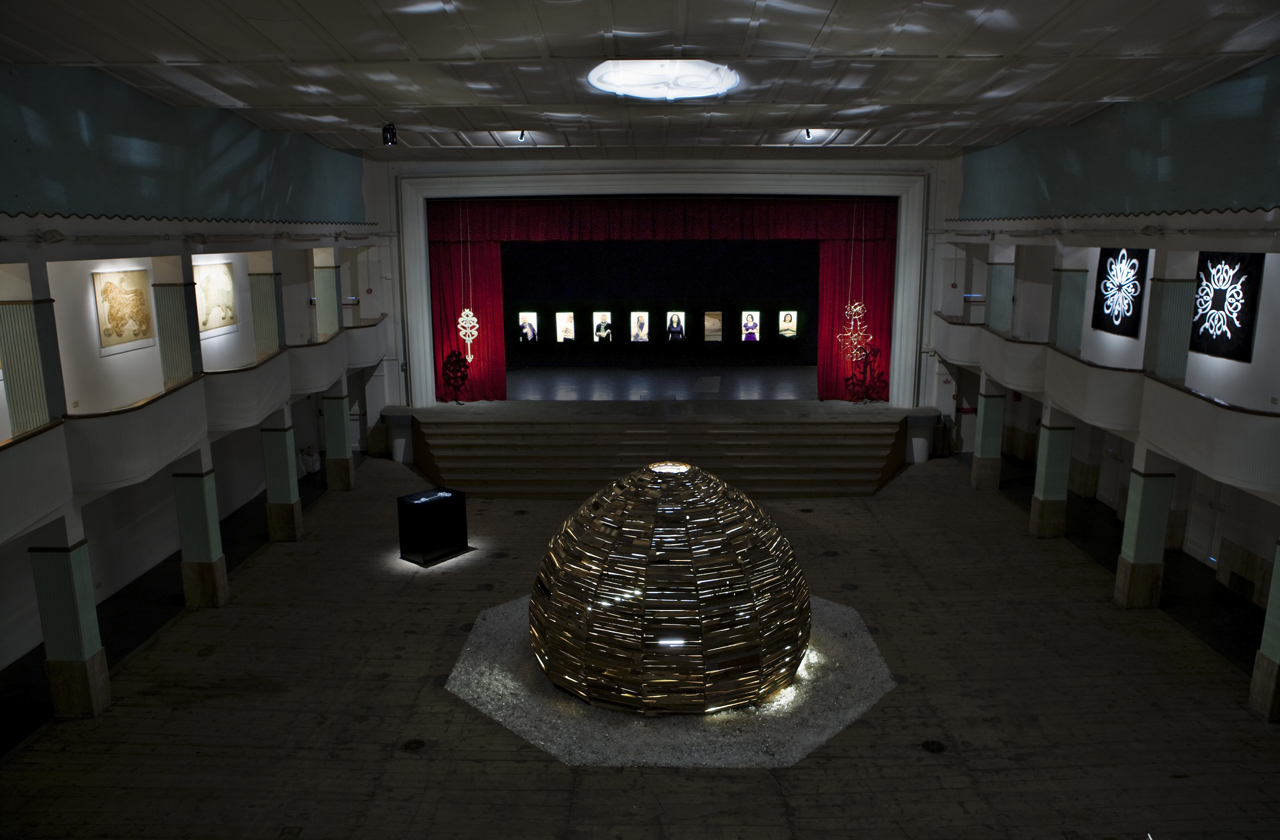 Thanks to its ideal location in the center of the Mediterranean, Italy has always been very receptive to the cultural influences from other nations, Greek and Etruscan above all, demonstrating since ancient times great interest in art. Throughout history, Italians have always shown great flair and creativity, arriving to produce immortal works that still attract tourists from all over the world.

Among these at the national and international level certainly distinguishes the well-known Galleria Continua: founded in 1990 in a former cinema of the 50s in the charming village of San Gimignano, it is a creation of Mario Cristiani, Lorenzo Fiaschi and Maurizio Rigillo, three friends united by love for art and with great ambitions, which they were not afraid to venture to open a gallery in a small Tuscan village, far from the big cities and the art market, without ever losing the will and passion. In fact, right from the relationship with the Tuscan territory were born new possibilities of dialogue and symbiosis between unexpected geographies, rural, industrial, local and global, between art of yesterday and today, including renowned and emerging artists, in a simply and initially raw context.

Since then there have been twenty years, and the Galleria Continua has created, through encounters and experiences, a strong identity around values ​​of generosity, professionalism and sophistication that are the basis for its artistic collaborations, for its relationship with the public and for its growth, and has hosted exhibitions of great artists such as Daniel Buren, Chen Zhen, Mona Hatoum, Ilya Kabakov, Anish Kapoor, Panamarenko, Berlinde de Bruyckere, Carlos Garaicoa, Subodh Gupta, Michelangelo Pistoletto, Bruno Peinado and many others.

In 2005 it was opened a new exhibition space in Beijing, with the intent to promote the contemporary Western art in the East and to open a two-way artistic channel between Europe and Asia. In 2007 the Gallery has embarked on a major new adventure by opening in the Parisian countryside of Boissy-le-Châtel space named Le Moulin, intended to accommodate projects and large works shows. It has also recently opened a new office in Cuba, one of the most exciting and emerging markets on the national scene, and crowning a stunning twenty-year career, the three dealers were recently awarded at the China Awards 2014 with the prestigious award “Italian Excellence” .

A true icon of Made in Italy, able to adapt and evolve in the diverse world of contemporary art, never losing its distinctive identity.
Art galleriesArts & CultureJourneySienaToscana
Share

The Vajont disaster and the strength of the Made in Italy

So many of you have sent me requests and reservations for the little restaurant we are opening in August. It’s all...

Nero d’Avola is a red wine coming from the vineyards present in the hills of Grotte, in province of Agrigento. To...