Trip to Lake Garda: A visit to the Varone Waterfall Cave Park 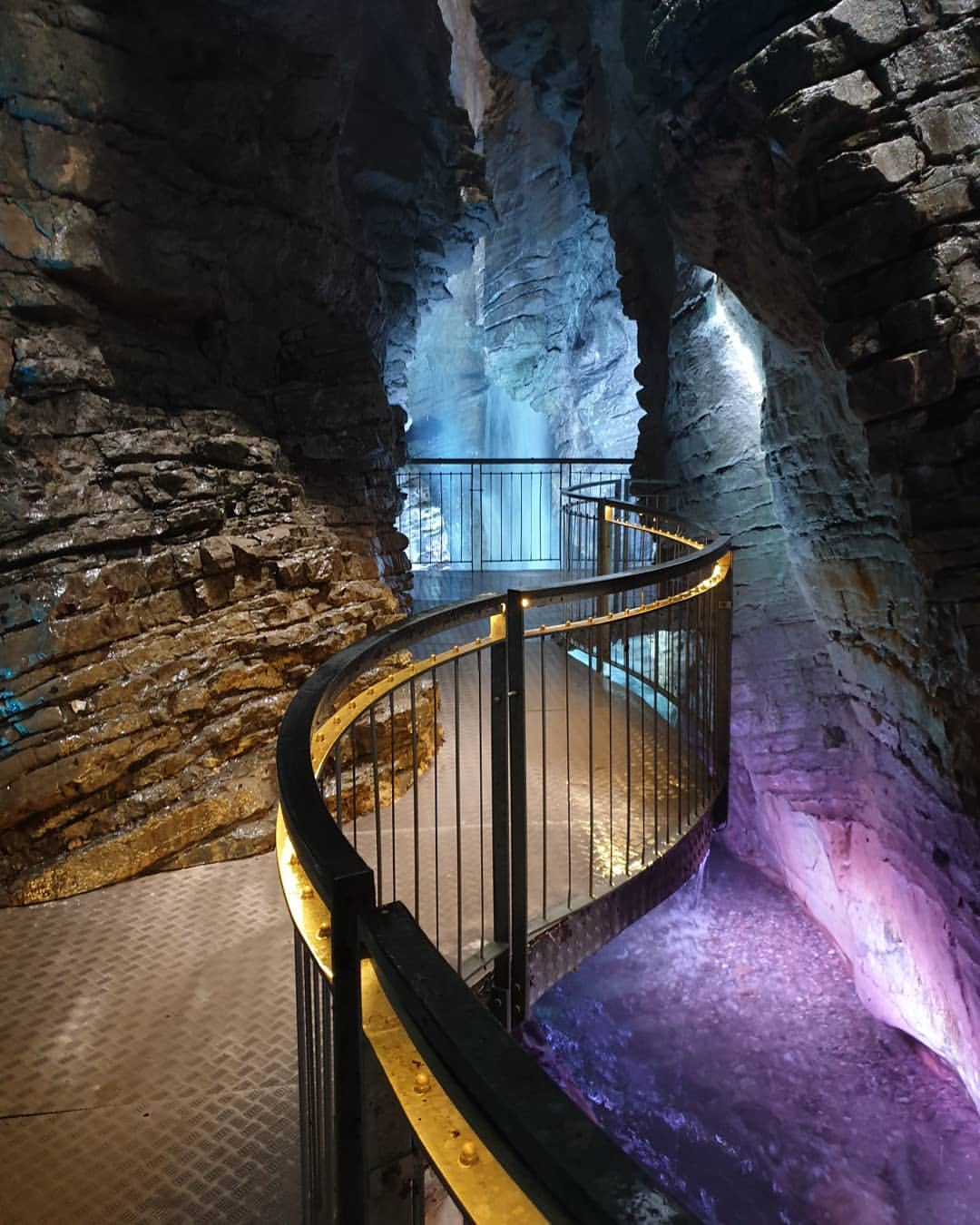 Located in Tenno (in Le Foci locality), near Riva del Garda, the Varone waterfall cave Park is a small park that offers one of the most beautiful and suggestive natural attractions well worth a trip to Lake Garda being a perfect destination for both adults and children. Read on to find out more.

If you want to discover this hidden beauty while organizing a trip to Lake Garda, it is best to get to know its history in detail. You should know that the park was inaugurated in 1874 in a festive atmosphere by all the citizens, at the presence of King John of Saxony and Prince Nicholas of Montenegro. In a short time, the waterfall became a place of pride for the area and an obligatory place to accompany more or less famous guests, while visiting Italy. Originated from the Magnone stream, it was made accessible thanks to the construction of bridges and stairs, and thanks also to a 15-metre long tunnel, purposely dug into the rock of the mountain. 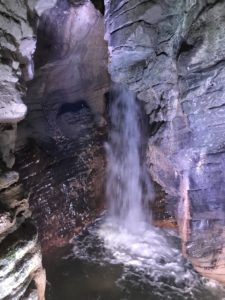 There are two observation points: the Lower Grotto which allows you to observe the final part of the waterfall, and hear a whirling noise, and the Upper Grotto, situated 40 metres higher to admire the entire waterfall. In both caves it is possible to see the “work” that the water has achieved over the years, forming inlets and extravagant shapes. The waterfall reaches the valley floor after a jump of 98 metres, and contributes to making the deep gorge in which it flows a suggestive and fairytale picture.

That of the Varone waterfall is a private park, which has preserved all its features intact, thanks to the care that has been dedicated to it since its origins. To finish your visit, you can also visit the botanical garden, rich in Mediterranean and mountain plants and trees. The impressive works that led to the construction of paths and tunnels, and the addition of bridges, winding stairways and balustrades have made this authentic masterpiece of nature even more enjoyable. 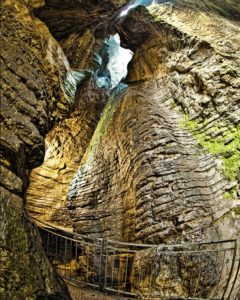 The Varone Waterfall Cave owes its formation to the very particular geological conditions that occurred in this mountain area over a period of at least 20 thousand years. It all began with the gradual withdrawal of the glacier that covered the Garda area which, retreating, gave life to the Valle del Basso Sarca. Over the millennia the water laden with sand began a long process of erosion of the hard rocks of the Varone, creating the “gorge” that today crosses the Park.
Even today, the erosion is proceeding at the speed of two millimetres per year. Thanks to these characteristics the Varone cave is a rare example of “regressive erosion of the falls”. The excavation work carried out by the water, in fact, tends to progressively move backwards, bringing upwards the  point of origin of the waterfall. 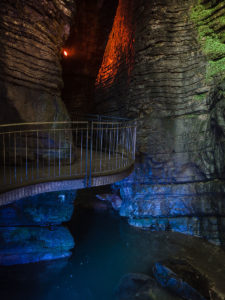 Now that you know all about the subject, don’t hesitate to organize your trip.

A visit to the park of the Reggia di Caserta: discovering its history and legends

Exvapo: Starting now in Naples is the II Edition dedicated to the innovations in the electronic cigarette world

For some years now, the electronic cigarette has entered the market, as a palliative of normal tobacco, which, as...

Veneto is a region with an important winemaking and wine producing tradition, the first in Italy to have Controlled...