Free Time, Where to go 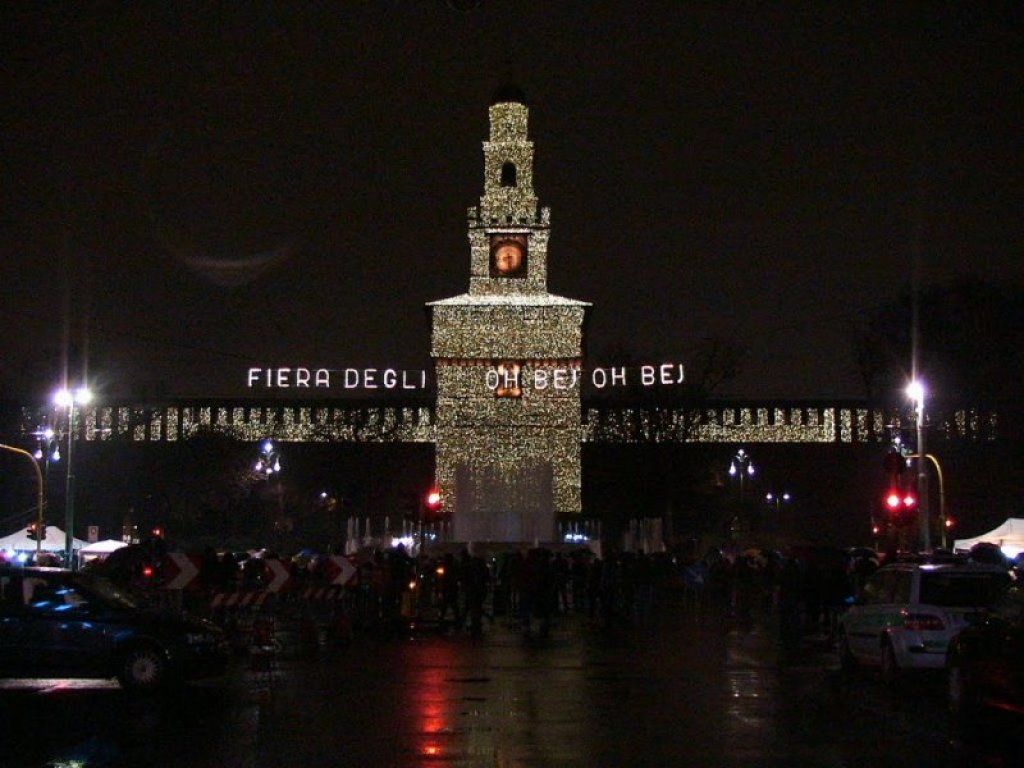 The market of the Oh bej, oh bej is also known in Milan as “the fair of Sant’Ambrogio”. It is dedicated to the patron saint of the city and every year recreates a historical event occurred in the distant 1500. The market lasts a few days, always beginning on 7th December, it is held near the Castello Sforzesco and is mainly dedicated to crafts and antiques. The stalls for your Christmas shopping are alternated with those to buy food, thanks to which visitors can taste typical Christmas dishes and snacks, such as roast chestnuts or homemade panettone.

Oh bej, oh bej is the traditional Milanese Christmas market that is set up in honor of Sant’Ambrogio – or Sant’Ambroeus in Milanese dialect – patron saint of the city, and usually lasts from December 7th to the following Sunday of the same week. The origins of the fair date back to 1208, even if the current market (including the expression “oh bej” that gives it its name) is -relatively-more recent and has its roots in the Milanese Middle Ages. Oh bej, oh bej was simply the dialect term used by children at the sight of the gifts present on the stalls, and can simply be translated with “How lovely How lovely!”. 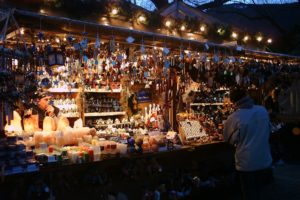 Sant’Ambrogio is the patron saint of the city of Milan and it is to him that the market of the Oh bej Oh bej is dedicated, so much so that it takes place every year right on December 7th, the patron saint’s day. Stories tell that back in 1510, Pope Pius IV commissioned Giannetto Castiglione (at the time Grand Master of the Order of San Maurizio and Lazzaro) to go to the Ambrosian town to rekindle the faith of the population. Castiglione, with the fear of not being welcomed by the crowd, took advantage of the fact that his arrival would coincide with the day of the celebrations of the patron saint of Milan. So he arrived in the city with gifts to be distributed to all the children and the citizens, who, struck by such a kind gesture, welcomed him with the greatest enthusiasm.

Oh Bej, Oh Bej 2018: all the details and useful information 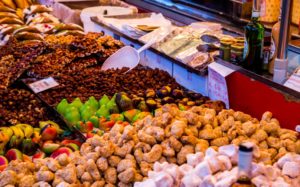 The stalls of the Oh bej, oh bej mainly sell handmade products and antiques plus many confectionery delicacies. At one time they used to be set up right near the Basilica of Sant’Ambrogio, while over time (as of 2006) the event was moved to its current location, or near the Castello Sforzesco. The fair of Oh bej, oh bej 2018 will be held from 6th to 9th December and will be open continuously from 8.30a.m. to 9:00p.m.. Admission is obviously free and the non-stop opening will allow visitors to enjoy the tasty delicacies (from vin brulé to roast chestnuts) also during lunch break.

Other Milanese markets to visit

Milan is famous, among many things, also for its Christmas markets that are hosted annually in various areas of the city. Other markets take place around the famous market of the oh bej oh bej with one-off or fixed dates, such as that in Piazza Duomo, which is held for the whole Christmas period (until 10th January). Then there is the Finnish Christmas market, at no.3 of Via delle Ore, the markets of Gae Aulenti Christmas Village with an adjoining ice-skating rink, in Piazza Gae Aulenti, and the Spazio Natale Emergency in via Santa Croce, which will remain open only for two days (23rd and 24th December) and obviously the proceeds of this market will be donated to charity.

Saint Lucy or Santa Claus? The contention of gifts

Spas in Piedmont? If you’re wondering where to find them, read on to learn more.

What to see in Florence in two days

The must see places to visit in the Tuscan city The Italian peninsula offers its visitors the opportunity to...