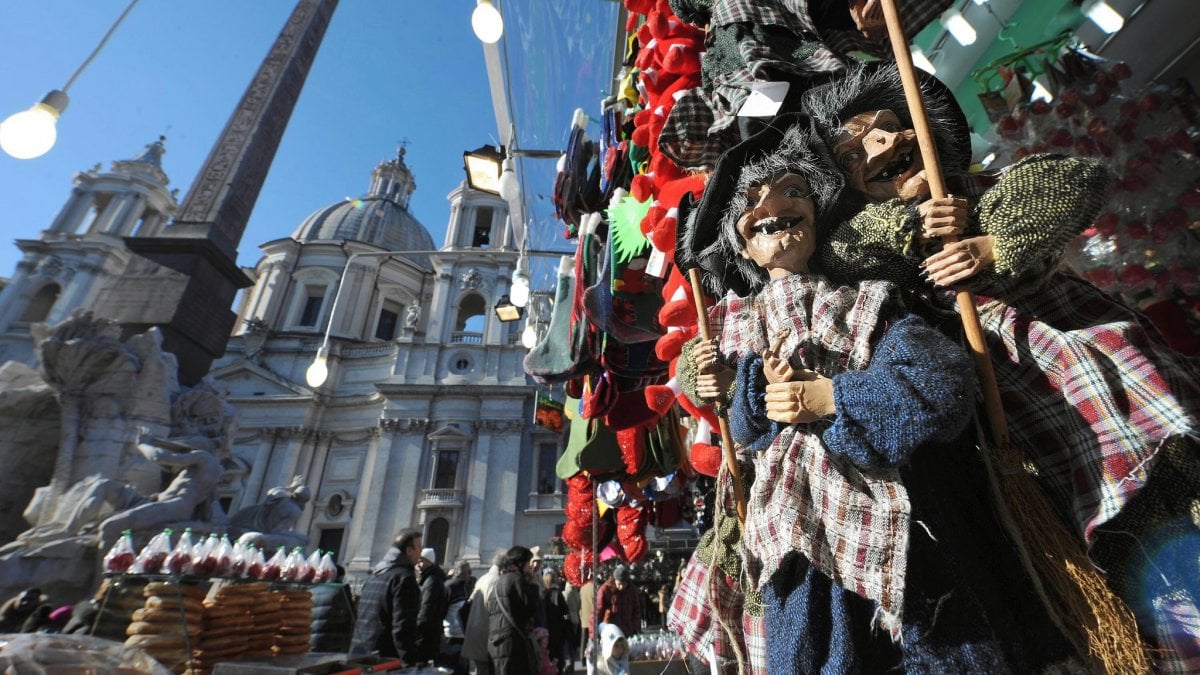 Epiphany, as tradition wants, acts as a closure for all pagan and religious Christmas celebrations. It is a fun and cheerful holiday, which is celebrated both by the Catholic Church and by all Italian families, at the time of the arrival of the so-called “Befana”.

La Befana, a bit like Santa Claus, is an old woman dressed in black who flies from house to house the night between the 5th  and 6th  January to bring sweets and gifts to all children, rewarding the good ones with sweet delicacies and punishing those who were naughty with pieces of coal! But how to celebrate Epiphany if you don’t want to stay at home? Here are the best locations.

Ideas on how to celebrate the 6th January

The pungent cold air, the last holidays at the door and you’re wondering where to go for Epiphany in Italy? Here are some suggestions that will entertain young and old.

Epiphany represents two key moments in Italian culture: on the one hand the arrival of the Three Wise Men to the manger in Jerusalem, a moment that is also celebrated by Catholics; on the other hand, the arrival of the “Befana”, the old woman who on the night between 5th  and 6th  January goes from house to house to fill the children’s “stockings” with presents.

But what to see in Italy on the occasion of this holiday? There is an endless list of cities celebrating the arrival of the befana who, as we know, should only bring gifts to the good children. In reality, however, she forgives everyone and even allows adults to enjoy the last sins of gluttony related to the Christmas holidays. Here, then, some suggestions on what to do in Italy on the occasion of Epiphany especially if you don’t want to spend it at home but rather, relax with a trip out of town.

Where to go at Epiphany in Italy: North

If you’re wondering where to go for the Epiphany in Italy and you want to stay in the North, you should know that in Verona the traditional “burning of the vecia” in Piazza Brà is organized every year, in front of the famous Arena. A dummy more or less 10m tall and depicting the witch is burned to warn off the evil eye. In Bologna a figurative procession is held in the afternoon, with arrival in Piazza Maggiore: a procession of over 150 participants to commemorate the arrival of the Three Wise Men at the cave in Jerusalem.

Moreover, if you are in the area of Treviso, throughout the province Panevin is organized from year to year: songs, dances and traditional wines combined with over 200 fires that will light up the night  between 5th  and 6th  January as a propitiatory rite, to wish for a prosperous harvest.

Finally, every year in Pistoia, a nice play is organized for the little ones: the Befana tries to get into the square but bumps into the church’s bell tower, the firefighters intervene and the children sneakily receive the gifts that have fallen from the old lady’s sack

Where to go at Epiphany in Italy: Center and South

If instead you are wondering where to go for the Epiphany in Italy but you want to stay between the  Central and  Southern areas, here are some recommended destinations and events:

5 destinations not to miss in Liguria

Liguria, “subverting of loving hearts and distant things” as defined by the poet Cardarelli is one of...