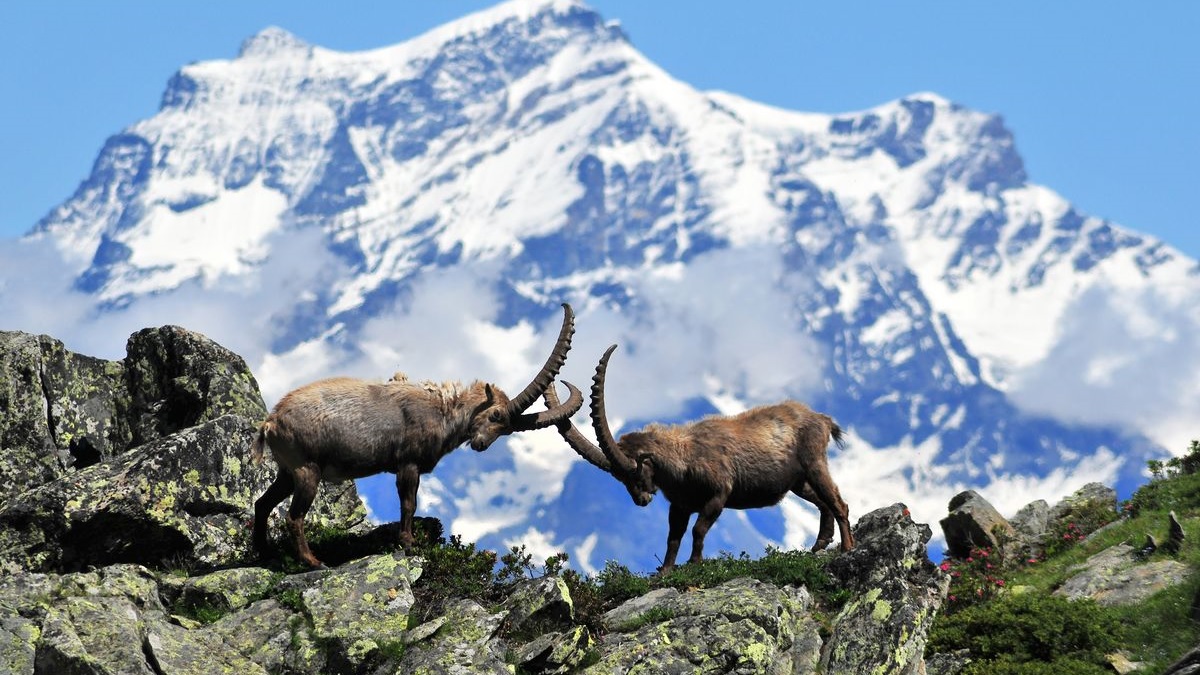 Thanks to its prime location in the center of the rich Mediterranean sea and its unique and varied geological structure, Italy can boast on its territory more natural wealth than any other country.

Precisely because of this characteristic it was defined in 1876 by the geologist Antonio Stoppani the Belpaese, known since then accompanies our beautiful peninsula. To protect this rich heritage in the last century have been established by the Italian State of the natural protected areas, located throughout Italy and containing ecosystems of the most beautiful existing. Of these reserves the oldest is the Gran Paradiso National Park, which is located around the homonymous mountain between Valle d’Aosta and Piedmont and was set up in Turin in 1922, though for reasons far from flowing from the protection environment.

Its history is closely interwoven with the protection of its symbolic animal, the ibex. The ungulate, widespread  onetime at high altitudes throughout the Alps has been subject to indiscriminate hunting for centuries, and it seems that just to maintain the exclusivity of this species the King Vittorio Emanuele II had established in these valleys a royal hunting reserve already in 1850.

It was was his son’s decision to give  to the state territories of Gran Paradiso with the related rights, at condition that would take into account the idea of ​​creating a park for the protection of flora and fauna.

It can also boast a view of the most varied fauna of the peninsula: buzzards, woodpeckers, owls, eagles, wolves, marmots, foxes, lynx, chamois, ibex, these and numerous other species inhabit the Park, creating a perfect ecosystem, although still weighs the lack of large predators, extinct because of royal hunting.

The Gran Paradiso National Park is still a unique area for animals and flora enclosed in its forests, where nature continues its endless cycle away from human intervention. A pure and pristine corner where to remember why Italy is known as the Belpaese.
JourneyNational parksPiemontePlace & EventsPlacesSport&LeisureTrips to the PeninsulaValle d'Aosta
Share

Whenever an important object comes up, everyone seems to have a story demonstrating that it was actually invented...

The coffee plant belongs to the genus Coffea of the Rubisceae plant family. It is the most famous and widely...