Art & Culture, Where to go

The illuminated nativity in Manarola 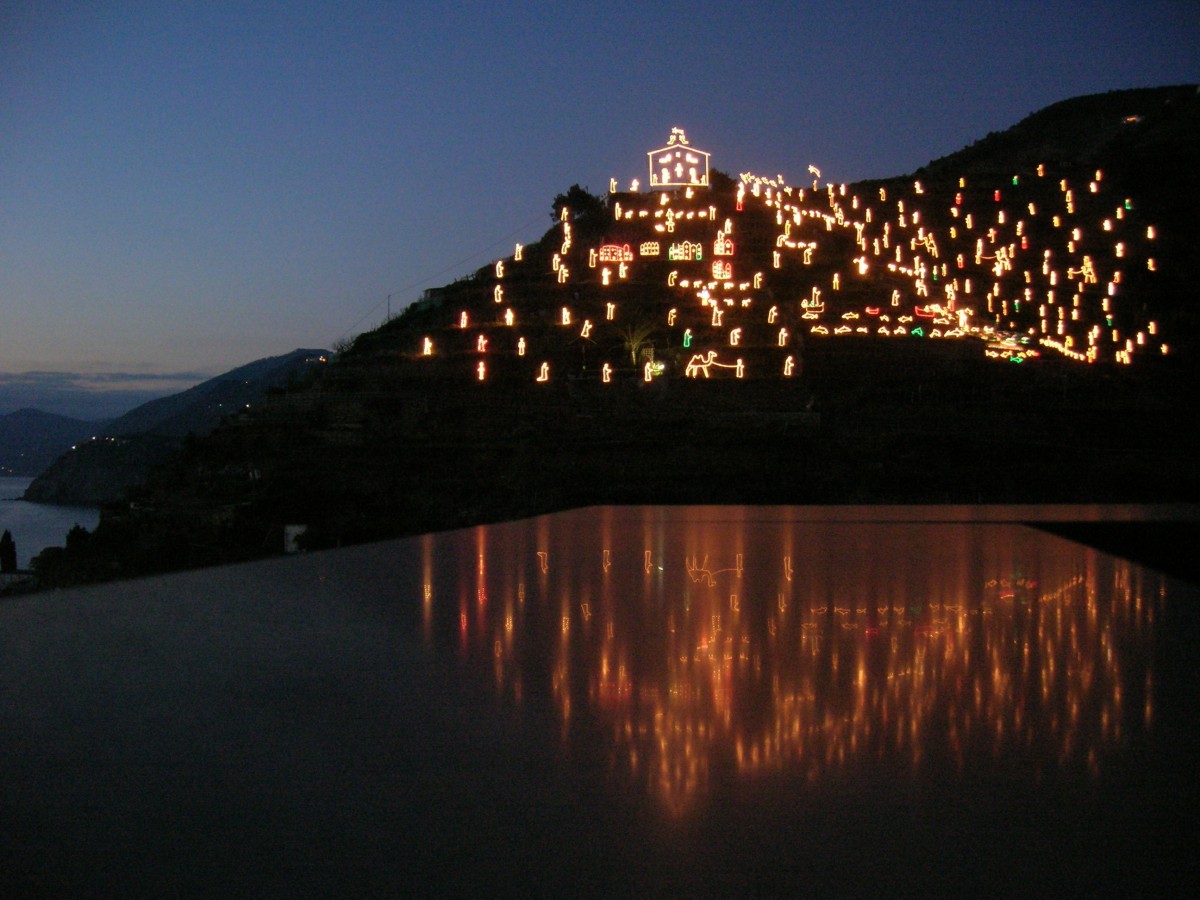 That of Manarola is the largest illluminated nativity scene in the world, and is located in the heart of the Cinque Terre National Park, on the Ligurian Riviera.

The construction of the nativity scene of Manarola, positioned on the hilly terraces that overlook the fascinating village, involves the use of 8 kilometers of electric cables, 17000 bulbs and more than 300 lifesize figures, made with recycled materials.

The story of the nativity 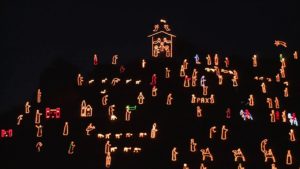 The nativity scene was born from an idea of Mario Andreoli, former railroad worker, who in 1976 began the realization of this great work, which today is extended over the hillside of the three Crosses, where the town also rises. According to the “legend”, the idea of the creator arose from the request of his father, who on his deathbed asked him, to restore a cross that once stood at the top of the hill. At first Andreoli decided not only to satisfy his father’s last wish, but also to illuminate the cross with light bulbs powered by a car battery. Later, he had the idea of making a whole illuminated nativity scene. Andreoli started working on his creation in 1985, and in 2007, once the work was completed, he managed to get it into the Guinness Book of Records. In 2008, however, a photovoltaic system was added to the structure, making it 100% ecological.

In the center of the nativity stands the manger, with Jesus, Joseph and Mary, surrounded by hundreds of shepherds and other characters.

The nativity is lit up every year starting from December 8th, and it illuminates the Christmas nights of Manarola until the end of January. You can admire the show from the central square of Manarola, even if the most evocative view is ensured by going up the path that connects Manarola to Riomaggiore, passing the top of the hill. Along the way there are observation areas, located at different heights.

The nativity is surrounded by a landscape – suspended between mountains and sea – of incomparable beauty, and particularly known for the so-called Via Dell’amore, the road linking Manarola to Riomaggiore, another of the Cinque Terre, which represents one of the most beautiful and romantic places in the world.

The Christmas tradition of Gofri from the Olympic Valleys

Christmas Songs: the symphonies of a country in celebration

Where to go on vacation for summer: The seven gems of the Tyrrhenian

Legend has it that the goddess Venus, born from the foam of the Mediterranean Sea, broke the string of pearls –...