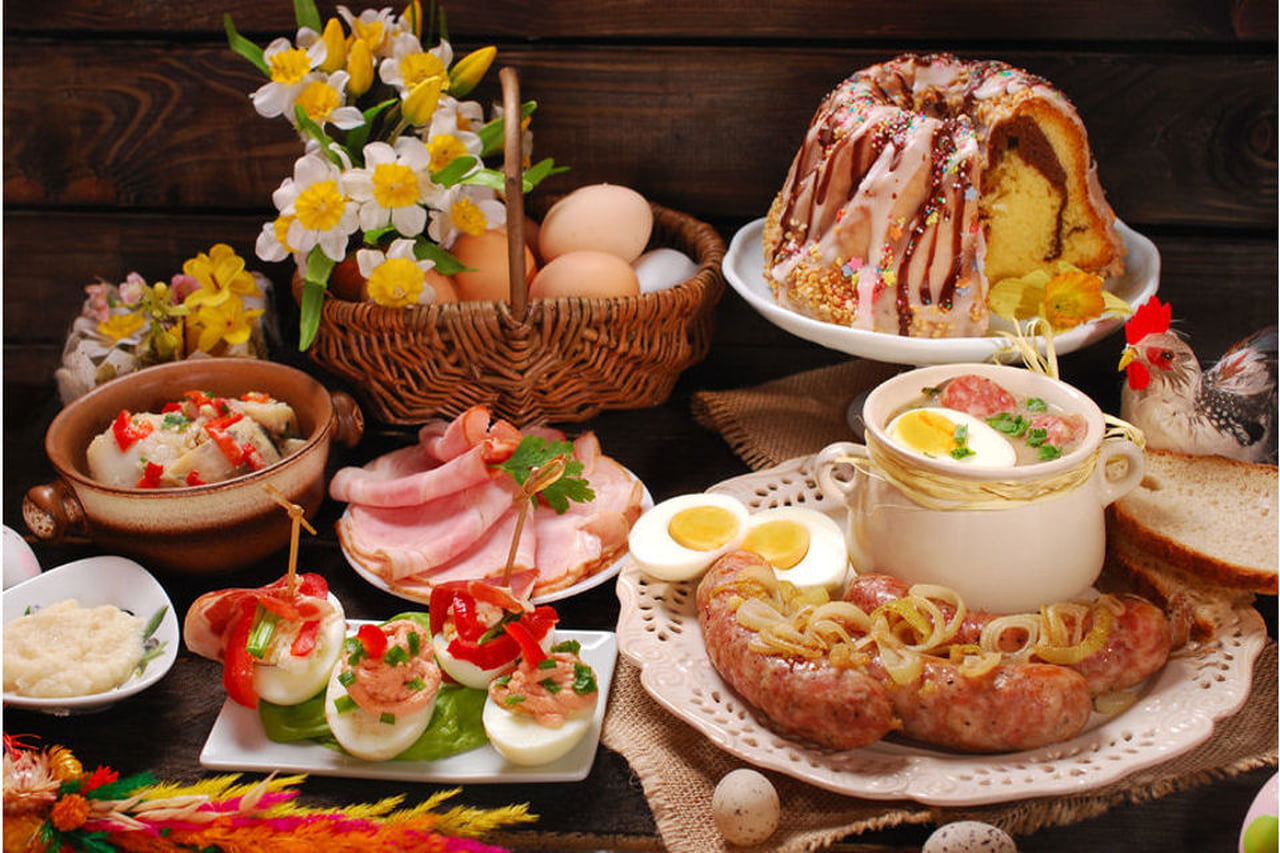 The Italian Easter recipes are closely linked to the culinary tradition of the individual regions. In fact, there are very few recipes known throughout the whole Italian territory. It is much easier to come across local traditionalism; with recipes that are passed down from generation to generation and which are prepared on the occasion of family reunions.

As we have already stated in the first part of our trip dedicated to the Italian regional Easter recipes of the Center, South and Islands (link), apart from some great classics typical throughout the whole Country, all the other recipes are strictly related to their area of provenance. For “great classics” we mean products such as Easter eggs and the Easter Colomba. Today we will take a look at those that are, instead, the Italian Easter recipes typical of the central-north and northern Italy. 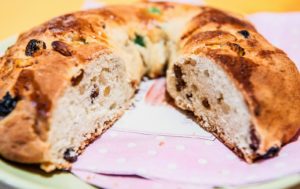 Among the Italian Easter recipes of the central North are those of Umbria, Marche, Tuscany and Emilia Romagna. The typical Umbrian recipe par excellence is the famous Torcolo, a dessert based on meringue and alkermes. 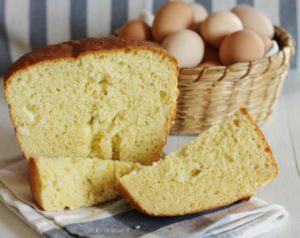 In the Marche instead they prepare the Easter Crescia and the ciambella strozzese. La Crescia is a long leavened dough made from eggs and rich in cheeses, while the ciambella Strozzese is a large donut shaped biscuit that exists both in a sweet and in savoury version. 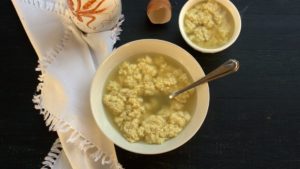 The Easter recipes typical of Tuscany are the schiacchiata di Pasqua and chicken broth, while the Emilians enjoy green lasagna Bolognese and Tardura, a dough that is crumbled and served in the broth. 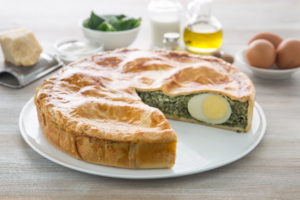 Liguria, Piedmont, Lombardy and Veneto are the northern Italian regions we want to tell you about. In Liguria they prepare the famous torta Pasqualina, based on puff pastry, spinach and ricotta, and the Cavagnetto, a cake shaped like a basket with a hard-boiled egg in the center, as a decoration. 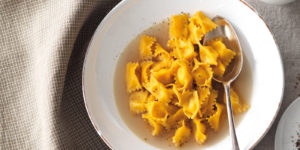 The Italian Easter Recipes typical of Piedmont and Lombardy are instead the agnolotti del plin (Ravioli stuffed with lamb, pork loin, rabbit, spinach and parmesan) and the savoury Easter cake, filled with a mixture of chicken, ham, asparagus and Parmesan.

In Veneto they prepare l’insalata Pasqualina (which also is decorated withfresh flowers) and the Fugassa, a very light focaccia that undergoes 4 leavening stages.

Easter Recipes in border regions: the influences of the neighboring countries with Italy 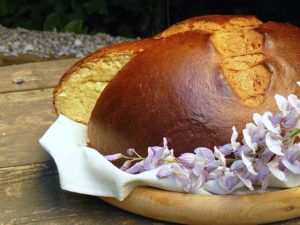 Some Italian Easter Recipes are influenced by the culinary cultures of Italy’s neighboring countries. Some regions, such as Trentino, Valle D’aosta and Friuli, have typical recipes that are very similar to those of France, Austria, Slovenia and Switzerland. In Trentino we find the sweet crown, garnished with hard-boiled eggs, while in Valle D’Aosta a typical delicacy is called Easter Crescia, based on eggs, oil and pecorino. In Friuli pinza triestina is an undisputed excellence; it is a citrus pandolce, which is eaten along with honey and jams.