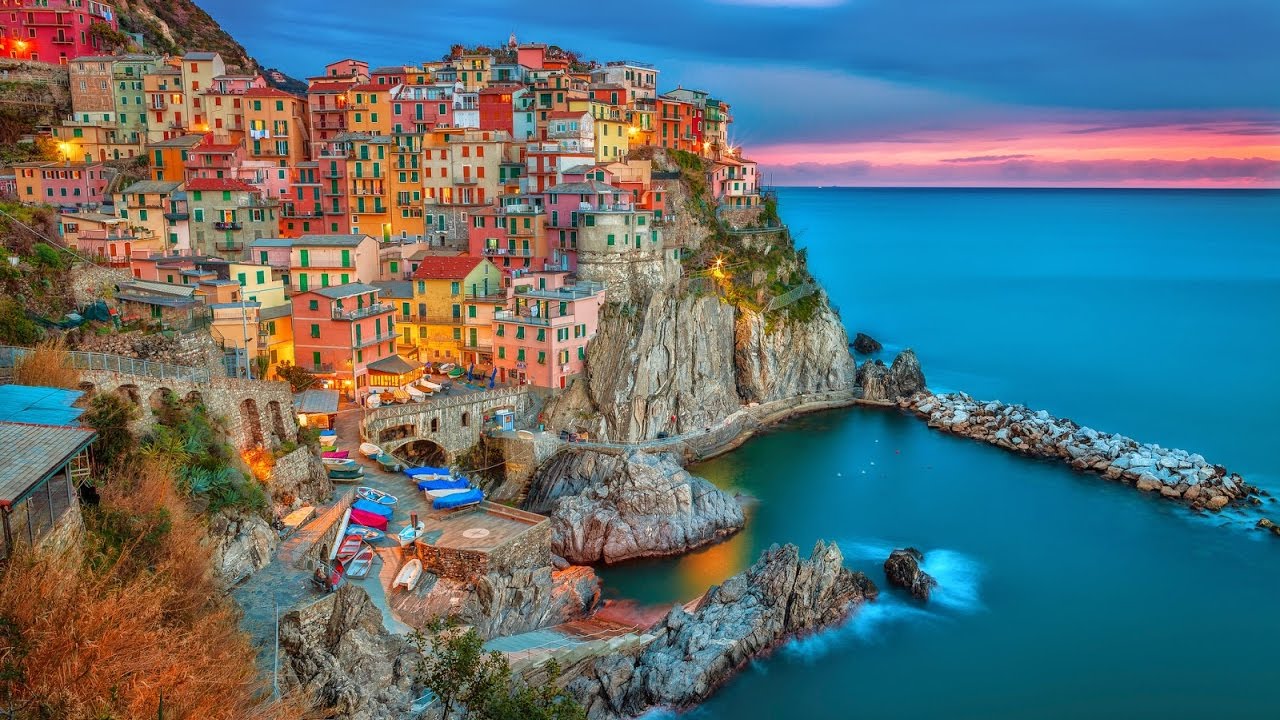 Despite being one of the most famous and appreciated seaside resorts in Italy, Cinque Terre (the Five Lands) are one of the perfect Italian tourist locations for short trips or a long weekend and are ideal in any season of the year. Not surprisingly the Cinque Terre are part of the UNESCO World Heritage sites. They make up a panorama of incomparable beauty, suspended between sea and green hills. They make visitors also enjoy the pleasure coming from a gastronomic heritage of great value that makes these beautiful and picturesque seaside villages an ideal setting for a magnificent stay, even if only for a few days.

With its rugged coastline and scenic villages the Cinque Terre comprises five fishing communities whose first settlers started establishing there in the 8th century, namely: 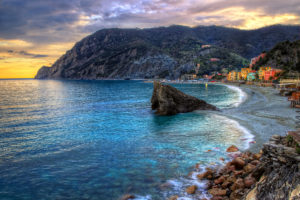 They are now all included within the Cinque Terre National Park, and face a Protected Marine Area safeguarding the place heritage and its environment. Although no more isolated as they once were, all villages, with their well preserved architecture, the vividly colored houses, the beautiful terraces where olive trees and grapes are raised, the well maintained trails and much more, provide visitors with a feeling  of authenticity and make them one of the most characteristic Italian tourist locations. It offers many ideas for a holiday full of attractions: from trekking in the immediate surroundings through the natural park to visiting the small fascinating historical centres with their ancient traditional architecture, all in the name of relaxation and tranquility. An authentic naturalistic, artistic and historical masterpiece that has led the five villages to be one of the most attractive Italian tourist locations in the world.

It is the biggest and oldest village in the Cinque Terre. The town centre is an absolute must to be seen, but equally interesting is the new part called Fegina where the villa of the Nobel Prize poet Eugenio Montale rises. Also visible are the remains of the “Giant God Neptune” a statue that originally supported a shell-shaped terrace but was ruined by the bombings of the war and the erosion by the sea. Do not miss the excursion that leads to the enchanting Punta Mesco, along the path to the abandoned lighthouse. 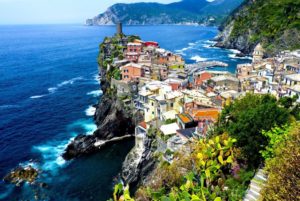 This village can also be reached by walking along the path that connects it to Monterosso, crossing the Cinque Terre Park. This fishing village retains all its ancient charm. To be admired is the Church of Santa Margherita of Antioch, from which you then reach the sanctuary of Nostra Signora di Reggio. The village has preserved all its ancient charm with the natural harbour, the tower-houses and the Caruggi (alleyways). Do not miss Castello Doria, dating back to the 11th century, which dominates the village from the top of the promontory stretching over the sea. 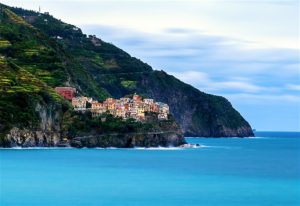 An hour and a half of walk separates Corniglia from Vernazza. Along the way you will reach the highest hamlet of the area, Prevo, from which you can enjoy a view of breathtaking beauty. Also praised by Boccaccio in the Decamerone, Corniglia is the only village not facing the sea, but it rises on a 90-meter-high promontory and is surrounded by vineyards. The remains of medieval architecture and the remains of the Genoese fortification of the 16th century are still visible. Also, worth seeing is the 14th century church of St. Peter built with Slate and Carrara marble. 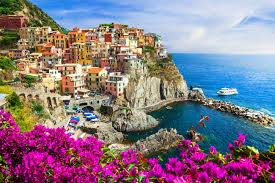 Also Manarola offers a view of great beauty, as it is just out above the Ligurian Sea. Its historic centre is very beautiful and it is the smallest of the Cinque Terre, where the Church of the Nativity of the Holy Virgin can be admired along with the 15th century Oratory of the Disciplined, the bastion and the sanctuary of Our Lady of Health. Very suggestive is the crib which has been set up on the hill of the village, during the Christmas period since 1961. Manarola is also famous for the enchanting and romantic  walking trail connecting it to Riomaggiore and  correctly known as the “Via dell’amore”.

Riomaggiore shows a particular town-layout, with the village being literally “squeezed” into a narrow and steep valley so that its vividly painted houses stretch along the main road, descending which one reaches its nice harbour below. Being the first stop for visitors coming from the south, and also the nearest to the town of La Spezia, Riomaggiore tends to be somewhat busier and more crowded than other villages, and this reflects in the incredible number of shops and cafes. A visit to the 13th century castle (obviously on a rocky crag) and nearby Church of San Giovanni Battista is worth the walk, as well as one to the church of Sant’Antonio more comfortably located  in the historical centre. Do not forget to visit the romantic Botanical Garden which is also a bird watching centre.

To stay in the Cinque Terre a pleasant solution is given by the accommodation of the guest houses in all five villages. As an alternative solution we suggest to stay in hostels or hotels in the nearby Levanto and Sestri Levante, from which the villages can be visited one by one. In Monterosso we recommend the B&B “Il Parco” while in Vernazza there are numerous small hotels of unquestionable charm.

This is how one of the most important cultural places of the Lombard city was born In our country there are some...

All about this game that has been practiced in Florence since ancient times In Italy there are many local...