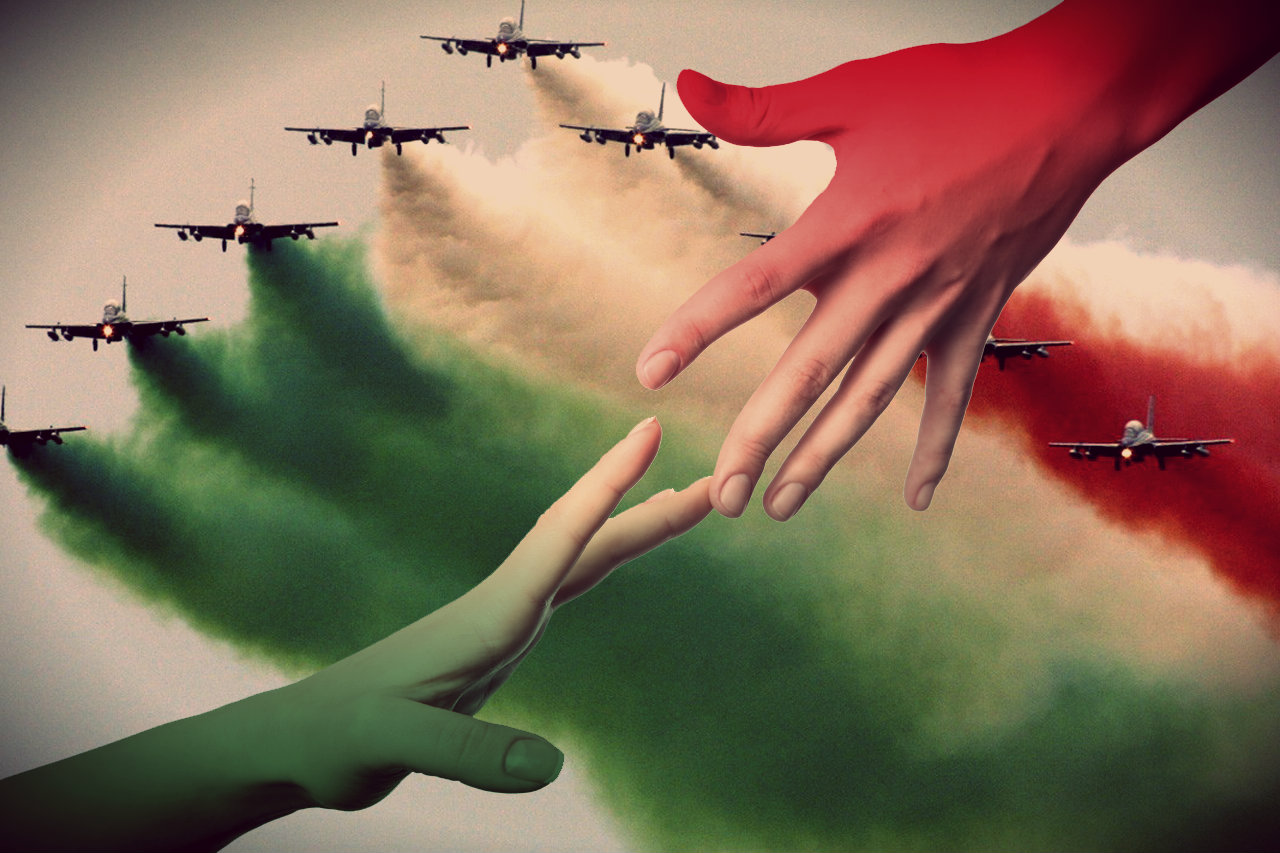 The 2nd and 3rd of June, 1946, just two months from the end of World War 2, Italians chose with a constitutional referendum to remove the monarchy and to make their country a republic. The royal Savoia family was exiled, and a nation was born.

Today the second day of June is a bank holiday technically equivalent to the 4th of July for United States citizens, but not particularly celebrated by most Italians. In fact, besides having all business halt to a standstill, the most notable event in the day is a military parade in Roma – before the highest politicians and ending with a brief memorial service for the Unknown Soldier. If you are so inclined, the best way to watch it is not in person – as the parade route is incredibly crowded – but on television. One spectacular part of the parade, however, is the air show put on by the Frecce Tricolori (literally: ‘the three-colored arrows’), which is often considered the best acrobatic flight team in the world. Their breathtaking maneuvers include very low crisscrossing flights and end with an iconic three-colored smoke trail painting the national flag in the (usually blue) sky.

In the same year, Italy achieved another milestone: for the first time, exactly on March 10, 1946, Italian women abandoned for a few hours their households and lined up in front of the polling stations in a nation still partly destroyed by the war. This achievement came after years of battles and much later than women in Europe and US.

The history of Ice Cream

Journey through the nativity scenes in Italy

That of the nativity scene is a tradition strongly rooted in the culture and society of Italy. It is considered to...

The New Year’s Torchlight ski descent is one of the most anticipated events by the inhabitants of Val Gardena...