Lecco, The city of Manzoni 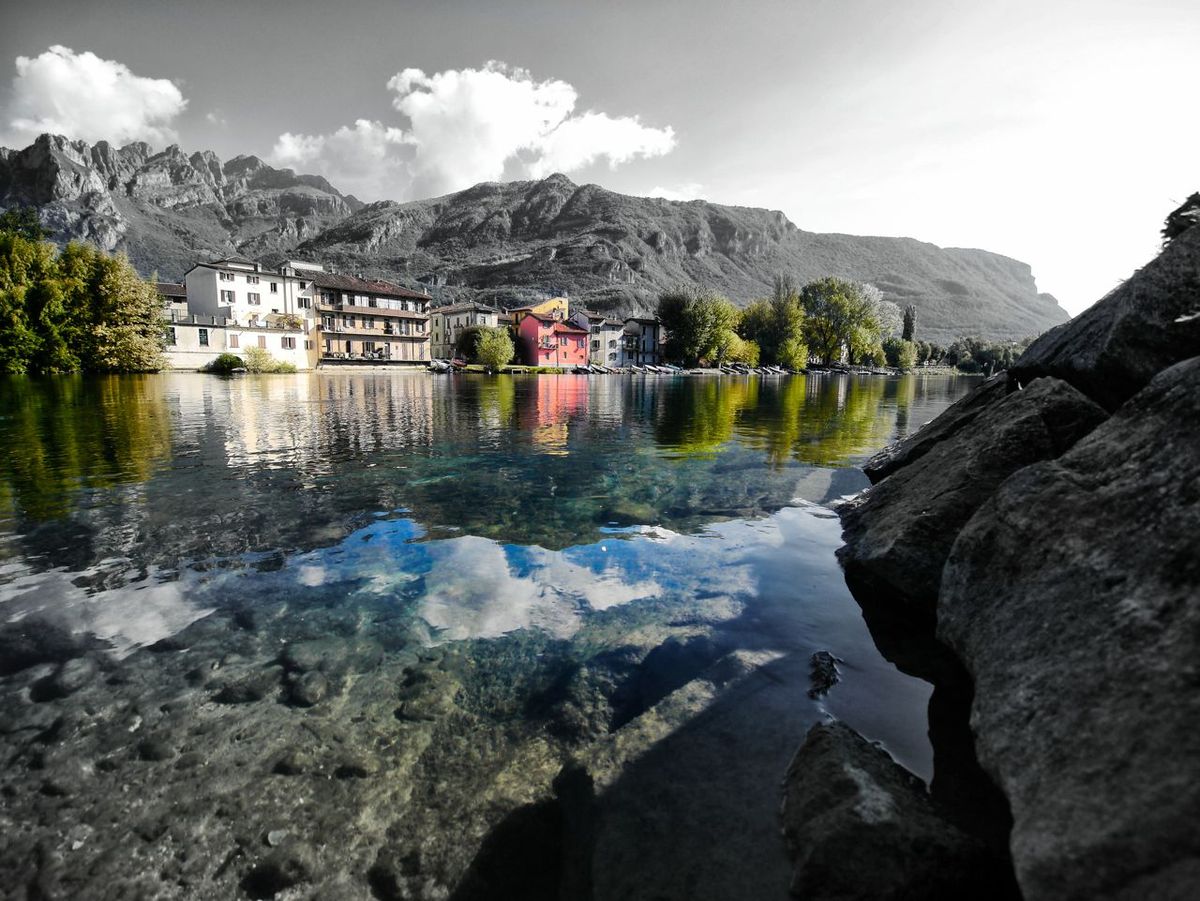 On “that branch of Lake Como” so dear to Alessandro Manzoni, where he set the famous Italian novel “The Betrothed”, lies the city of Lecco, just at the point where the lake ends and river Adda resumes its course. Nestled between beautiful mountains and the picturesque Lake Como, the Lombard town is one of the most attractive tourist resorts of northern Italy.

Lecco has many souls, all to be discovered, ranging from the Celtic, of its ancient origins, to the communal and the Visconti family, from the Austrian and Spanish domination (well told by Manzoni) to the commercial hub function and borderland. Today, Lecco is a modern industrial town linked to steel and silk production. The center corresponds to the ancient fortified village, enclosed between the port and the streets: via Cavour, via Volta and via Resinelli. Take part to the historic core of the city square Piazza XX Settembre, the ancient square piazza del Mercato, made of corrugated porches and dominated by the ancient Visconti Tower in memory of the ancient Castle of Lecco, and Piazza Cermenati, important trading center wide open directly in front of the lake, with the 15th century “Prepositura” (office of the Provost), the Mansion of Praetorian and the Palace of Fears.

In the territory of Lecco, gourmets will find at least three local cuisines, three well-characterized food cultures and different from each other depending on the region to which they belong: lake, mountain, lowland. For seafood lovers we recommend to go to Pescarenico, the charming old fishermen’s borough, neighborhood known thanks to Manzoni’s novel, where there’s Trattoria Vecchia Pescarenico, a simple trattoria with a friendly and welcoming atmosphere, where you will find tasty seafood waiting for you.

Exclusively at dinner, be pampered by our creative young chef Fabrizio Ferrari, in his starred restaurant Al Porticciolo 84, historical place of Lecco’s gourmet scene. Al Porticciolo 84 offers a cuisine specialized in seafood, where there are exotic incursions, for a balanced mix of Mediterranean flavors and not. If you are a real and curious gourmets, lovers of excellence and high quality, you’ll surely appreciate Nicolin, historic and elegant restaurant where the quality of raw materials reigns, along with innate hospitality skills. Amongst the courses proposals, try the yellowtail tartare with sour cream and chives, or luscious roulade of sole stuffed  with black bread burrata of cream of peas. Amongst the main courses, pan of fish on cream of pine beans or berry gems – mushroom shaped ravioli stuffed with pore mushrooms.

For a drink overlooking the lake, Bar Imbarcadero is the place for you! After 7pm don’t miss the formula buffet dinner for only 12 €. To finish with a flourish, delight yourselves in the tasty ice cream or slush of Gelateria Capo Horn, in Piazza Cermenati. For the overnight in Manzoni’s beloved city, we suggest HLL Hotel Lungolago Lecco, a small jewel of modern style located in the heart of Lecco, and Hotel Alberi, placed, from a panoramic and environmental point of view, in a privileged position. Completely renovated, modern and comfortable, the hotel directly overlooks the lush gardens of the city’s lakefront.

If you fancy a special location, in a fully Manzoni environment, book instead at B&B Alla Rocca dell’Innominato, a romantic ancient house, perfectly restored and nestled in the historic district Chiuso, on the road that leads to the Castle of the Unnamed, near the beautiful church of the “beato Serafino” (blessed Seraph).
5 DAYS TRIPJourneyLeccoLombardiaNorthern ItalyTrips to the Peninsula
Share

Bienno, Stream of the Mines

The story of the duke of Villa Litta

One of the most prestigious historic villas near Milan In Italy there are many noble villas distributed throughout...

Messina, The land of the Strait

Today Italian Traditions stops in Messina, the land of the Strait, which separates Sicily from Calabria. Nature has...