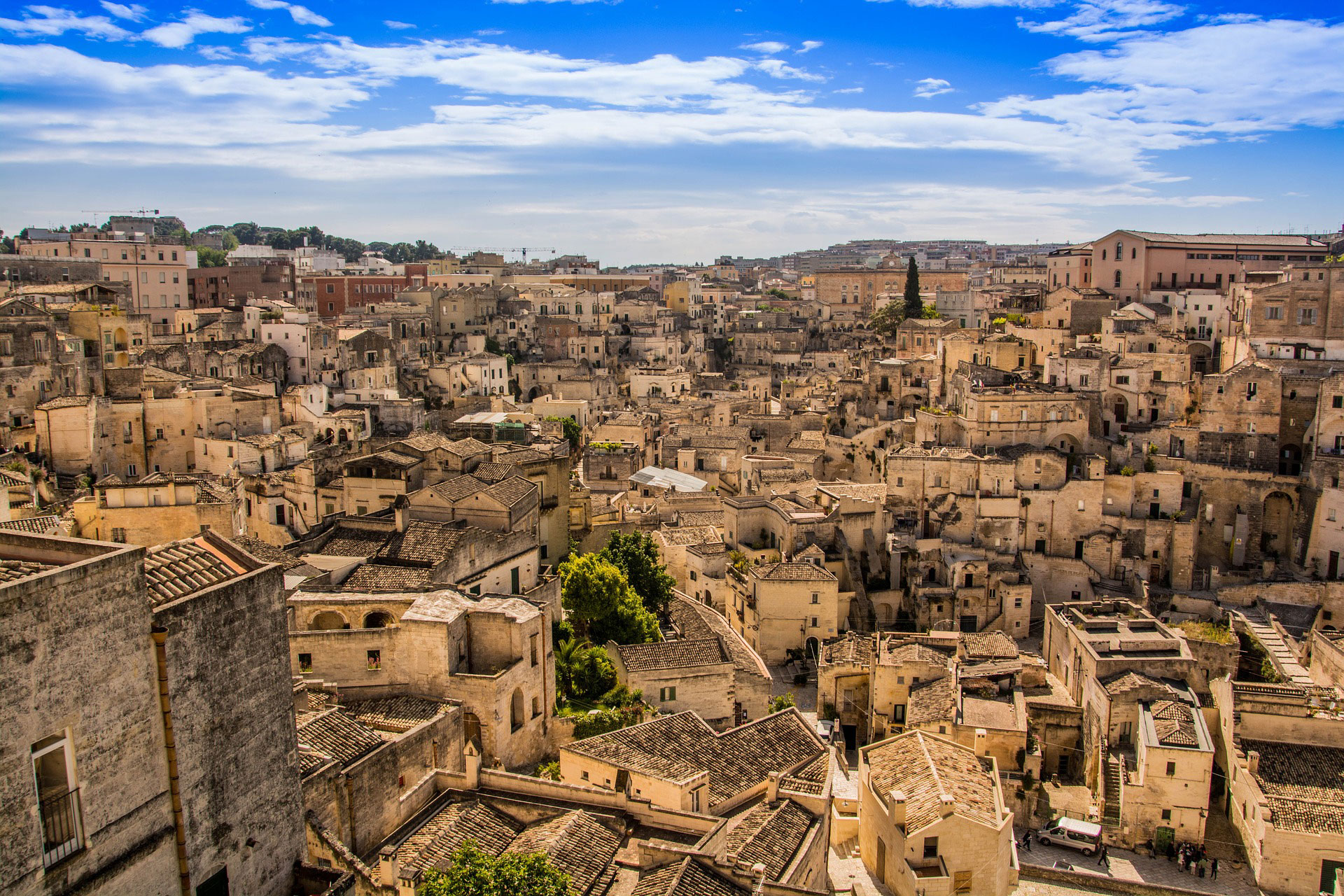 Umberto Rosolia takes us to Matera, the City of Stones. And it is precisely from these incredible agglomerations of houses, built and carved into the rock, which his journey and ours begins on the road. Included in the list of UNESCO World Heritage Sites, the Sassi represent a unique urban system, which cross history from prehistoric times to the present day. And they contain not only houses wisely built exploiting the resources of the sun, water and rock, but also an extraordinary heritage of rock churches. In short, a true cultural landscape.

The Sassi, the Barisano and the Caveoso, are arranged along the course of two valleys, and in turn are divided into districts. Between the two valleys stands the cliff of the Civita, on which the splendid Roman cathedral was erected. This is the original nucleus of Matera, where the Roman Castrum once stood.

All around stands an intricate network of houses, cisterns, churches, walkways, caves. Like the Palombaro Lungo, the large water reservoir, which was part of the ancient water collection system that fed the city, the rupestrian complex of Santa Lucia alle Malve, once home to a monastic community, Santa Maria di Idris, or the Convicino di Sant’Antonio, consisting of four cave crypts. Numerous cave-dwellings can be visited, inside which it is possible to see the environments and the way they lived  in old times. 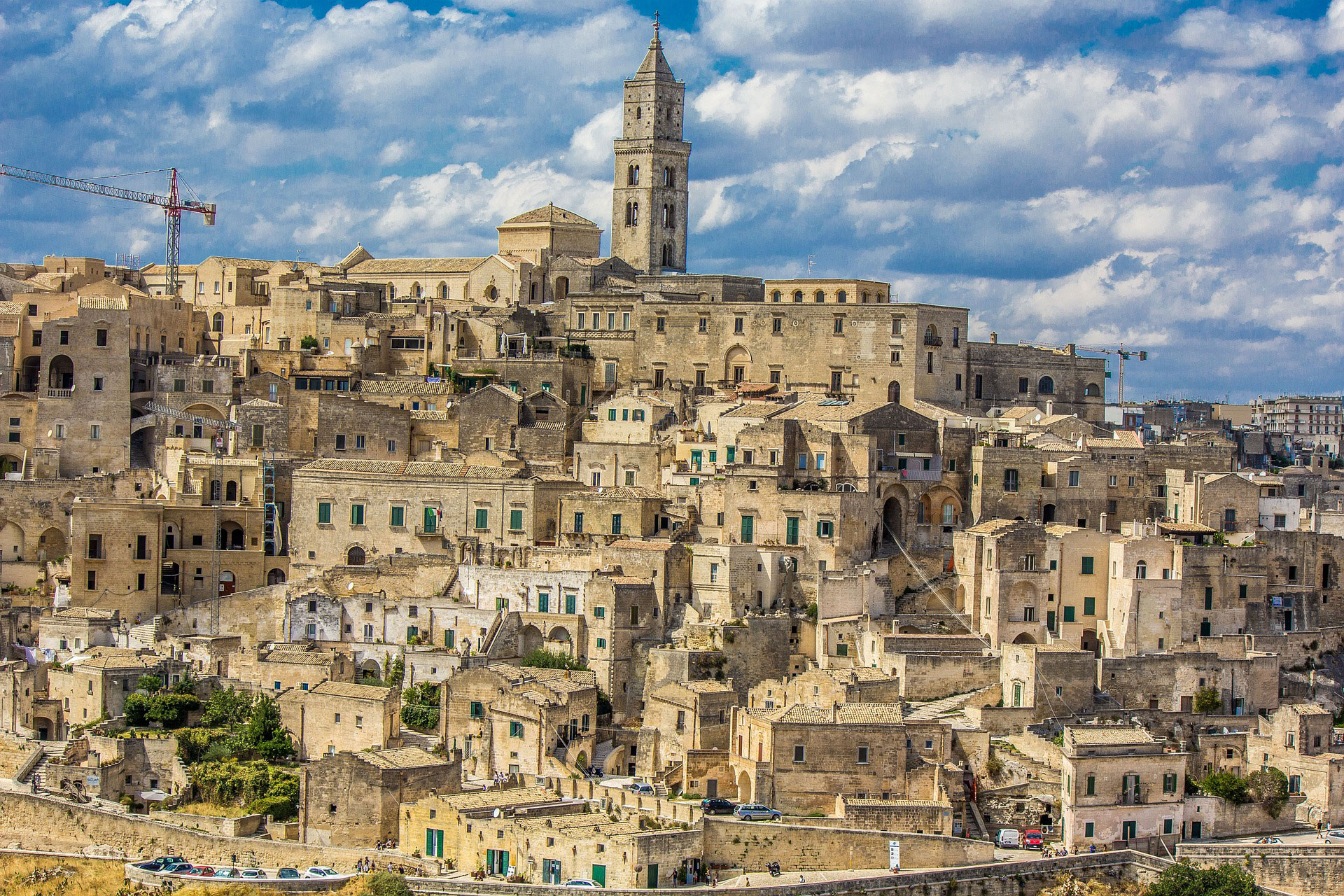 This is the case of the historic cave-house of Vico Solitario, where you can rediscover all the charm of a historic dwelling carved into the rock, once inhabited by labourers and shepherds until 1957. Here you can see a bed with a mattress made of corn leaves, raised from the ground to avoid contact with the animals, a small table, the simple kitchen, the tools used for household chores and for cooking.

Today, the Sasso Barisano is the part of the city that has been restructured and mostly visited by tourists, as well as being particularly lively in terms of culture, entertainment and hospitality. A final note: Matera will be the European Capital of Culture for 2019.

What to do at New Year’s Eve in Italy? 5 great ideas

Viticulture and wine production in the region of Basilicata have a thousand-year old tradition, dated in the...

Bellagio, the “Pearl of Lake Como”

Also known as the “Pearl of Lake Como”, Bellagio stands on a promontory that divides the lake into two...