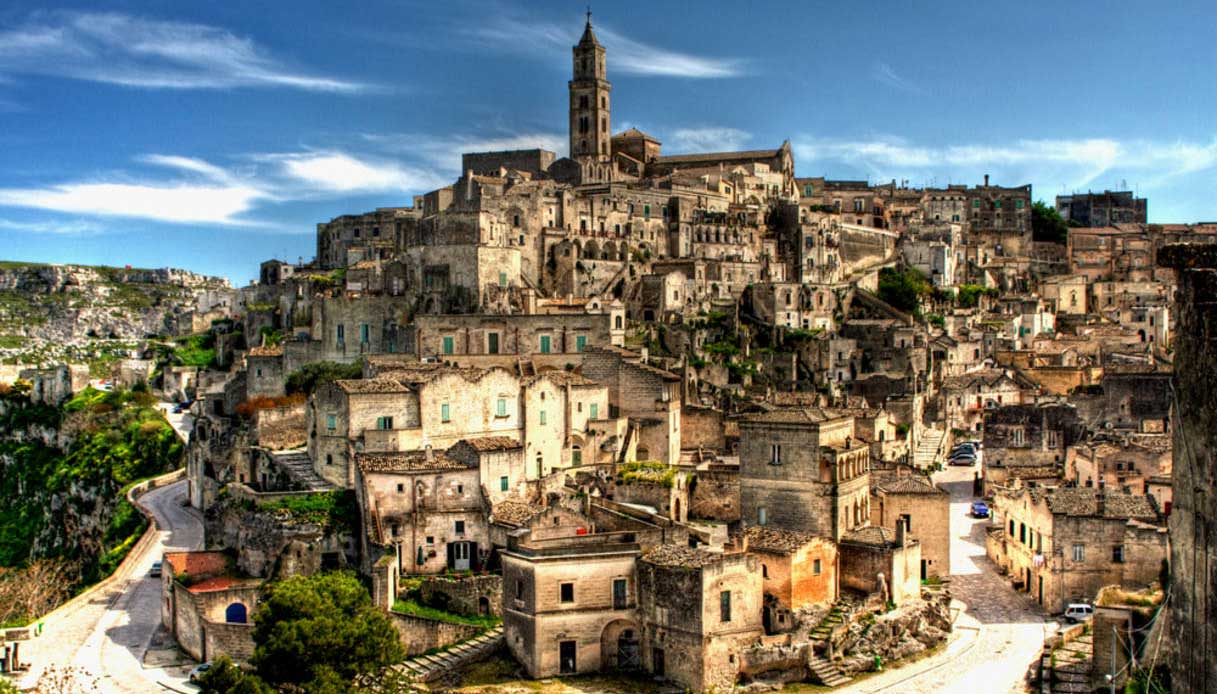 The city of stones

Italy is a country with many treasures. Among them, the unique places that thanks to their characteristics, have been declared World Heritage by UNESCO. Matera is one of them. Italian traditions will lead you on the discovery of this unique city in the world that is home to important testimonies of ancient times. Here we will tell you its history and tell you about the stones and churches in the rock that characterize it.

Matera is located in the middle of a magnificent rock landscape that preserves an incredible cultural heritage. Today it is home to prestigious international exhibition events. The city is both fascinating and complex. It is one of the oldest in the world as the first settlement dates back to 10,000 years ago. The cave houses that are typical rock settlements of this area constituted the historical dwellings of the population of Matera. 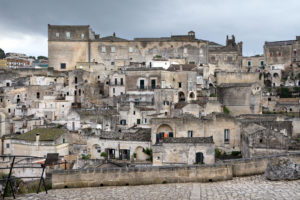 The sassi of Matera

The sassi are the oldest part of the city. This very special architecture shows how man has been able to adapt perfectly to environment and nature. The construction consists of two systems. The first is immediately visible and made from successive layers. These are:

The second one is invisible and consists of:

the rock face has steep walls in the lower part that overlook the stream. In the upper part there are terraces, hills and plateaus that are more suitable to the settlement of man. The original rock villages were then, over the years, transformed and grouped together to form a real city. 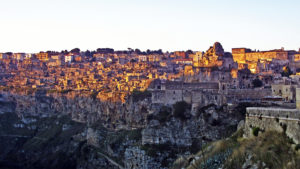 One of the most interesting aspects of the sassi of Matera concerns the rock churches that are an important testimony of the evolution of man from prehistory to Christianity. They are located in important places and were probably already a place of worship at the time of the first civilizations that inhabited them. The most interesting which can be visited today are:

The first is located inside the rocky spur of Monterrone. Its position offers a unique view of the city of Matera. The second one is nearby and is the first female monastic settlement of the Benedictine order dating back to the eighth century. Inside there are some of the most beautiful and important wall paintings of all the territory of Matera. The last is the largest of the rock churches in the city. Underneath the floor there is the first rock formation dating back to the 12th-13th century B. C.

The historic city center is located on a plateau that marks the top of the sassi of Matera. There are several urban layers here. In the central square, called Vittorio Veneto, you can see the openings that show the original level of the places that today are located under the square. These have a continuous structure forming a real underground city connected with the stones. Here there are exceptional rock structures such as the large cistern called Palombaro Lungo. Until recently it was navigable.

The Italian territory offers numerous extraordinary and unique sights that are waiting to be visited. Here testimonies are kept of ancient cultures and civilizations that happened to inhabited these places in the past. If you want to discover other interesting places to visit in Italy we suggest reading this article too. Now that you know Matera, you just have to visit this beautiful city in person.

5 Ancient Villages to Visit in Italy

Welcome to an ancient Italy of times past, an Italy that possessively guards and preserves its legacy, which has...

There are so many beautiful Italian cities to visit that it is impossible to list them one by one. Surely, what we...