Milan, Shades of tradition and innovation 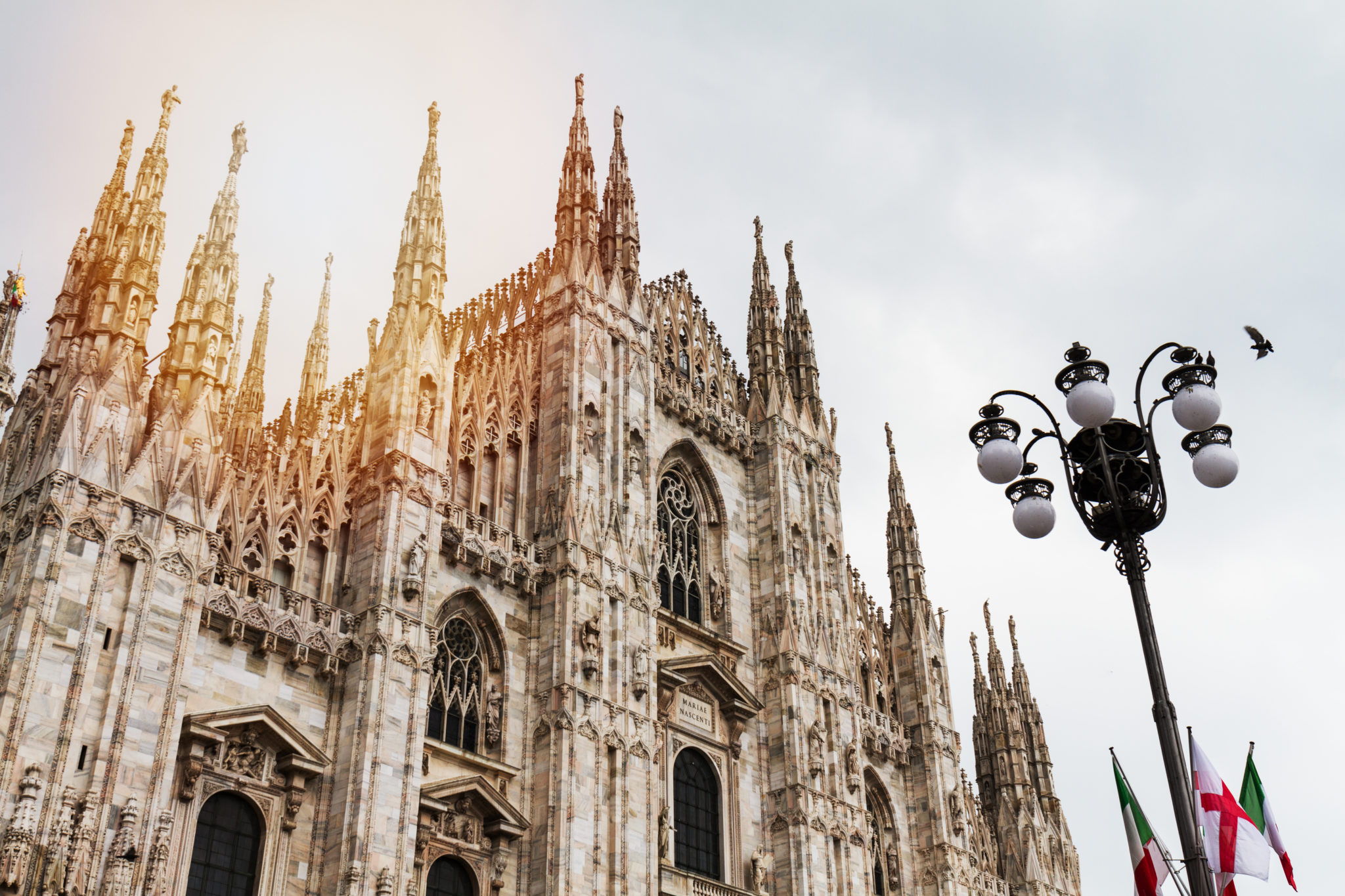 Capital of Lombardy, and undisputed capital of fashion and design, cultured city, modern, lively and full of beauty and artistic works, Milan constitutes the starting point of this weeks itinerary that Italian Traditions dedicates to Lombardy.

Emblem of the city is undoubtedly the Duomo, late-gothic structure, where from it’s summit, stopping at the foot of the famous Madonnina, you can enjoy a breathtaking view of the city. On the right side of the cathedral rises the Royal Palace, nowadays home to art exhibitions, flanked by the modern Museum of the twentieth century, facing the museum you can admire the famous Galleria Vittorio Emanuele II, a cross passage which welcomes inside historical and luxurious restaurants, bars and high fashion labels. Walking through the gallery, you reach Piazza della Scala, where there is the homonymous theater (Teatro alla Scala), one of the most important in the world. From the square, turn into via Manzoni and continue to the junction with one of the most prestigious streets of the city, Heaven on Earth for shopping lovers: via Montenapoleone which, together with via Manzoni, via della Spiga and corso Venezia, is part of the so-called “quadrilatero della moda” (fashion quadrilateral).

Also worth seeing is the 14th century Sforza Castle, today art gallery with works of art of unique value, whose courtyards open to Sempione Park, of which its 47 hectares are home to monuments and historic buildings, including the Arch of Peace and the Palazzo dell’Arte. On the opposite side of the park, Milan shows one of its most beautiful and elegant districts, Brera, with its restaurants, bars, antique dealers and quaint shops. Other historical district and a must-stop is the area of the Navigli, that used to be a port area until the 19th century, nowadays it appears to be one of the most lively and characteristic areas, with a bohemian atmosphere, frequented by young fashionistas whom every day flock to its many pubs and bars. Small restaurants are interspersed with vintage shops and casual chic workshops, while behind antique doors open to flowered courtyards that make the canals and the Darsena a pleasant and relaxing walk.

Milan to see, but also Milan to eat! Give yourself a break from your itinerary, among typical tastes, street food, rustic and sophisticated environments.

For a tasty and quick lunch, we suggest two unmissable destinations! In via Santa Radegonda, nearby the Duomo, get in queue to buy the legendary panzerotti of Luini, protagonist of the historic local open since 1949. Also on the same street overlooks what is, for 50 years, the most famous high slice pizzeria of the city. Its name is Spontini, it has seven locations and offers a three finger high margherita pizza with an ultra soft consistency. If you aren’t fond of street food and want to take a dip in the old Milan, with typical flavors and taverns, move away from the center in direction of Porta Romana; here, in viale Bligny, you’ll find the delicious Trattoria Amici Miei, with a cozy, informal and cordial atmosphere, where you can eat one of the best Milanese Cotoletta! Also try Trattoria da Abele, near Piazzale Loreto, blown temple of the Milanese risotto and the small and demotic tavern Crota Piemunteisa, just a few steps away from the Columns of San Lorenzo.

In the evening, join the Milanese trend of the aperitif! Among the numerous restaurants that offer the appetizer buffet formula, we point out Fonderie Milanesi, old foundry used as a restaurant in the Bocconi area, the Deseo Lounge Restaurant, refined place at the foot of the Arch of Peace and the bohemian and retro Mag Cafè, located in the Navigli area. Exclusive atmospheres dominate instead Ceresio 7, a New York inspiration which consists of a rooftop with swimming pool and 10 Corso Como, an international breath concept store with a luxurious cafe-restaurant situated in an open space in the homonymous pedestrian street which has become one of the main shopping and Milan’s lively evening centers, close to Porta Garibaldi and to the new district Porta Nuova.

Amongst the best ice-cream stores of the cosmopolitan Milan we recommend Gelateria della Musica, situated in the Columns of San Lorenzo area, I Gelati di Naninà, in the  Sant’Agostino area and Officine del Gelato, in Viale Monte Nero.
5 DAYS TRIPJourneyLombardiaMilanoNorthern ItalyTrips to the Peninsula
Share

Bienno, Stream of the Mines

Alveare che dice sì is a beautiful project, famous in Europe and that has recently landed in Italy to promote...

This small town perches on the top of the Orera hill. Borgio Verezzi is a Saracen village situated in the...