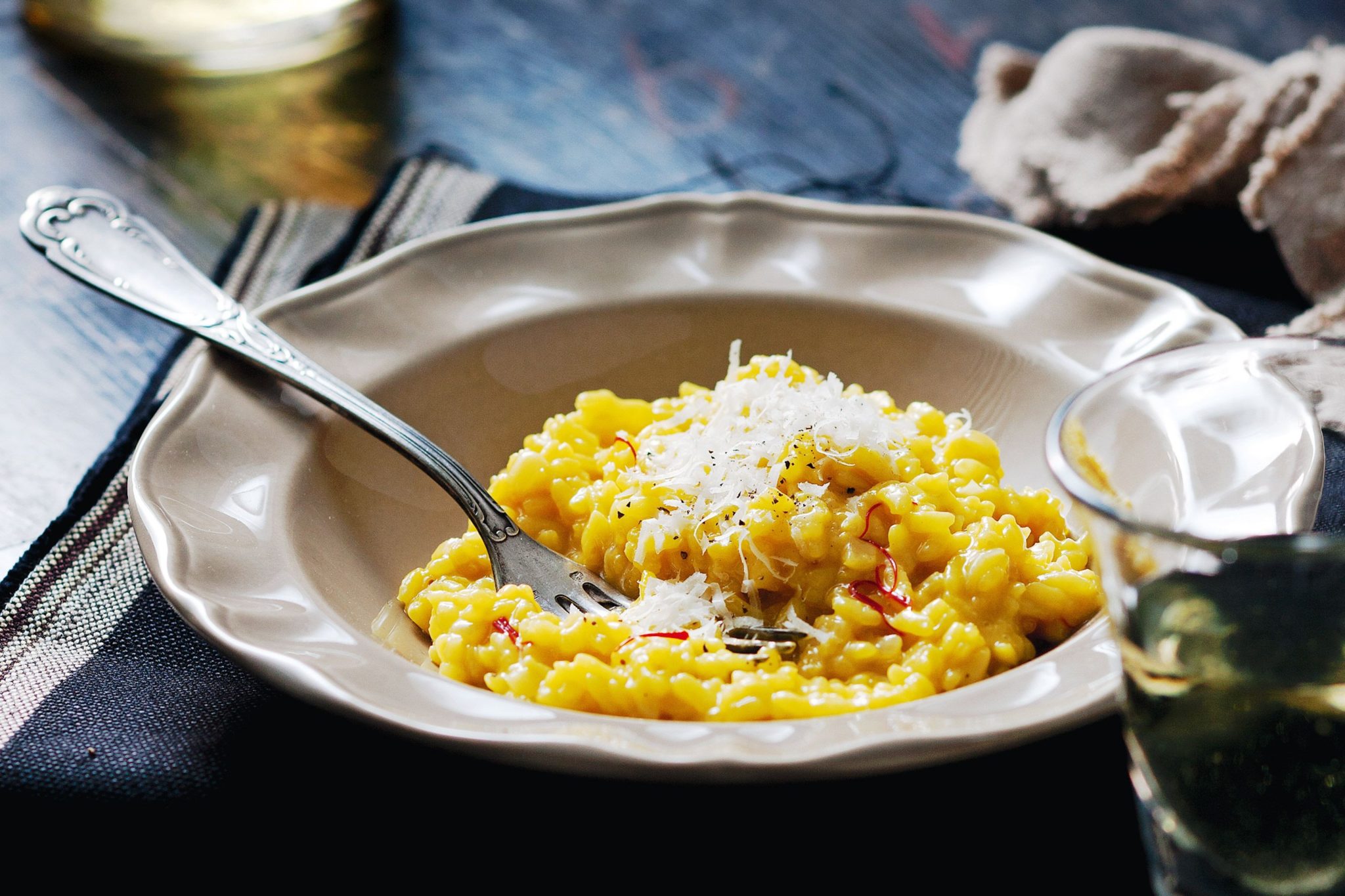 Milanese risotto is definitely the most famous and appreciated dish of the Milanese cuisine (together with the cotoletta). A culinary specialty that boasts an ancient tradition and history, and which has established itself worldwide as one of the prerogatives of Italian cuisine.

The history of this risotto

During the Middle Ages it was referred to as “rice with saffron”. According to the chronicles, which in some cases fade into legend, the first testimony of the Milanese risotto dates back to 1574, and appears in a document preserved in the Trivulziana Library. On 8th September of that year, in fact, it appeared on the table of Valerio di Fiandra, a Belgian glassmaker who lived in Milan and was engaged in the construction of the windows of the Duomo. On the occasion of his daughter’s wedding, the glazier’s colleagues introduced saffron into the butter risotto recipe. Curiosity: saffron was usually used by these artisans – or one of them, nicknamed precisely Saffron – to give a particular yellow color to the glass. Later, the recipe, immediately appreciated by everyone, quickly spread among the culinary habits of the city, becoming one of the most popular dishes in Milan’s taverns. Later, in the middle of the 16th century, the chef Bartolomeo Scappi, for the first time, referred to it as “Lombardy rice”, counting among the ingredients also eggs and braised sausage, typical of the Milanese territory made yellow by the use of saffron. Two centuries later, an anonymous man described it as “Milanese rice”. In 1809 we find the risotto indicated in the city chronicles as “yellow rice in a pan”. In 1829, however, the famous Milanese chef Felice Luraschi pointed it out precisely as “Milanese yellow risotto “. And it is to this time that the recipe for risotto alla Milanese dates back as we know it today. In the 1900s, then the great cook Pellegrino Artusi introduced white wine to the recipe, eliminating the sautéed sausage.

But there is also another “legend” that reconnects the origin of this culinary specialty to the medieval Jewish tradition. In kosher cooking, in fact, a recipe is supposed to have been identified – imported from Sicily by Jewish merchants to Northern Italy – of saffron rice from which the Milanese risotto would have derived. 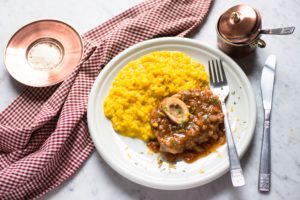 Milanese risotto, also called “risòtt giald”, or yellow risotto, is rice cooked in broth – according to a custom that took over the older method of boiling it in water – with the contribution of saffron, which gives it its characteristic color. The basic ingredients recognized by the tradition – in addition to rice, broth and saffron are: onions, butter, beef marrow, grated Parmigiano Reggiano cheese, salt and pepper. The preparation is to fry the onion and toast the rice with butter or oil. After it is simmered with white wine and cooked over a low heat with gradual addition of broth.

The Milanese risotto goes well with another typical dish of Lombard cuisine: ossobuco. The most suitable wines with which to accompany it are reds but also whites. The choice also depends on whether beef marrow is used in the recipe (sautéed).

The Taggiasca olives owe their name to the village of Taggia, a village in the province of Imperia, a short...

Here is a female entrepreneurial idea in the name of tradition In Italy there are many different family business...