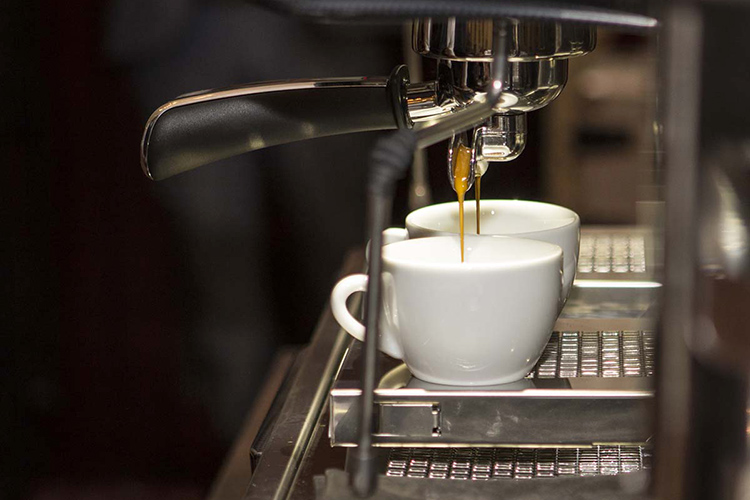 Espresso or mocha? The greatest dilemma for coffee lovers. Both methods give way to excellent results, which can vary depending on many factors. Let’s take a look at the varying range of quality and the differences between these two methods. The espresso in is the most common coffee drink: it is obtained by grinding the Coffea Arabica and Coffea Robusta beans. Espresso is the coffee you get at an Italian café, characterized by foam on its surface. It got its name (meaning express in Italian) because the espresso machine was made with the intent of speeding up the coffee preparation process.

The espresso is a Made in Italy invention that is owed to Angelo Moriondo from Turin, who at the end of the 19th century developed the first coffee making machines. At the start of the 20th century, Luigi Bezzerra patented the device, officially kicking off its diffusion. Preparing an espresso is actually quite simple, considering it was created to make the process faster. The boiling water passes through a container with a filter that where the ground coffee powder is stored.

Depending on the coffee blend, the drink will have a more or lesser intense aroma: in Italy a more concentrated drink is preferred, while abroad “longer” coffee is the preference, having a lighter and less intense aroma. The aroma of espresso generally varies according to the blend and grind of the coffee beans, which quality is determined mainly by the freshness of the mixture. The cup is also very important: it must already be hot in order to keep the temperature of the espresso constant. In recent years, small espresso machines have been integrated into Italian homes, accompanied by the famous “pods”, or pre-packaged single coffee dose machines.

Mocha coffee is usually prepared at home in the classic manual aluminum coffee machine. It Is the coffee of excellence, the one preferred by most Italians. It is often simply called mocha, taking the name of the machine (invented by Alfonso Bialetti), with which it is prepared. Mocha coffee is also very easy to prepare: first you must fill its lower reservoir pot with water to the rim, then place the metal filter in it and fill the filter with ground mocha beans (they are more coarse than espresso beans), and twist on the top part of the coffeemaker. Finally, place it on the stove top and leave it on until the coffee boils comes out through the filter, filling the top part entirely.

Italy in a coffee cup. At Italian Tarditions, the region of Campania smells like coffee: get a taste of the IT5 of the week.
100% ItalianAll ItalyCoffee & C.How to know about itTypical Beverage
Share

The 5 Most Famous Cafés in Naples

What to eat in Naples: il casatiello

One of the main Neapolitan dishes ideal for Easter The Easter season is almost upon us and maybe you’re also...