Modigliani Opera at the Royal Palace of Caserta 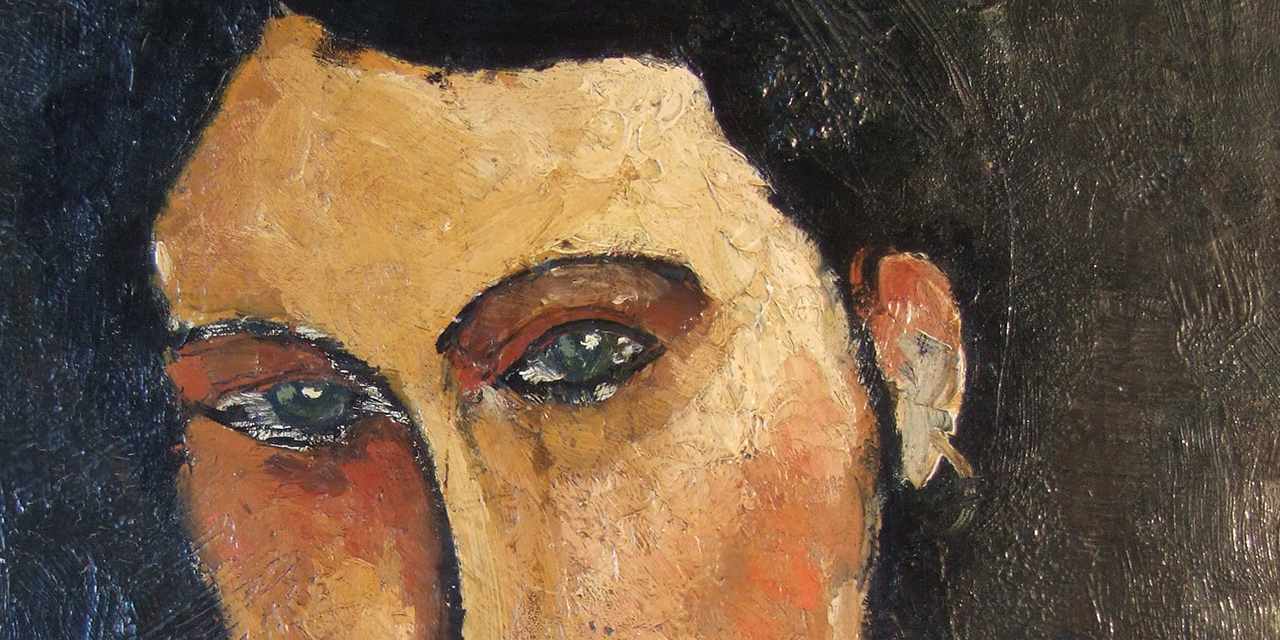 Every year in Italy there are many shows and art exhibitions of international level that take place in the main cities within historical contexts. An example is the one entitled Modigliani Opera at the Royal Palace of Caserta. Italian Traditions will lead you on the discovery of the artist and the interactive exhibition of the works of the famous Livorno painter. We will also introduce you to the Royal Palace of Caserta and how to reach these places. Finally we will explain how to buy entry tickets for the event. 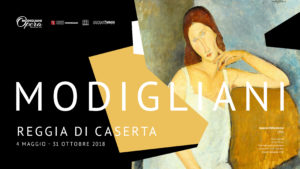 Amedeo Modigliani was born in Livorno in 1884 from a family of Jews dedicated to commercial activity. From an early age he was interested in drawing. He began attending Guglielmo Micheli’s workshop where he learned the macchia technique. When he was afflicted by pleurisy he decided to undertake, with his mother, a trip to southern Italy in search of a milder climate. On this occasion he visited Naples, Capri, Pompeii and Rome. Upon returning to Livorno he enrolled at the Florence Academy.

In 1906 he moved to Paris, the city where the main artistic avant-gardes of the time were born.

In Paris he participated in several shows like the independent one in 1908 and 1910, the 1912 Salon d’Automne and the 1913 Salon d’Antin. His first solo exhibition was presented at the Berthe Weill gallery in 1917. However, due to the presence of nudes in the window, the exhibition was closed on the same day it opened. In the same period he met his muse Jeanne Hebuterne. In 1920 his health condition worsened due to tuberculosis meningitis and he died on 20th January. Success for the artist arrived after his death. 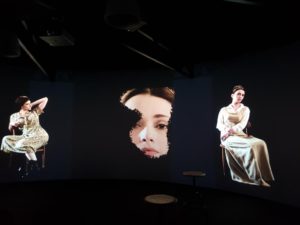 The exhibition itinerary at the Royal Palace of Caserta

From May 4th to October 31st 2018, the rooms of the Royal Palace of Caserta will host the interactive exhibition entitled Modigliani Opera. The proposed show will combine cinema and theatrical communication with the use of various instruments, such as:

The common thread of the show is the metaphor of the eye that makes it clear how the artist has transformed reality. In total it is a full immersion lasting 30 minutes in which the visitor has the opportunity to get to know the figure of Modigliani through 21 different scenes that follow each other. 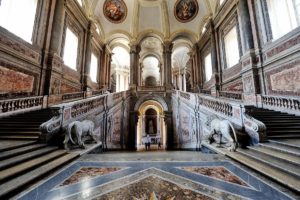 The Royal Palace of Caserta

The Palace was built at the behest of Charles Borbone who in 1752 decided to transfer the court of the Kingdom of Naples here. It has a rectangular plan that is structured with buildings that overlook four large internal courtyards. Its total area is 47000 square meters and it has a height of 36 meters. An imposing portico connects the building to the park. The place where the Modigliani Opera exhibition takes place is the area that today is called ex-Aeronautics.

How to get there and how to access the exhibition

To reach Caserta you can use the Milan-Naples motorway with exit at Caserta. By train it is easily reachable from the main Italian cities. The nearest airport is Naples Capo di Chino which is 25 kilometers from the Royal Palace. The exhibition is open every day except Tuesday with the following times: 8.30a.m.-7.30p.m. Tickets can be purchased online or at the entrance and cost € 12 for the whole ticket and 7 for the reduced ticket. For children under 12 years old it’s free.

Italy has always been known and appreciated for its artists who have been fundamental for the history of art. Today the works of these great artists are presented in innovative ways. If you want to discover other places to visit in Italy we recommend reading this article too. Now that you know about the Modigliani Opera exhibition, you just have to organize your visit.

Italian shoe factories: the excellence of Made in Italy

Spaghetti mussels and clams: between sea and tradition

The days of the Blackbird are the three coldest days of the year. They coincide with the coldest peak of the...

Artisans of the taste Parabiago: here is some useful information

Do you want to take part in the “Artigiani del gusto” event – National Trade Show and are looking for more...