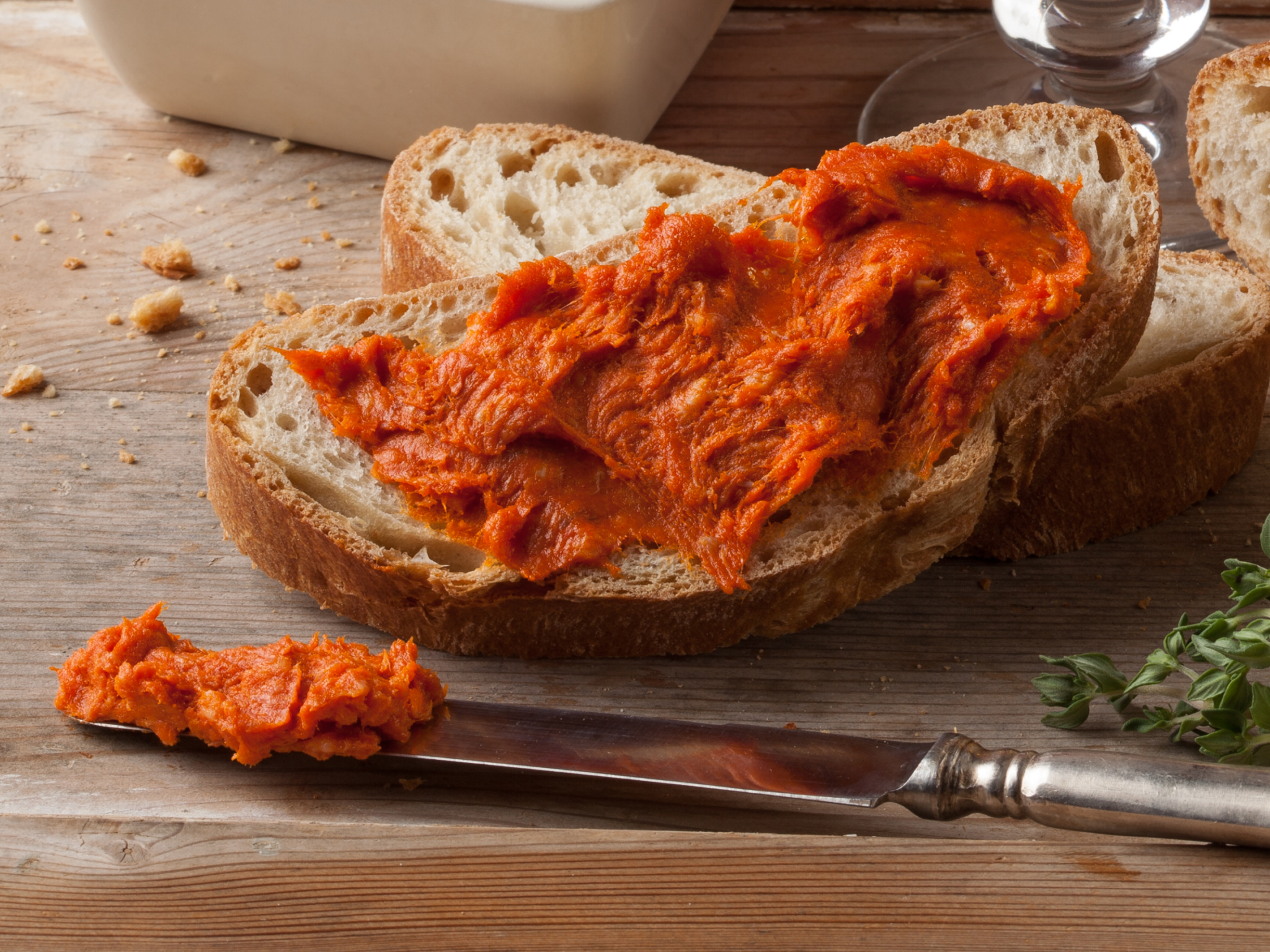 The origin of this product is  not certain, in fact, there are many versions about the humble beginnings of this tasty cured meat, though the name nduja, most likely derives from the French “andouille” which means sausage. It appears that during the Napoleonic period, the French to gain the favors of their soldiers, gave them this “mixture”, prepared with pork scraps (fatty parts and offal). Originally it was a poor product, over time, thanks to the farmers who “adopted” it and made it their own, to make use of every piece of meat, it took its place in the history and traditions of Calabrian cuisine to the point that today, it represents perhaps the most characteristic food.

Although there are excellent producers throughout the region, the great Italian chefs who have chosen it as a key ingredient in many of their recipes, agree on recognizing Spilinga (in the province of Vibo Valentia) the absolute “capital” of this “strange” and definitely unique cured meat.

Characterized by a creamy consistency and a particularly spicy taste, nduja, is a soft, very spicy salame that is eaten spread on toasted bread, better if still hot, or used as the base for a ragù or even a simple tomato sauce; it can be used to garnish  pizza, before the other condiments if raw or if not it can be put on after cooking; it can be eaten on slices of semi-matured cheeses or can be an ingredient for an omelette.

Now down to details,  “modern“ nduja is produced by mixing with art and know how: meat and pork fat with abundant spicy calabrese chili in ratio of 1: 2, 1 kg of chili powder for 2 kg of pork. The high amount of chili pepper does not only have the task of giving flavor and color, but also, as a natural preservative, it guarantees the shelf life of the product. 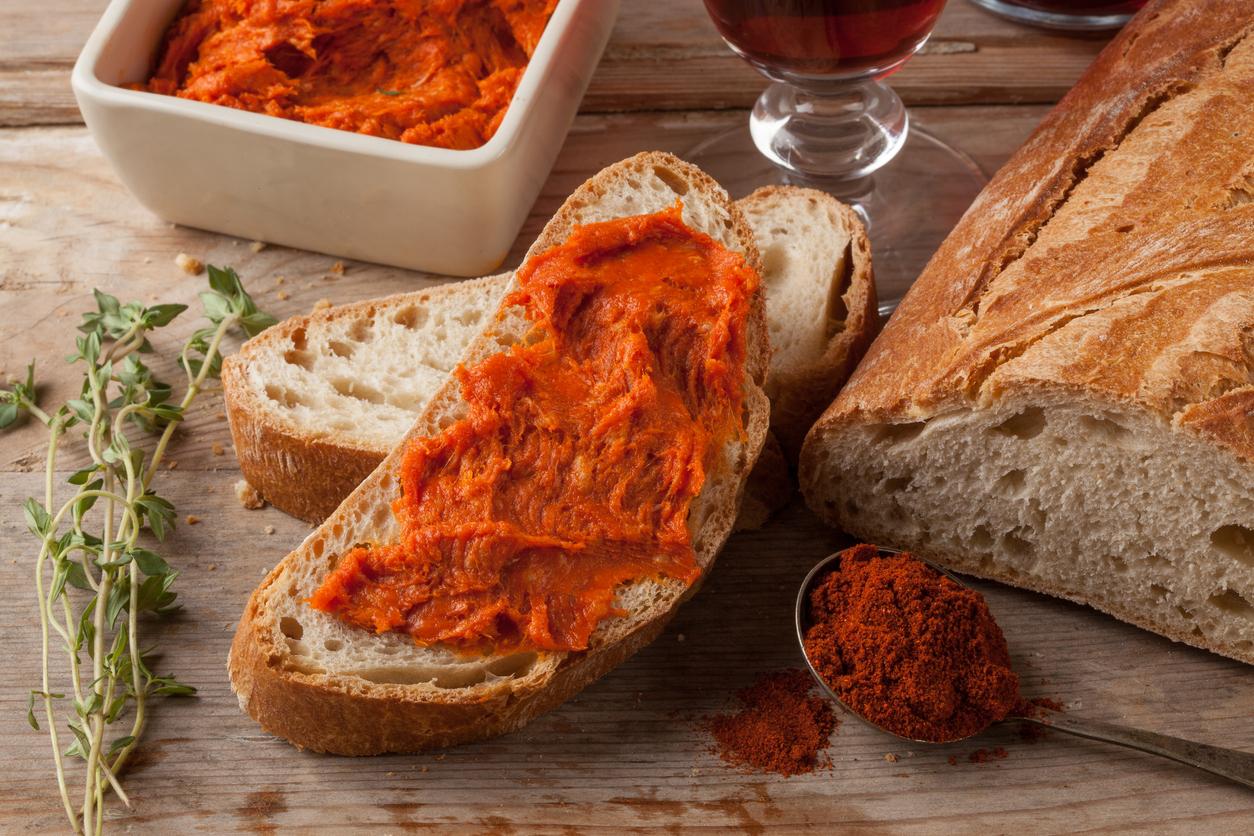 In practice, the pork is mixed with chili and salt in a kneader until the mixture is  creamy and homogeneous then it is left to rest for about 2-3 days in a wooden chest. Once it has rested, the meat is stuffed into the natural gut, the cecum, also known as “orb” (orb or blind) and then tied at the end with a string. At this point, the smoking process starts through the combustion of fragrant wood of the territory (olive wood is generally used) and, subsequently, the maturing for at least three months in suitable premises where the salami dries, loses weight and becomes the colour of “red fire”, while still being soft and creamy, without ever hardening. Even from a health point of view, nduja is a highly appreciated product. For example, high levels of chili pepper are described as aphrodisiac and beneficial for the cardiovascular system. But by analyzing the composition, there are certainly many other health properties.

If you liked this article, you will also enjoy this read: Hot sauce from Calabria

A visit to the museum in Rimini

Breakfast with the family: why is it important to eat together

Breakfast is universally considered a fundamental meal, it supplies the nutrients and energy to start the day. But...

8 benefits of grapes that maybe you didn’t know

Apart from being very tasty, grapes have many properties: in fact, being rich in vitamins, they help our body to...