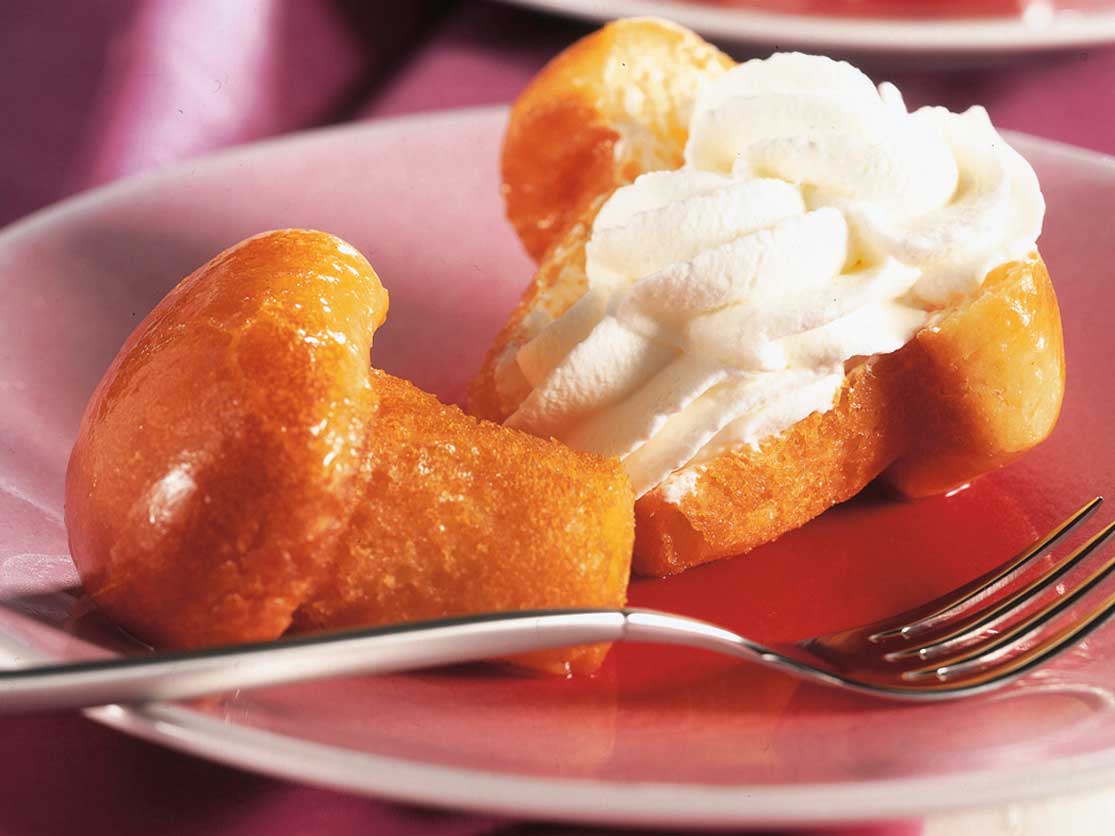 One of the most famous Neapolitan products in the world

Traditional Italian confectionery presents regional recipes that are now known beyond national borders. One of the most famous is the rum Babà, a typical Neapolitan dessert. Italian Traditions will lead you on the discovery of this exceptional product telling you about its origin. We will also present the traditional recipe that is followed by Neapolitan pastry makers for the realization of this delight. Finally we will explain the preparation of this cake, which today is a symbol of Naples around the world.

What is the Rum Babà

Rum Babà is a dessert that is traditionally prepared by Neapolitan pastry chefs. It is a leavened bakery product made with brewer’s yeast. Its dimensions can vary from 5 to 40 centimeters. It can be presented in different ways. The two most common are:

There are also other variations to the traditional recipe that make this cake suitable for all tastes. The main characteristic of the Babà is rum. The alcohol gives the cake a unique taste and makes it very special.

Rum Babà comes from a Polish cake. This product was then used by French chefs who changed its name to Babà. Its invention was the work of the Polish king Stanislao Leszczyński, father-in-law of the French king Louis XV. As for its typical mushroom shape it is due to the pastry chef Nicholas Stohrer. The first evidence of its presence in the Neapolitan territory dates back to 1836 in the manual written by the famous Neapolitan chef Angeletti. Today the pastry shops of Naples all prepare this cake.

The traditional recipe for making Rum Babà requires particular attention to the technique used for the dough and the rising times. In fact it is left for a long time inside a mold in the shape of an elongated cone before being baked. According to the typical recipe to obtain about twenty Babà, it is necessary to use precise doses of the following ingredients:

The first operation is to dissolve the yeast in the water and then add this mixture to the flour. Now you must mix the dough that is then kept at rest in a bowl and covered with a cling film for at least thirty minutes. Then you can proceed using a kneading machine. Put the dough into the mixer and add the eggs. After add the butter and let the mixer knead the dough, then leave it to rise for 3 hours.

The last step to prepare the Rum Baba is to make the syrup with apricot jam and rum. When the dough is ready you must add this liquid and then proceed to put the dough in the appropriate molds. At this point they bake for about thirty minutes at a temperature of 180 degrees.

Italian cuisine has many products that have the characteristics of the territory of origin. Their excellence has allowed them to become popular throughout the country and even abroad. If you want to know other typical products of the Neapolitan culinary tradition we advise you to read this article too. Now that you know the Rum Baba you just have to taste one.

Chocolate, All the Variations of Pleasure

A plant of very ancient origins (in existence for over 6000 years), today probably the best-known, most popular and...