Nocino: among the most appreciated Italian liqueurs 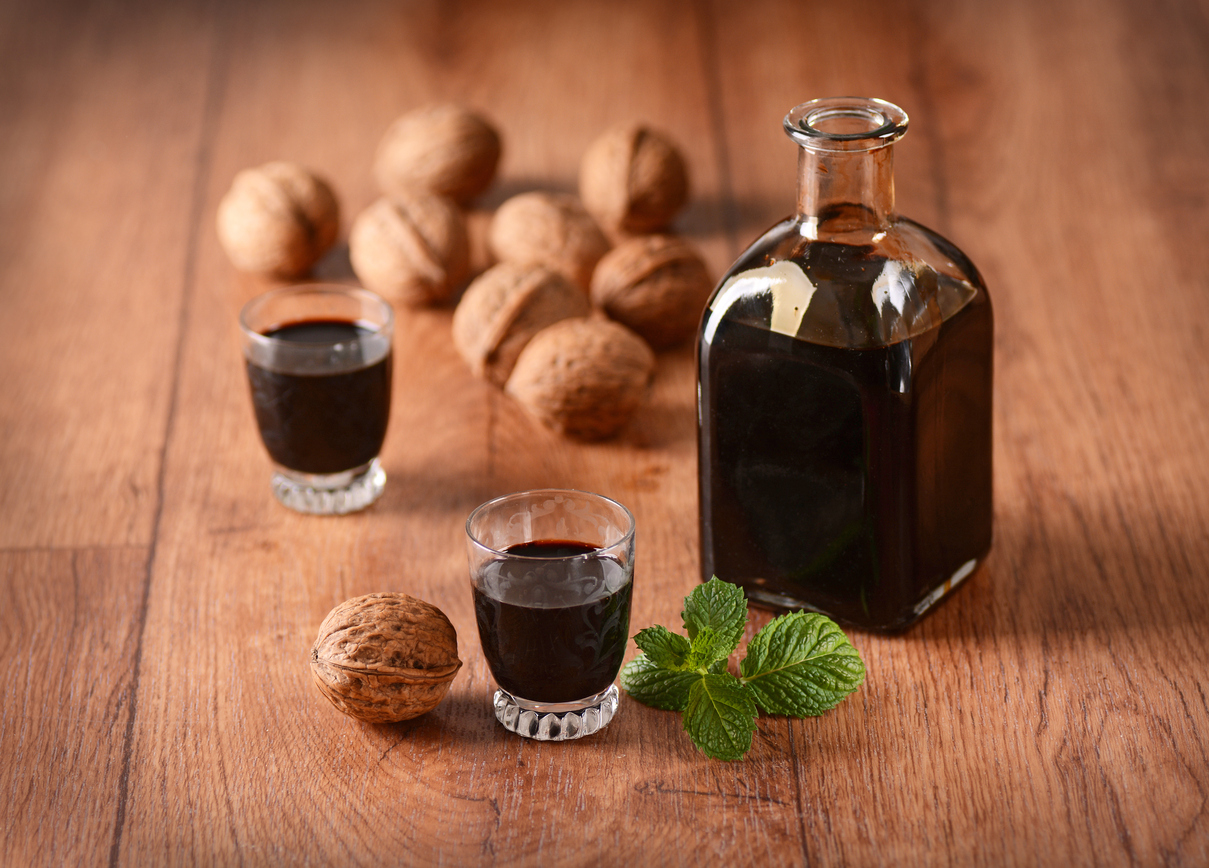 Among the many liqueurs produced in Italy, Nocino is one of the most famous and appreciated specialties.

The origins of nocino

Among Italian liqueurs we can find Nocino that is obtained from walnut husks placed in infusion. It is a distillation procedure customary of many European countries that gives a drink with an intense walnut flavour, but which in Italy has a much more remote tradition. From the ancient Romans we have learnt that the British population of the Picts used to drink a liqueur made of walnuts, whereas, in relatively more recent times, it appears that in France a walnut liqueur, called Ratafià, was also prepared. France in fact is meant to be, the place of origin of this specialty, which then spread to Italy through Liguria and then Emilia Romagna. 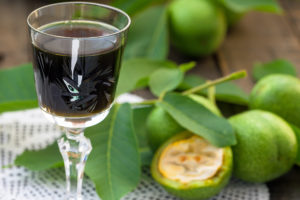 In Italy, walnuts are a fruit wrapped in a halo of legend, being closely tied to witches and their spells. Traditionally, in fact, walnuts were harvested on the night of St. John – between 23rd and 24th June – by a woman particularly skilled in the preparation of the liqueur, who climbed the trees barefoot to choose the best nuts and collect them without damaging the husks. On that night it was said that the plants and leaves of the trees became magical. The walnuts were then infused the next day and the Nocino was considered to be ready on the night of 31st October, or on the eve of All Saints. It was important not to use iron tools during the harvesting of the nuts, in the conviction that the metal could compromise the properties of these plants.

The Ancient recipe of one of the most beloved Italian liqueurs 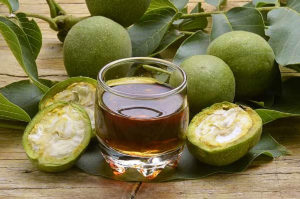 As often happens with Italian liqueurs, there are many recipes to prepare Nocino. One of the best known is to gather 19 nuts from each tree, still green and small, until reaching a total weight of one kilogram, provided this is obtained with an odd number of walnuts. After having pounded them lightly in a mortar, the walnuts must be cut into four parts and placed, together with 1.2 kg of sugar in an airtight glass container (with no rubber gaskets), where they are left to rest for about two days. Only at this point are alcohol and aromas added, usually cloves, lemon peel and cinnamon. The next phase involves the preservation, in a place partially exposed to the sun. After a period of 40/60 days, the liquor is filtered, and before being bottled, must be mixed with a mixture of lukewarm water and sugar. Once bottled, it is advisable to leave it to rest again until the Christmas holidays.

Lombardy is a region rich in wine and food specialties often linked to strictly local productions, in some cases to...

Since 1958, the Mauri family has managed the estate and the cellars of Castel San Mauro, between the...