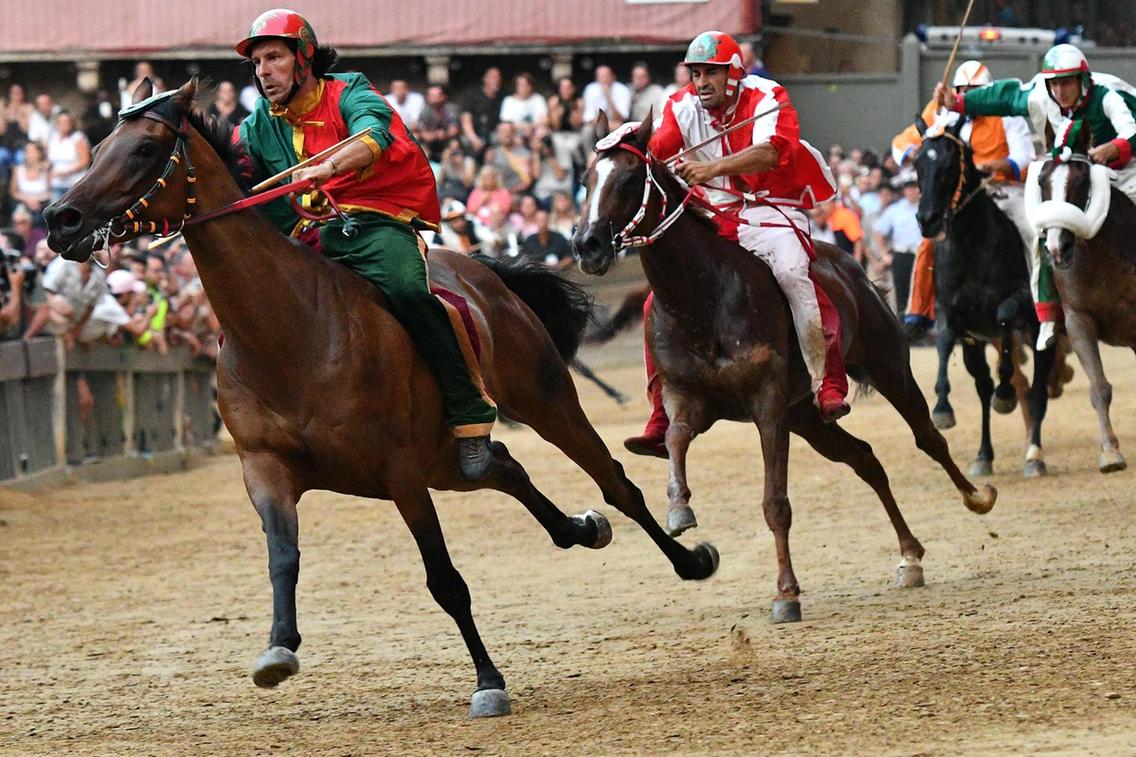 The Palio di Siena is not just a folkloric event. It can be defined, instead, a part of the more traditional and heartfelt life of the Sienese people.

Its history has ancient roots, and today it still boasts regulations and rules dating back to 1644, the year in which the first Palio was held with horses – reaching the present day (the only interruptions of the event occurred during the two Wars World).

The presence of the Palio, however, is much more ancient: there is documentation around the 13th century, in fact, of a horse race and a Palio di San Bonifazio, to which the ancient Cathedral of Siena was dedicated. On the other hand, the races were a phenomenon decidedly rooted in the city’s culture, involving nobles, notables and other citizens able to have horses suitable for competitions. The ancient race was linked to the ceremony of offering the candle to the Madonna dell’Assunta, and was called “long”. The Palio Race was officially included in the Municipal Statute in 1310, as a celebration of the day of the Assumption. The Palio, or “drappellone”, lined with leathers, carried the coats of arms of the governors of the city. To demonstrate the strong grip that the Palio had on the city, it should be remembered that it was also held in the two years 1348-1349, during the infuriation of a plague epidemic, as happened also in 1474. In 1529 the last regulation was drafted, and there were numerous interventions to make the race less dangerous. Originally, in fact, the horses left the Osteria del Pavone, in front of the church of Santa Maria degli Angeli in Valli, now the Compagnia Church, and the risk of deviation to the Certosa was very high. Furthermore, until 1739, every breed of horse was admitted to the race, but later the English and Berber horses were excluded from the race. 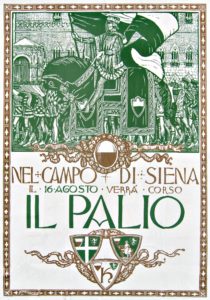 The Palio is held on two different occasions: July 2nd and August 13th. In both cases, the race organizing machine starts when a firecracker announces the exit of the horses. Each jockey receives the whip with which he will incite the horse during the race, then they move on to the “mossa”, or the point where the two ropes are stretched, along which the horses of the 10 participating Contradas will line up. The tenth Contrada enters “running”, indicating the moment of departure.

The race calls for three laps of the track for a total length of about 1000 meters. The winning horse – who can cross the finish line even without his jockey – and his Contrada receive the Palio, and immediately go to the Basilica of the Madonna di Provenzano – for the July Palio – or to the Duomo – for the August Palio – to sing the traditional song of thanksgiving to the Madonna. A very important victory, felt in a visceral way and participated by all the contradaioli.

The Palio takes place in the beautiful Piazza del Campo, where the historical procession arrives and where the public can watch the Palio for free. For non-Sienese people, an unmissable opportunity to experience this important moment close up, where the participation and passion of the Sienese reach incredible levels.

These characteristics make the Palio di Siena one of the most authentic, felt and experienced traditions present in the great heritage of Pali and Feste present in Tuscany and in Italy.

The historical re-enactment of the bracelet challenge

No place is too far away, especially at the table

From the first time I came here, things have changed a lot: ten years ago, seeing a westerner around Tokyo was...