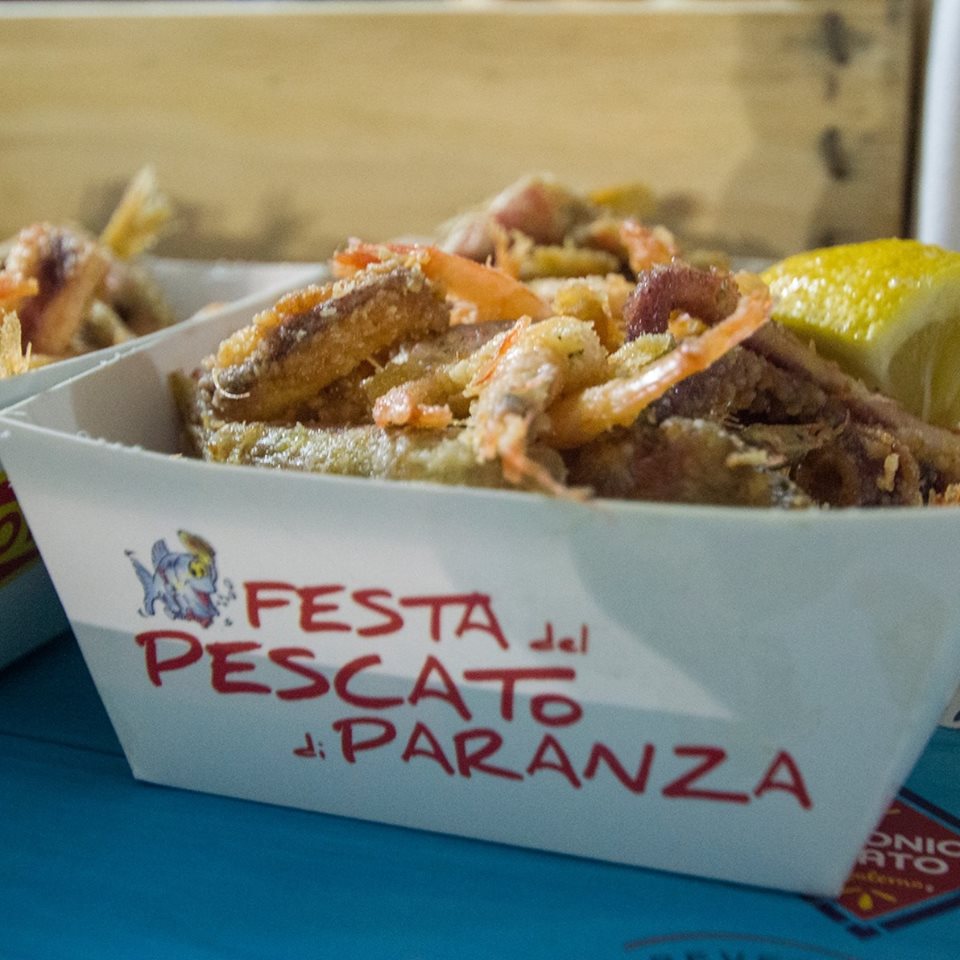 Among the many fairs in Italy in June, the Festa del Pescato di Paranza of Castellabate represents a fairly recent introduction but it is a great attraction for Italians and tourists from all over the world. The event, which reaches its 11th edition this year was held from June 14th to 16th in Castellabate, in the province of Salerno and is felt as a special opportunity for the whole town, which, on the occasion, has been decorated with stalls, lights and perfumes.

The fair is a real triumph of the most characteristic flavours of Cilento, the region that extends south of Salerno down to the borders with the coast of Basilicata. This gastronomic event offers all the delicacies of the typical cuisine of the area. The fair took place in the square “Campo dei Rocchi” and included a rich program of markets, craft workshops, accompanied by musical performances and activities for the little ones. 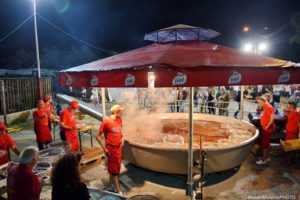 The absolute protagonist of the fair is the “fried fish” which, as usual, was prepared in large quantities in a giant pan, 4 meters in diameter, in which 40 tons of fish have been fried during the three evenings.

Apart from being a moment of Italian conviviality and tradition, the fair aims to promote the beautiful area of Cilento, its sea, its colours and even the ancient art of fishing, the main sector of the local economy.

“Paranza” is the term that indicates the typical fishing boats, and therefore the type of net fishing that has always been used in this part of the Mediterranean. Moreover, it is twinned with the Fish Festival of Camogli, in Liguria and receives the patronage of the Cilento and Vallo di Diano National Park. 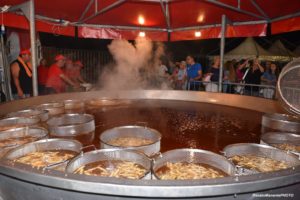 The village of Castellabate and its territory fall within the splendid Cilento National Park, declared a World Heritage Site by UNESCO in 1998. The sea and the coast are included in the system of protected areas called Rete Natura 2000 to protect the natural habitat of the animal and plant species present, including the Caretta caretta turtle.
The medieval town center develops around the walls of the “Castello dell’Abate” founded by the abbot Costabile in 1123, a fortress with four towers that defended the town from attacks by the Saracens. Other monuments not to be missed are the 12th century Papal Basilica of Santa Maria de Gulia, the Belmonte Palace, the De Angelis Palace and the Granito Palace. Also worth seeing is the Port Travierso, a 12th-century port, and the Torretta, a fortified farm from the 17th century.

A visit to the park of the Reggia di Caserta: discovering its history and legends

Seadas is the Sardinian dialect name for one of the island’s most beloved treats: small honey-covered sweets...

Among the events in Milan in May, we at Italian Traditions were intrigued by Beyond The Castle: an initiative...