SALVATORE FERRAGAMO MUSEUM IN FLORENCE, ONE OF THE ITALIAN STYLISTS PIONEERS OF MADE IN ITALY 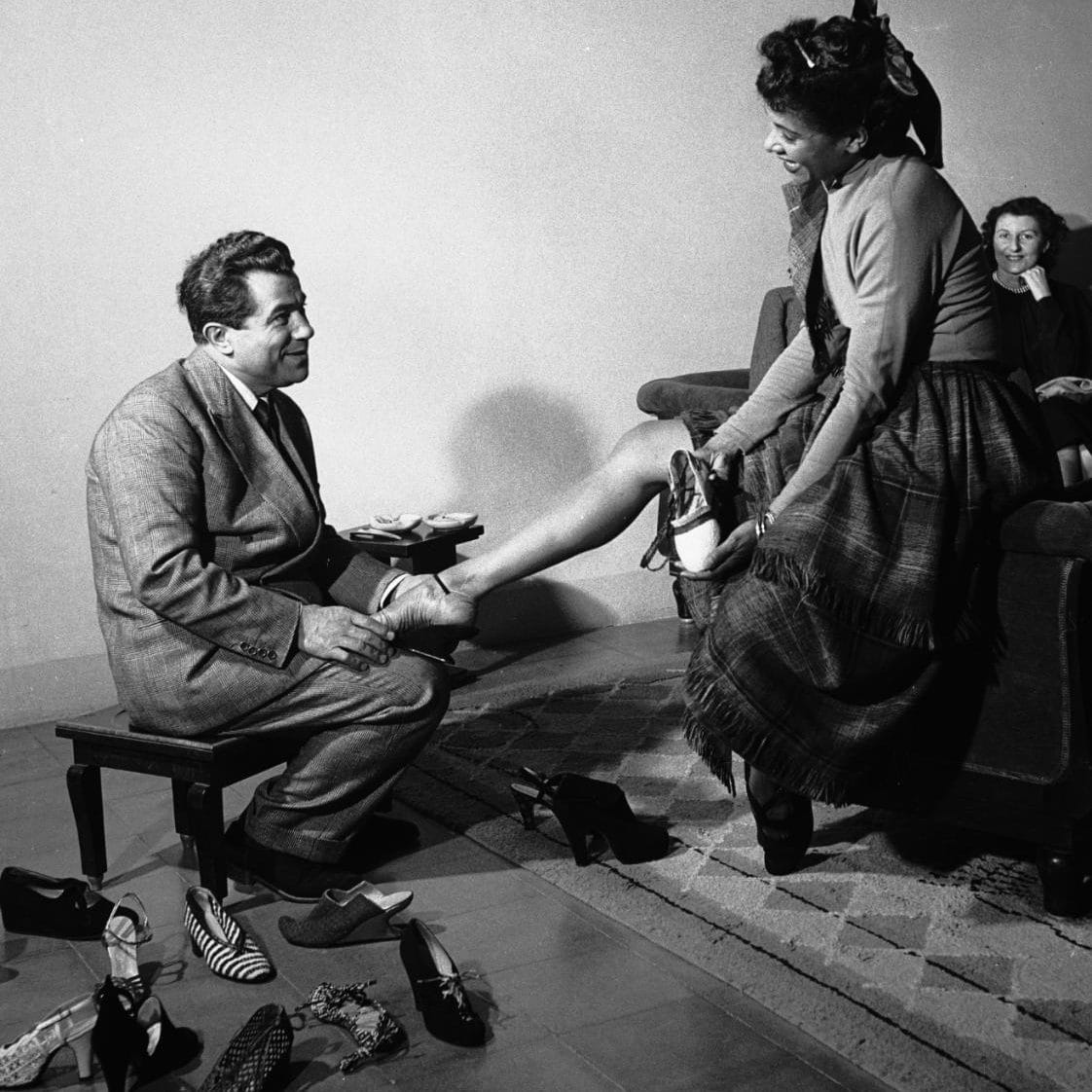 Salvatore Ferragamo has been one of the Italian stylists pillars of  fashion in Italy. It is said that his passion came about after creating shoes for his sisters. The art of Italian footwear is one of the many jewels of Made in Italy, but also one of the elements that has influenced the cultural and social history of the nation in the vast panorama of clothing and tailoring. A testimony of how fashion and style are deeply rooted in the tradition and life of Italy is represented by the Salvatore Ferragamo Museum in Florence and the story of one of the greatest and most famous Italian stylists of the peninsula.

The Salvatore Ferragamo Museum was inaugurated in Florence in 1995 at the initiative of the Ferragamo family in the historic Palazzo Spini Feroni in Via Tornabuoni, formerly the headquarters of the Ferragamo company since 1938. The goal was to make the world wide public aware of the  art of Salvatore Ferragamo and its influence not only in the world of footwear but also of international style and fashion. The project was born from the synergy of his wife Wanda and his six children and was inspired by an exhibition dedicated to the history of Salvatore Ferragamo which was held at Palazzo Strozzi. The exhibition became itinerant and was hosted by the most important museums in the world including the Victoria and Albert Museum in London, the Country Museum of Los Angeles, the Guggenheim in New York and the Kai Foundation in Tokyo, to then become permanent and give life to the exhibition activity of the Museum. 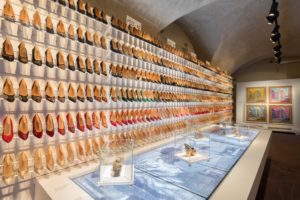 The Ferragamo Museum is composed of seven rooms. Two are dedicated to the history of the House of Ferragamo and exhibit 14,000 models preserved in the archive according to a two-year rotation. The remaining rooms host temporary exhibitions. The collection showcases the entire activity of Salvatore Ferragamo from 1927 until 1960, the year of his death. It also includes the company’s advertising sketches including those made by the futurist artist Lucio Venna, also the creator of the fashion house’s label, drawings, wooden models and photographs. Among the various “memorabilia” also the famous “cork wedge shoes” which were patented in 1936, and the shoes created for actresses like Marilyn Monroe, Audrey Hepburn and Greta Garbo 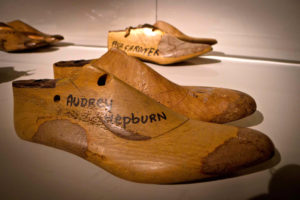 The building that houses the Ferragamo Museum is Palazzo Spini Feroni. Purchased in 1846 by the Municipality of Florence, it hosted the City Council in the period in which the Tuscan city was the capital of Italy. In 1881 the Palazzo was purchased by the bank Cassa di Risparmio, and finally bought back in 1938 by Salvatore Ferragamo, thanks to his successes in the American and Italian markets. The designer transformed the building into the headquarters of his company with attached design studio. In 2000 an important restoration work was completed and masterpieces of the Florentine art of the 17th  and 18th centuries were exhibited including the frescoes that adorn the chapel annexed to the palace. Even today, the oldest part of the Palazzo, or the basement that dates back to the medieval period, is still visible.

Born in 1898 in Bonito in the province of Naples and eleventh of fourteen children, Salvatore Ferragamo began his career in the world of footwear production at the age of 11 as an apprentice shoemaker. At the age of 13 he opened his own shop in his native town. At 16, he left for the United States to join his brother in Boston, to work in a large shoe factory. Despite being fascinated by the machinery and modernity of the American industry, he soon realized the quality limits inherent to  industrial production. In the 1920s he moved to California where he opened a shoe repair shop in Santa Barbara. There, in the land of cinema, he began to work on making shoes for the actors, later moving to Hollywood, where the American film industry had settled. In 1923 his Hollywood Boot Shop was inaugurated and his career as a “shoemaker of the stars” began. However, Ferragamo made his return to Italy in 1927 to settle in Florence, a city particularly rich with artisans. 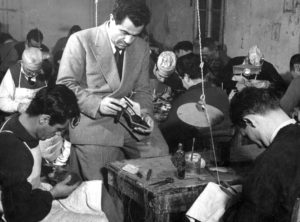 Thus, his Italian production aimed for the American market was born, interrupted by the economic crisis of 1929. The American crisis brought also the fall of the Ferragamo business, that did not however lose heart and in fact decided to channel production towards the Italian market. In 1936 the return to success was sanctioned by the opening of two laboratories and a shop in the premises of Palazzo Spini Feroni, a building that was later bought outright. After the Great War, Salvatore Ferragamo’s shoes became one of the symbols of Italy’s return to life. An example are  Marilyn Monroe’s high-heeled metal stiletto heels, or the gold sandals made with nylon thread uppers, which were awarded the prestigious Neiman Marcus Award, the first fashion Oscar granted to the world of footwear. Salvatore Ferragamo died in 1960 leaving his family the task of carrying on his heritage and having fulfilled his greatest dream: to create the most beautiful shoes in the world. 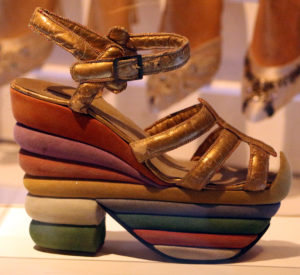 That of the night of the Cucibocca is a custom typical of the small and picturesque Montescaglioso, tiny hamlet in...