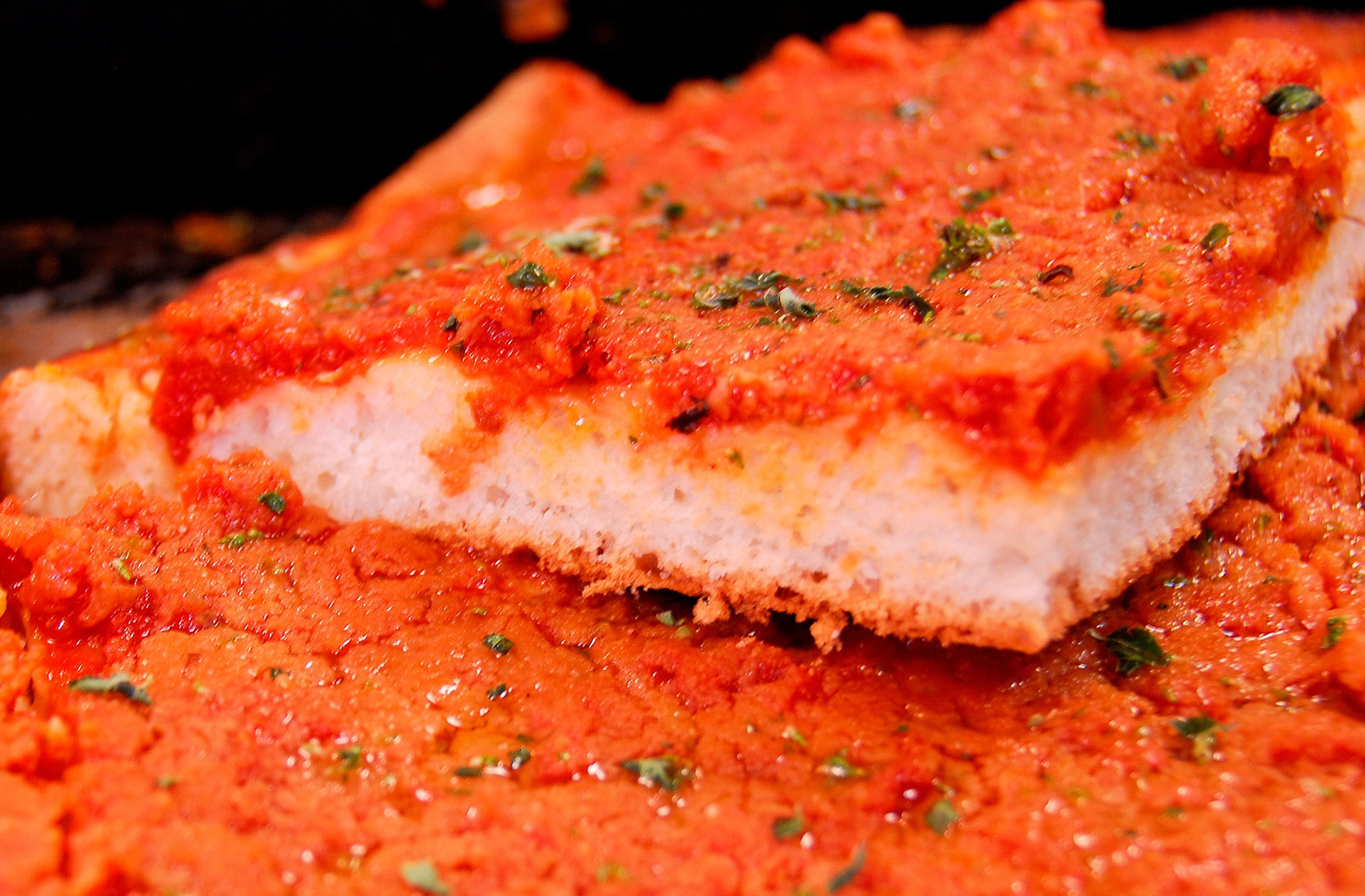 Palermo, further to boasting a leading position for its great traditional cuisine,  is also one of the queens of street food. Among all the recipes of Palermo, the sfincione stands out for its tastiness and its history, so as to be included among the PAT, the Italian Agri-Foodstuffs. According to tradition, the sfincione originated – as happens with many Italian dishes and recipes – in a convent, that of the Sisters of San Vito.

But what is the sfincione? And where does its name come from? The term, of Latin origin, means “sponge”, while in Arabic it represents a sort of pancake with honey. The recipe involves a dough similar to pizza, with the addition of tomato sauce, onion, oregano, anchovies and caciocavallo.

It is offered all year round by bakeries, takeaways and street vendors, but literally triumphs during the Christmas period, while in nearby Bagheria it is included in the menu of the days that anticipate the main holidays: Immaculate, Christmas, New Year, Epiphany. The secret of this food lies in the leavening of the dough, which is particularly soft thanks to the abundance of water.

Pieces of salted sardines are placed on the rolled out of dough, the second layer is instead seasoned with slices of a cheese that can be fresh pecorino, tuma or primosale, while the third is composed of crumbs flavored with grated pecorino cheese, onion, oregano and oil . Everything must be cooked in a wood oven.

A small curiosity: it is said that the true sfincione, the most authentic and tasty, is that found in Palermo by the vendors of Porta Sant’Agata, who attract passers-by with their calls.

This is the sfincione, one of the many excellences among the many Italian recipes to savor during the year.

1- On a work surface, knead the flour with baking powder, dissolved in a little warm water

2- Work the dough adding the water a little at a time, until you get a soft and elastic dough

4- Transfer the mixture to a covered bowl and leave to rise for at least 3 hours.

5- In the meantime, prepare the tomato sauce, cut the onion into slices, cook in a pan with a little oil

6- Add the peeled tomatoes, add salt and pepper and continue cooking for about 20 minutes

7- On a floured surface, roll out the dough to a thickness of a couple of centimeters, transfer it to a baking tray previously greased with oil and season with the tomato sauce

8- Add the cheese and the pieces of anchovies. After having sprinkled the sfincione with some oregano, bake it at 220° for about 20 minutes.

There: your recipe is ready to serve! Amaze the diners with tasty regional recipes every day. Continue to follow us to discover many other delicacies of our country.

The sbrisolona is definitely a famous recipe throughout the Italian territory. Its origins are poor and its recipe,...

Zeppole of the Immaculate festivity: among tradition and taste

The zeppole of the Immaculate is a cake originating in Campania typical of Italian culture. They are prepared...