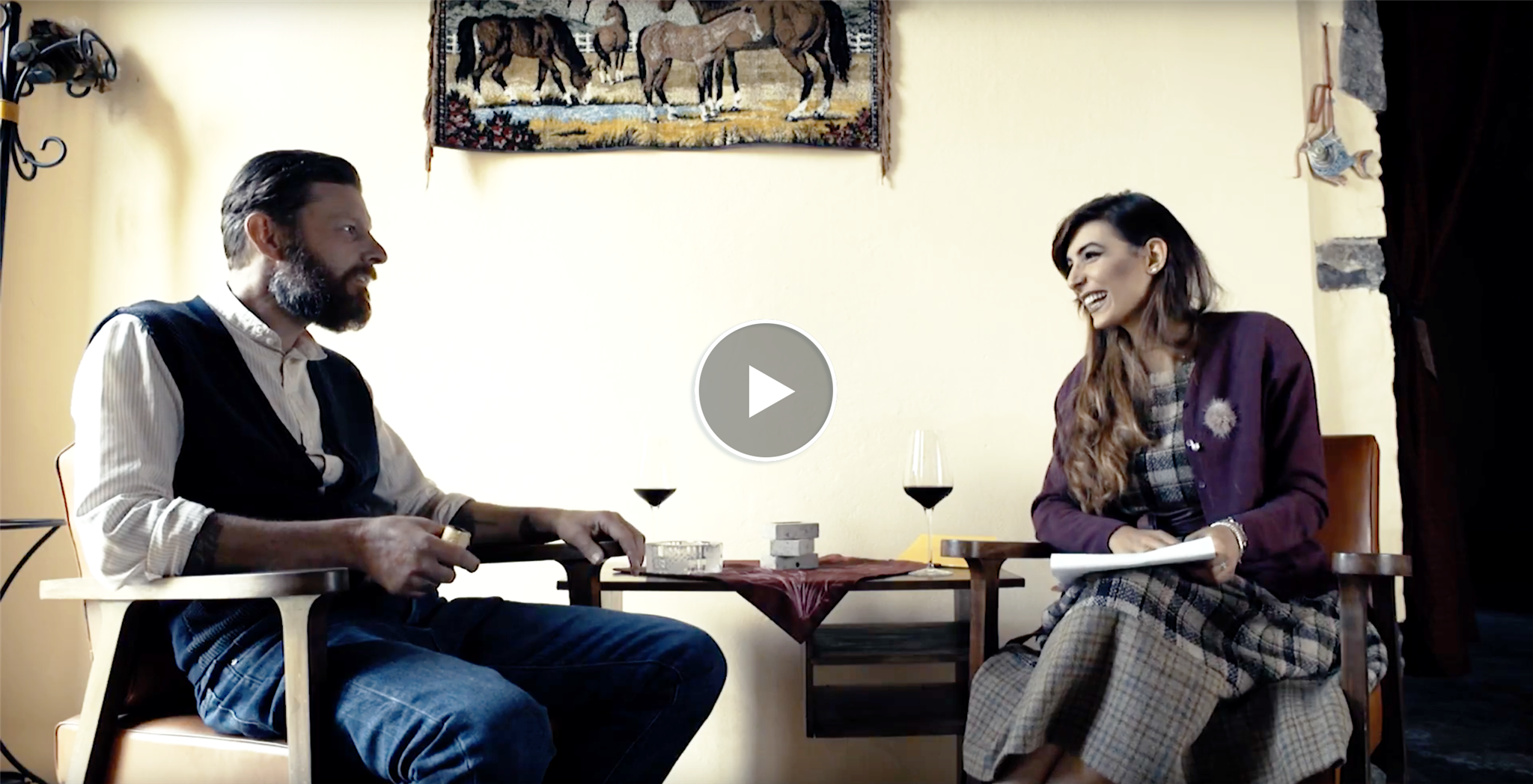 Since 1958, the Mauri family has managed the estate and the cellars of Castel San Mauro, between the Sabotino woods and the Isonzo river, in a territory characterized by a unique microclimate and a particularly suitable land for viticulture: the Collio, in the province of Gorizia. Today Manuele Mauri manages 6.5 hectares of vines – within a total area of ​​25 hectares – facing South, at between 95 and 160 meters above sea level, producing absolutely excellent wine in the name of tradition and of the profound respect for wine.

Manuele stands out in the market thanks to his deep passion for nature and the historical and naturalistic culture that allowed him to patent the NOE winemaking system.

Inspired by the wisdom of the ancient Roman quarrymen who slid huge blocks of stone down to the sea on large slabs of lead and sent them to the master stonecutters in the cities of the Empire, the system is made of marble blocks from the Aurisina quarries that they have a solid base to hold stacked modular modules to make up the walls of the container and a lid.

The components are smooth, they do not have sharp edges inside so as to allow, with the disassembly, as well as easy storage, an easy and deep cleaning.

Suitable filling and emptying holes make it completely similar in function to any other barrel, moreover thanks to its modularity, pre-setting the capacity, it can be adapted to the needs of the cellar also in function of the vintage and, even more outstanding feature for the most attentive to the environment and to eco-sustainability, marble does not require disposal or the killing of living and vital beings for its production.

Marble is hygienic, transpiring, inert and imperceptible to the liquid it contains so as to protect the wine making and aging of the wine from bacterial contaminations, the intrusion of the wood components and the roasting of the staves. Calcium carbonate, a constituent of stone, is a widespread element in everyday use: we drink it in tap water, it is present in toothpaste, food production makes extensive use of it.

All these characteristics make Manuele Mauri a visionary and – as he likes to define himself – a creative of viticulture, animated by the innate adaptability that has always been inherent in every farmer’s spirit.

Here the vineyards are rigorously cared for, with high plant density. Making the most of the qualities of Flisch di Cormons, commonly called Ponca, the characteristic clay soil formed by the erosion of marl and sandstone, and particularly suitable for viticulture. Elements such as the low production of each plant, care and natural fertilization, reduction of the use of plant protection products, Triton pruning system, manual harvest in boxes, lead to the production of healthy grapes and extraordinary organoleptic qualities. In the cellars of Castel San Mauro, the wines do not undergo chemical stabilization processes, nor are they clarified, while the pre-bottling and filtration operations are designed to keep intact the particular characteristics of the grapes used, respecting the delicate balance between vine and man . The integrity of the grapes and the use of traditional procedures are at the origin of quality and are typical prerogatives of which the wines of Castel San Mauro can boast. The results of Manuele Mauri’s passion and work are the Ribolla Gialla, the Cha’ar, the Atavo and the Vinorang.

Festival dei due mondi in Spoleto

Marostica: culture and tradition in Italy

Spaghetti mussels and clams: between sea and tradition

Spaghetti with mussels and clams is one of the most popular dishes of Italian cuisine around the world. It is...

In traditional Italian cuisine, even a simple side dish can be a tasty dish. And it is precisely the case of the...