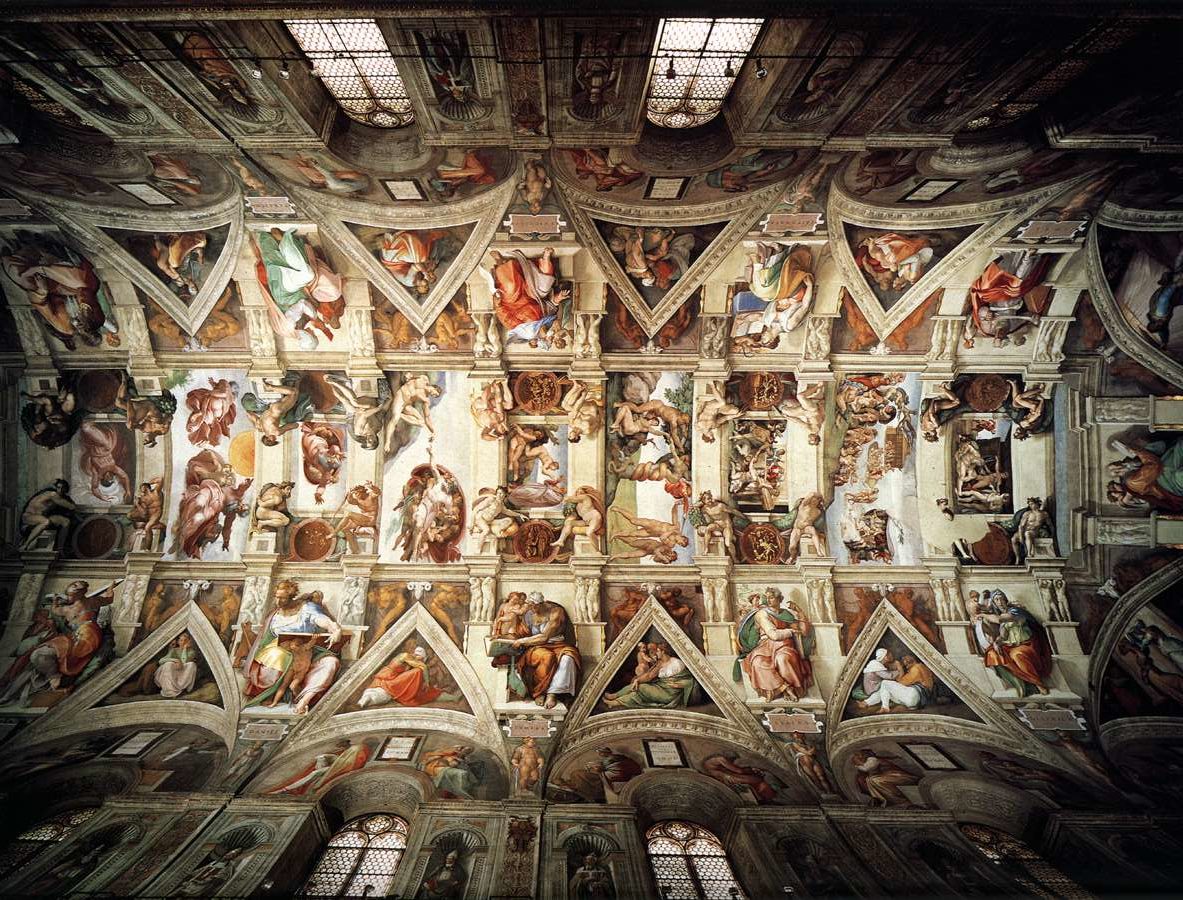 The Sistine Chapel can be admired in Rome, in the Vatican City, within the famous and crowded Vatican museums. The Sistine Chapel represents one of the greatest Italian sacred monuments and is at the same time one of the most important artistic masterpieces. Dedicated to Maria Assunta in Cielo, the Sistine Chapel is part of the Apostolic Palace and its walls are decorated with the immortal works of Michelangelo Buonarroti, painter of the famous “The Last Judgement“. His fame is also linked to the fact that the chapel itself is the place where the Conclave is held for the papal election and the main official ceremonies of the pope.

The building of the Sistine Chapel 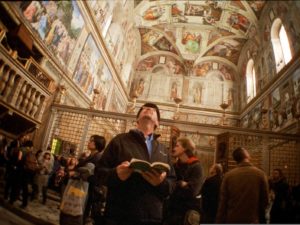 The first news concerning the existence of a Papal Chapel dates back to 1368; we know that it was decorated by the painters Giottino and Giovanni da Milano, innovators of the Giottesca school. However, it was discovered that this was not a prototype of the Sistine Chapel, but only one of its ancestors. The Sistine Chapel was built between 1477 and 1481, at the behest of Pope Sixtus IV della Rovere from whom it took its name. Its story began under the pontificate of Sixtus IV, who was also responsible for the reconstruction and decoration of the Palatine Chapel of the Apostolic Palace. The project was developed by Baccio Pontelli, around 1473, and building started using the foundations and walls of the previous structure. The works were directed by Giovannino de ‘ Dolci, and ended in the summer of 1481. Following this phase, the fresco decoration of the walls began and on August 15, 1483 the Sistine Chapel was consecrated with the first mass dedicated to the Assumption of the Vergin Mary.

The frescoes concerning the History of Moses, the History of Christ and the Portraits of the Pontiffs date back to the 15th century. These artistic works were carried out by a team of great painters consisting of Pietro Perugino, Sandro Botticelli, Domenico Ghirlandaio and Cosimo Rosselli, who were supported by their workshops and by some collaborators, including Biagio di Antonio, Bartolomeo della Gatta, and Luca Signorelli.

The vault was frescoed by Pier Matteo d’Amelia, who covered it with a starry sky.

New decorations were taken on by Pope Julius II della Rovere, grandson of Sixtus IV, who, in 1508, engaged Michelangelo Buonarroti to redecorate the vault and the upper part of the walls.

The interventions, in fact, were not dictated by a work of pure patronage, but were necessary after 1504, when a long crack opened in the vault, making the intervention of the architect of the palace, Bramante, fundamental to remedy it. 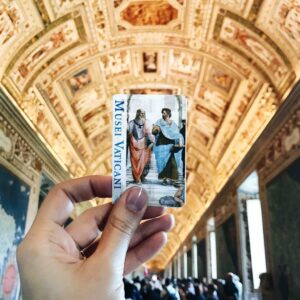 Between 1508 and 1512 Michelangelo repainted the vault. The back wall above the altar was completed between 1534 and 1541, giving life to his masterpiece, the “The Last Judgement”.

Unfortunately, the new restorations erased some of the 15th century frescoes, like the Assumption of the Virgin among the Apostles painted by Perugino.

During the second half of the 16th century the frescoes on the entrance wall were also repainted, after the damage caused by the collapse of 1522. Hendrik van den Broeck repainted the Resurrection of Christ by Ghirlandaio, while the Dispute over the body of Moses by Signorelli was retouched by Matteo da Lecce. Among the other representations present in the building are the Stories of the Genesis: Creation, Fall of man, flood, and Rebirth of Mankind.

That of Michelangelo Buonarroti is a work of amazing greatness and beauty. The composition of The Last Judgement is centered on the figure of Christ, represented in the moment preceding his judgement. His gesture seems to give life to a rotating movement, composed of all the other figures, including the Virgin, the Saints and the Elect, St. Peter, St. Lawrence, St. Bartholomew, until reaching the area below, with the Angels of the Apocalypse who awaken the dead with the sound of their long trumpets and, further down, to Charon and to the demons that push the damned towards Minos, the Infernal Judge. 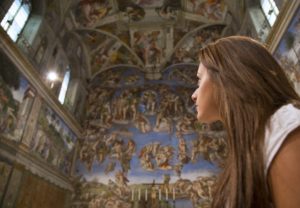 The Sistine Chapel remains one of the masterpieces of Italian cultural and artistic heritage and, still today, attracts hundreds of tourists from all over the world.

Bosa, The treasure of Planargia

Located in the province of Oristano and founded by seamen and Phoenician merchants on the north western coast of...

The life and works of one of the most important artists of the renaissance In the history of art there are many...