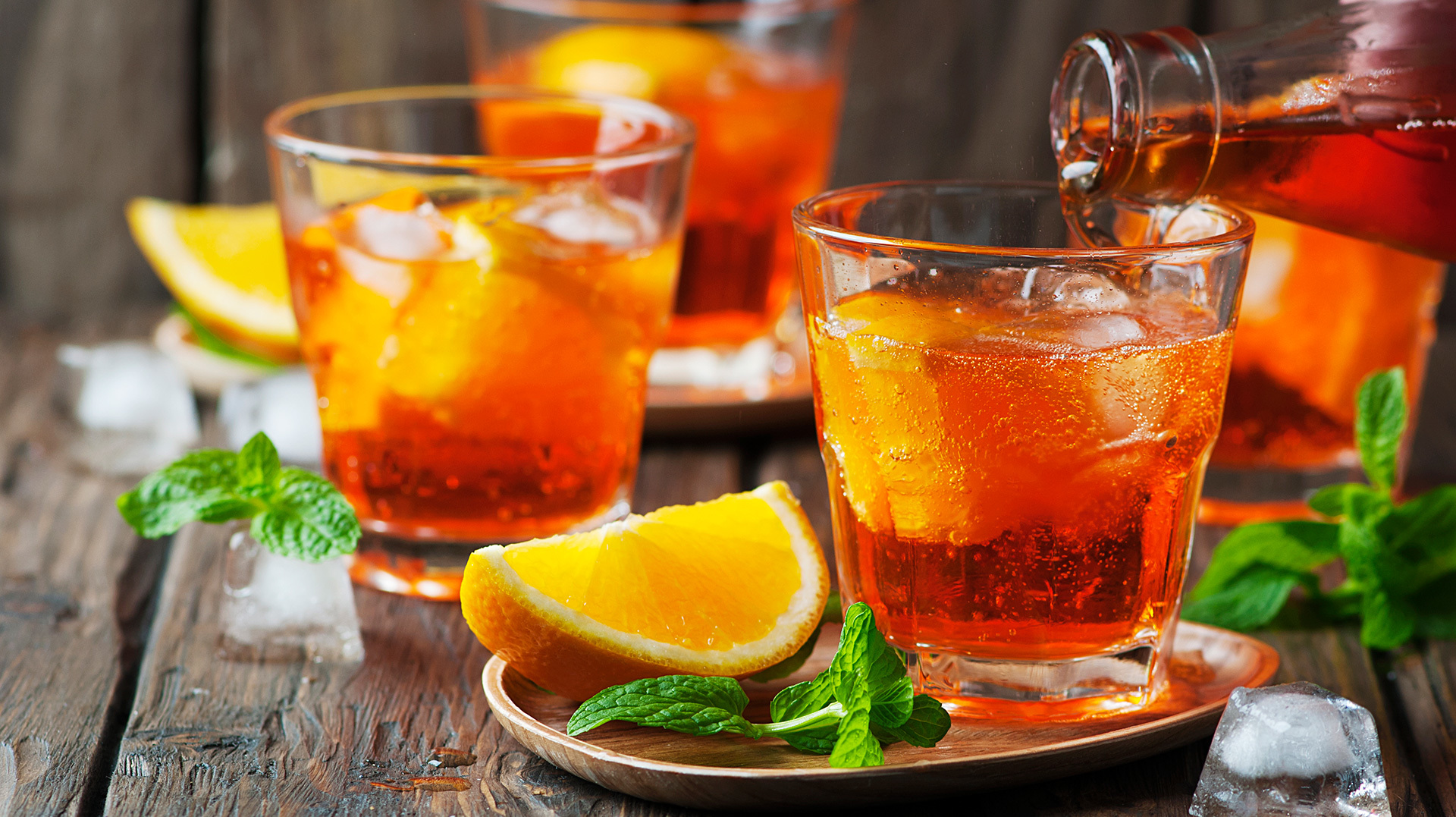 The most drunk cocktail in Italy during the traditional aperitif ritual

There are many alcoholic drinks that come from a particular Italian region and that over time have spread throughout the territory. One of the most appreciated by Italians is the “spritz” aperitif that is part of the Venetian tradition, but which has now become a habit of all Italian regions. Italian Traditions will lead you on the discovery of this product that has renewed the taste of the “aperitif time” gathering. Here you can find out both the origin and what the original recipe consists of. We will also talk about the possible variations that can be found throughout the peninsula and how to prepare this world famous cocktail that is the most requested in all bars.

The birth of spritz dates back to the early 1800s and took place in Veneto. Austrian soldiers used to dilute with fizzy water the wine of the region that was too alcoholic for them. From here originated the spriz, the Venetian aperitif par excellence. The name derives from the German word which means spraying. Starting from the beginning of the 20th century the use of Seltz was introduced, which slowly became an alternative to water. The cocktail usually drunk today was born in the 20s when Aperol was introduced as an ingredient.

The success of the Spriz Aperol

The great success of this particular drink occurred in the 50s when it spread not only throughout the Veneto region but also the whole of Italy. Another event that distinguished its fame in the following years was the advertising spot launched by the Aperol company in early 2008. This also helped its popularity abroad. In 2011 it was officially recognized by the international bartenders association (IBA) with the name of Venetian Spritz. It is distinguished by the particular type of glass in which it is traditionally served. 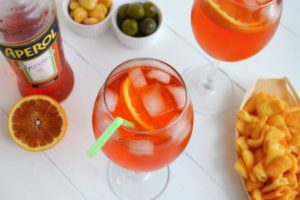 The original Spritz recipe of the Venetian aperitif involves the use of the following ingredients:

It is also served with ice and a slice of lemon or orange to decorate the glass. This is a light cocktail, fresh and pleasant to drink.

The preparation and its variations

The preparation is very simple and consists in pouring white wine into the glass, filled for one third with ice, and then adding the Aperol. Finally you must add the soda or seltz of your choice to make the drink even more fizzy. Depending on the geographical regions there are numerous variations to the original recipe. One of the most widespread in recent years is that which replaces white wine with sparkling wine. Very similar to Spritz is also the Brescian Pirlo which is differentiated by the use of still rather than sparkling wine.

Italy is famous all over the world for the excellence of its food and wine products. These have a territorial origin but thanks to their quality they have established themselves throughout the peninsula and abroad. If you want to know other typical regional products we recommend reading this article too. Now that you know how to prepare Spritz, the Venetian aperitif par excellence, you just have to enjoy this fresh drink.

Italy boasts many Eno-gastronomic excellencies and among them are certainly Italian liqueurs and distillates, which...

The beer, A “recent” discovery of the Italian gastronomic field

Beer is one of the most widespread and the world’s oldest alcoholic beverages, known as the...