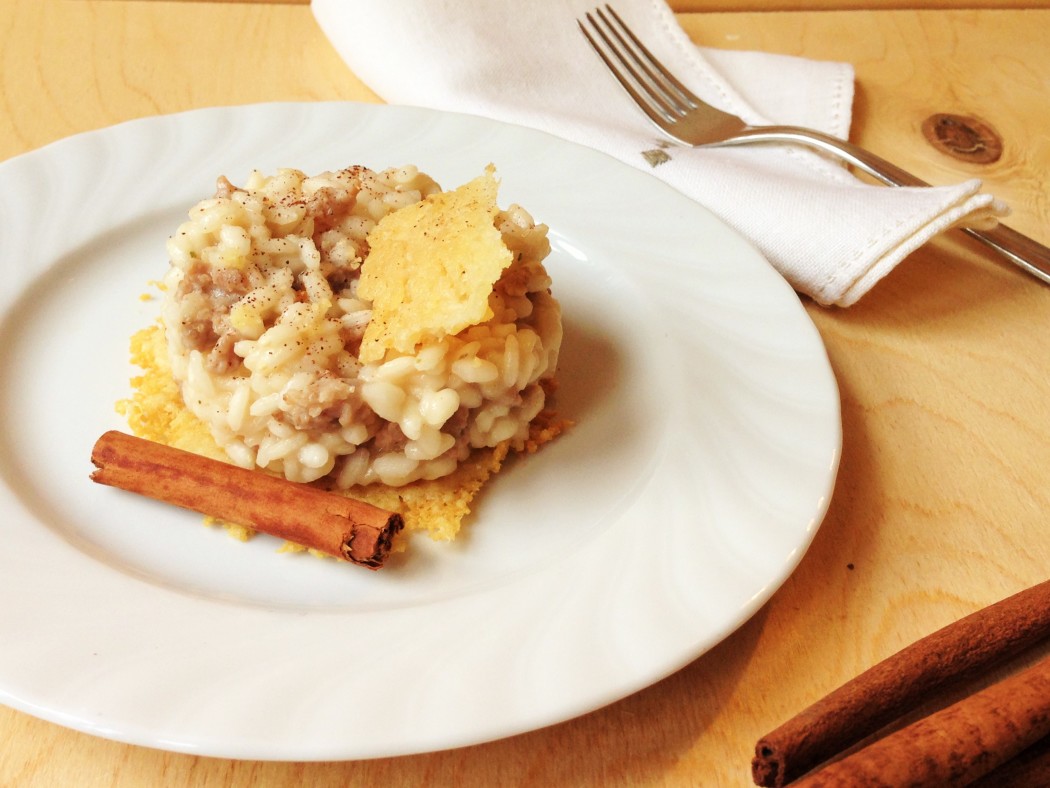 Definition, origin and preparation of tastasal

Tastasal (in Venetian dialect, otherwise known in Italian as Tastasale) is a meat blend made of pork seasoned with salt and black pepper. This meat is also used to make salami and is mainly characterized by its salty taste. Its origins go back to the times when, in the Venetian countryside (in particular in Bassa Veronese, in Isola della Scala, Trevenzuolo and Vigasio) in order to check the accuracy of the meat’s recipe , people would use it to season rice. Hence the name, tastasal, which literally means taste(or try) the salt.

To prepare it, slice the pork with a knife (it’s not necessary to mince it), then mix in the salt, rough black pepper and a bit of garlic. The meat is used as seasoning, usually for risotto but sometimes also for pasta, in which case the meat must be kept out of the fridge for a few hours before cooking.

Preparation: boil the broth and throw in the rice. At the same time, in a pan sauté the onion and garlic in butter until gold. Add the tastasal and let it cook thouroughly. Then, mix the tastasal and rice, and you’re done cooking. Just add a pinch of nutmeg and grated Parmesan cheese as desired.

Pairing: This dish matches well with a red wine (Bardolino Classico and the Valpolicella variations Classico, Superiore and Ripasso would make an excellent combo).

A new way of eating that is spreading more and more even on Italian territory A trend that is increasingly...

A perfect steak? Italian art of cooking meat according to the region

Here are the methods to cook meat to perfection Italian cuisine is famous all over the world for the exceptional...