The foundation of Rome 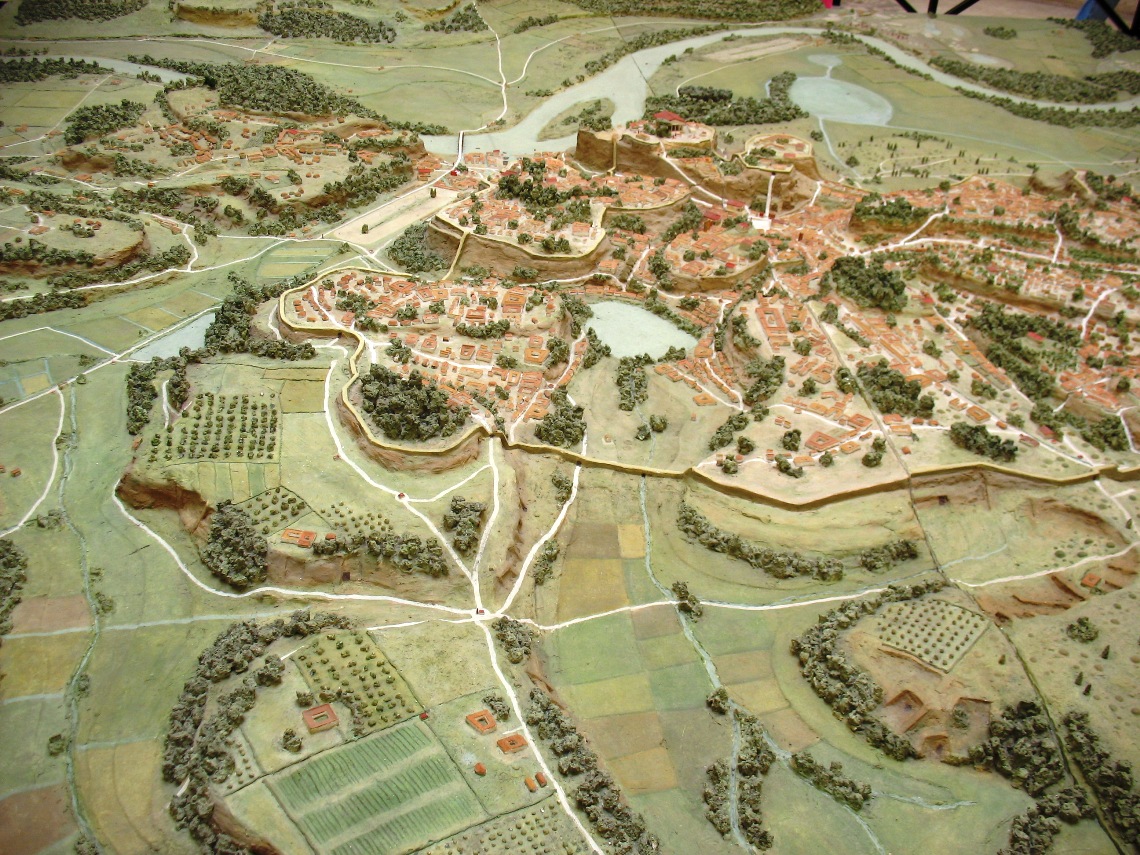 The legend of Romulus and Remus

One of the most famous legends in the world is that which tells the foundation of Rome. Do you want to know more about it? Well in this article Italian Traditions presents the history of Romulus and Remus and how the city of Rome was born from which originated the great empire that dominated history for centuries. In addition we present some of the different versions which have reached us and the most significant variations contained in them.

The legend of the foundation of Rome has come to us in different versions. One of these is reported by the historian Tito Livio in book one of his History of Rome. Also in the works of Plutarch, Virgil and Ovid there are testimonies of this story. These present some variations within a story that turns out to be similar in all the testimonies. The date of foundation of the city of Rome is set around the second half of the eighth century A. C.

The tradition, handed down orally for 800 years, tells that the hero Enea, landed in Italy after leaving the Greek city of Troy destroyed by the Achaeans, founded the city of Alba Longa on which his legitimate descendants would reign. Among these Numitore, illegally dispossessed by his brother Amulio who, in order to avoid dynastic matters, forced Rhea Silvia, daughter of Numitore into a covent, trusting that this may prevent future descendants from claiming the throne. 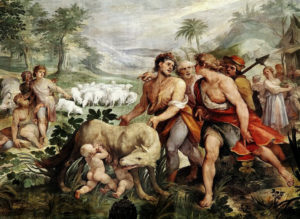 Ritrovamento di Romolo e Remo (affresco), Cavalier d’Arpino – Roma, Palazzo dei ConservatoriObviously this enclosure could not prevent the god Mars (in some versions the semi-god Hercules) becoming interested in Rea Silvia and from the union two twins were born. The uncle usurper of the throne, fearing their possible revenge had the two children abbandoned on the banks of the river Tiber. Thanks to a she-wolf and a shepherd who took care of them they survived and returned to Alba Longa where they helped their grandfather to recover his place on the throne.

After their task the twins revealed to Numitore the desire to found a new city. To decide which of the two would govern the city they decided to rely on fate. According to the ancient practice of omens, which of them would see the greatest number of birds would have been the winner. At this point a dispute began between the two brothers about which of the two was the winner. An armed conflict broke out in which Remo lost his life. At this point Romulus founded the city, delimiting its sacred boundaries.

We always consider that the written texts that draw from the legend belong to the period of Imperial Rome and therefore tended to provide a mythical image of the highest prestige of Rome and of the Imperial power of Augustus. Not surprisingly, the founder is descended from the dynasty of Aeneas and son of the god Mars.

The sources that have been passed down to us do not however allow us to determine the truthfulness of the information. But, as has often happened and continues to happen, archeology has recently brought to light findings that confirm many points of the legend, among them, some sections of the perimeter wall built in the 8th century AD.

The most plausible information about the foundation of this important city leads to the conclusion that probably the original nucleus was formed as a cluster of people from Lazio and then developed into a more organized city structure.

The history of the foundation of Rome, between myth and historiography, has spread over the centuries to reach our times, enriching it with new chapters, thanks to archaeological work and continuous discoveries. Visit this incredible city and rediscover traces of the history of its foundation in the archaeological finds, it will also be an unforgettable experience for you.

These ancient stone buildings are one of the things you absolutely must visit in Sardinia Italy has been inhabited...

Here are the places where the famous novel written by Alessandro Manzoni is set One of the most important novels in...