The Gelato Museum, The value of Made in Italy 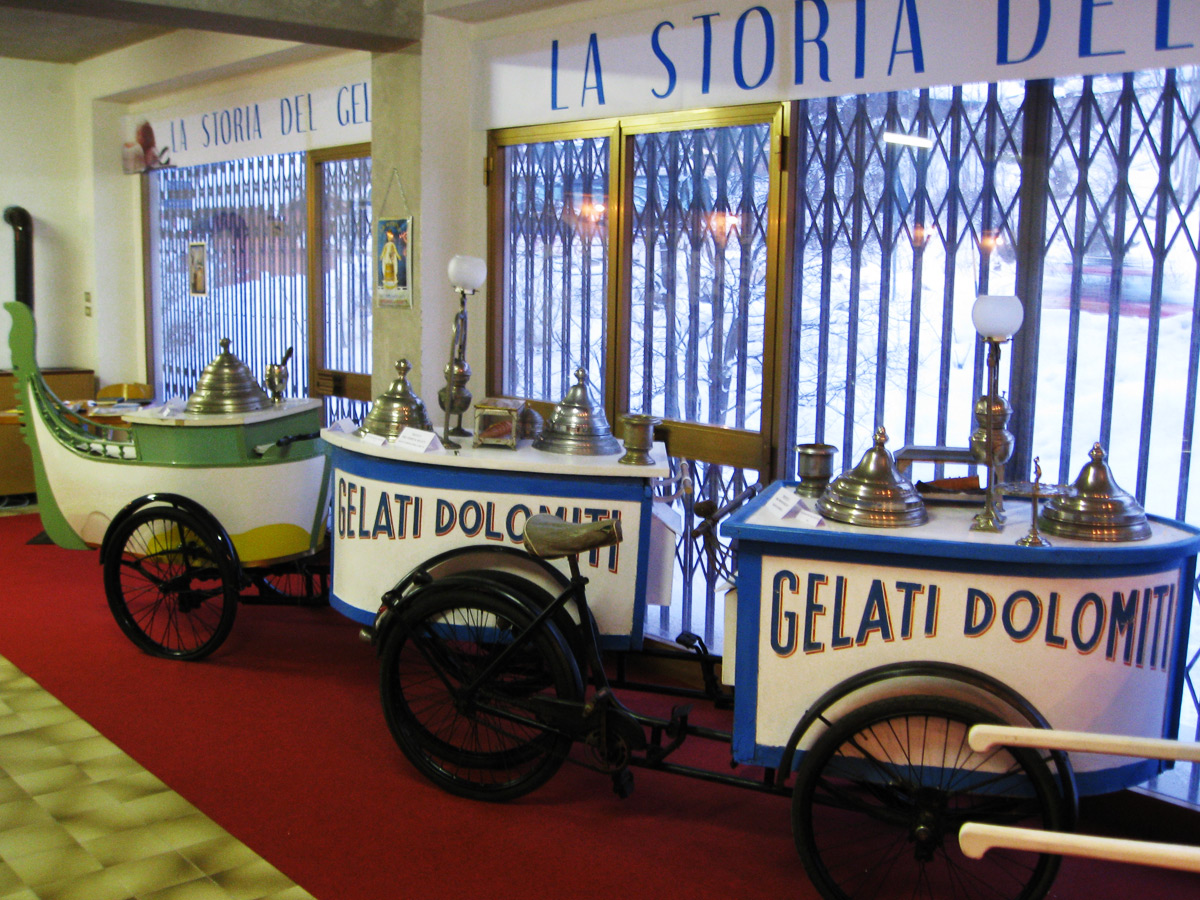 A cultural center of excellence dedicated to the history, the culture and the technology of ice-cream. This is the Carpigiani Gelato Museum, opened in September 2012 in Anzola dell’Emilia, near Bologna. Created by the Foundation Brutus and Poerio Carpigiani, it is considered the first museum of ice-cream in the world, and has been recognized by Zagat as one of the seven new most beautiful museums in the world, in the article entitled “The 7 Coolest New Museums Around the World”.

The space, whose architectural design and construction is due to the architects Caravatti and Gugliotta, is located inside the headquarters of Carpigiani Spa that renovating 2,200 square meters, has converted a section of the production departments in an exhibition space that traces the milestones of the history of ice-cream, including technology development and its consumption. From its origins to present day, the interactive course is presented on three levels and through five major themes. Inside the space there are over 20 original machines, multimedia stations, 10,000 photographs and historical documents, valuable tools and accessories as well as unpublished video interviews and even educational workshops that are designed to reproduce historical recipes that can be tasted and compared with the contemporary ice-cream.

Noteworthy is the space dedicated to processing methods since it is closely related to the finished product: form the reconstruction of the oldest ice-cream churns to the modern pasteurizers and batch freezers.

In 2003, the company also created a very interesting cultural project in order to support the development of ice-cream parlors in the world and to spread education to pleasure and taste of  the Italian ice-cream. With the aim of affirming the excellence of the tradition of Made in Italy, they support and train all entrepreneurs of the world that want to open ice-cream shops, but also those who already have it. This is the mission of the Carpigiani Gelato University, the first ice-cream university of the world.

Thanks to a team of renown international teachers and experts, the Carpigiani University offers classroom courses, online, travels and customized courses on-site or at the customer’s house. The courses are taught in Italian, English, French, German, Dutch, Japanese, Chinese and many other languages, both at the headquarters in Anzola Emilia and in the foreign offices of Carpigiani Gelato University and those of Carpigiani dealers. Using the collaboration of major universities, the school tends to maintain the high competence and the development and research in the Italian ice-cream parlor and pastry craft, but also its spread in the world.

Crowned by a crispy waffle or nestled on a golden and crumbly cone, embellished with a fluffy cloud of whipped cream or delicious chocolate drops, discover the soft and fresh taste of the summer king. Read the IT5 of the week.
Arts & CultureBolognaEmilia RomagnaIce CreamJourneyMuseums
Share

So many of you have sent me requests and reservations for the little restaurant we are opening in August. It’s all...

Known for the beauty of its mountains, Trentino Alto Adige, occupies the northern end of Italy, near the border...