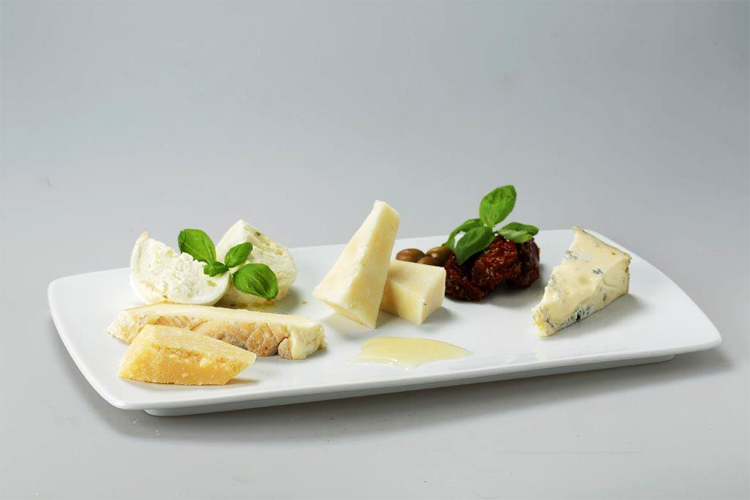 Among the numerous specialties and culinary delicacies unique of the Belpaese, wherever you look, you can always find an endless variety of products, which is one of the reasons why it is often difficult to compare the richness of Italian cuisine to other foreign cuisine, be it near or far. However, the superiority of Italian gastronomy is not as evident in other fields, as it is in dairy products. Just think that Italy produces over 400 different types of cheese, while equally renown France boasts only less than half, and the United States less than 20. In Italy, you can find that even the shortest geographical distances hide some very clearly marked cultural and culinary differences.

In contrast to other regional specialties, the cheese tradition is one that can be found in every corner of the Belpaese. In fact, you can’t find an area where it isn’t produced, although it is made in a unique and contrasting way in each and every place. Much of this variety is certainly due to the peculiar formation of the Italian territory, which concentrates itself in a relatively small territory surrounded by the sea, that includes large islands, hills, countryside, plains and some of the most beautiful mountains in the world, the Alps. However, to give more cohesion and bring order to such territorial bounty, we tend to simply divide Italy into three major dairy producing areas: north, center and south.

The northern area is bordered to the north by the Alps, along the border, and it goes all the way south up to the Apennines between Emilia Romagna, Tuscany and Marche. In this area, the cheese culture has ancient origins. In fact, the inhabitants of the Alps have always survived the harsh winters thanks to the cheese stocks accumulated during the summer. Typical of this region, is homemade cheese that could feed families for an extended winter period. The cheese made here can be easily stored in natural environments such as caves or cellars, and it is for this reason that it is very rarely made fresh or used for short seasoning.

In addition, given the impossibility of skim milk in the mountain pastures, this type of cheese is usually characterized by a fatty or semi-fatty aspect. Even in the Po Valley area, just below the Alps, the many types of cheese present originated as mountain cheese, and only later were taken to the plains, where the climate and the land made for more economical and practical production. This area produces among other things, some of the most famous cheeses in the world: Parmigiano Reggiano, Brie, Grana Padano, Taleggio just to mention a few of the most wide-known.

The central part of Italy, comprised of Tuscany, Lazio, Marche, Umbria, Abruzzo, Molise and Puglia, and has a more Mediterranean climate and a hilly or low-mountainous aspect. If in the Alps cow dairy is much more widespread, cheese production in central Italy is instead identified almost solely by sheep dairy. So much so, much so that the nomad sheep raising culture, or the continuous movement typical of shepherds in search of fodder for their flocks, is still very much still alive. It is therefore, natural that the majority of the cheese production in this area consists of pecorino and caciotte cheese, some of the tastiest and most high-quality, even if production in this area is certainly lower in quantity than in the north.

In the southern part of the Belpaese, which includes Campania, Basilicata, Calabria and the islands of Sicily and Sardinia, have a warm, Mediterranean climate, where herbs are scarce and geographical features are more pronounced compared to the territories of central Italy. Here, however, both cow and sheep herding are practiced extensively. The arid climate claims to have been the reason for the production of fresh and stringy cheese, among which we can find some of the best and oldest in the world such as Mozzarella, Buffalo, Provola, Caciotta, Pecorino. In summary, an immense landscape gives way to a rich, varied and tasty, yet very ancient tradition that is produced in the Belpaese in a way like no other, a cheese culture that Italians are proud of, another excellence that is Made in Italy to be shared with the world.

A flakey or diced, seasoned or mild, a delicacy that satisfies every palate. The IT5 of the week has the unmistakable scent of the Belpaese. Come and find out more.
100% ItalianAll ItalyCheeseHow to know about itMilk & C.Typical Food
Share

Here is a female entrepreneurial idea in the name of tradition In Italy there are many different family business...

The sbrisolona is definitely a famous recipe throughout the Italian territory. Its origins are poor and its recipe,...