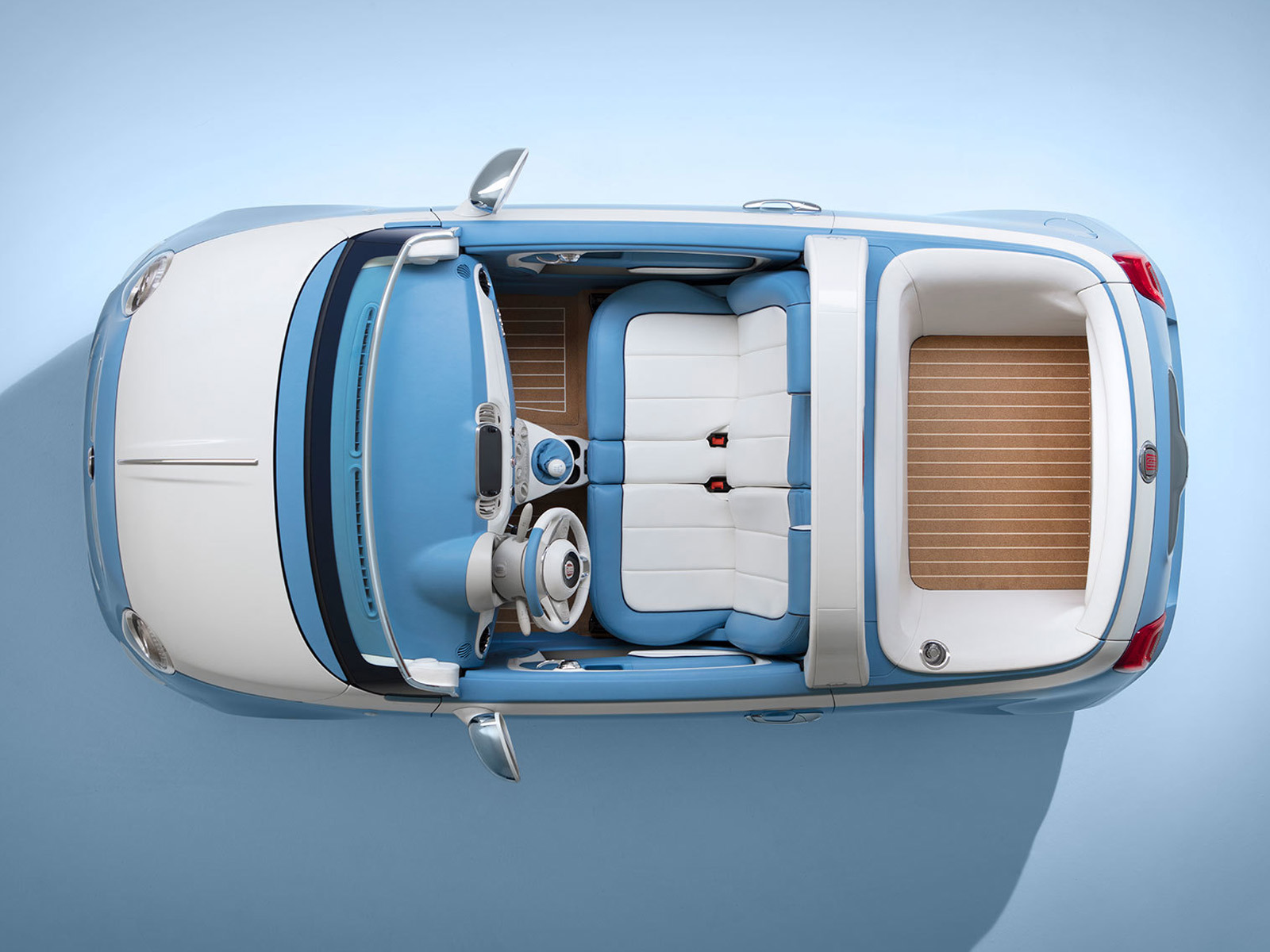 Fiat celebrates the anniversary of its foundation – 11 July 1899 – and the 60th anniversary of the “500” with the return of a true Italian four-wheel myth. This is the “Spiaggina 500”, a car born in 1958 which has become an absolute cult object.

A tribute to the Dolce Vita

The new “500 Spiaggina”, signed by Lapo Elkann’s Garage Italia in collaboration with Pininfarina, celebrates Fiat’s birthday alongside the new special series “Spiaggina “58, with its glamorous image, are a tribute to Fiat’s Dolce Vita years. ”

Equipped with a 1.2 69cv ​​Start & Stop Eco petrol engine, the new car is the result of the great passion of Lapo Elkan for the world and style that the “500” has always represented, reaching the present day but keeping all its relevance.

The Garage Italia version stands out for the rear Lounge Space and the built-in shower head, characterized by a glamorous and fascinating line. Overall, the technical basis is that of the “500”. There is no roof, as is the tradition of the “Spiaggina”, and the passenger space has been transformed into a compartment with integrated shower, which allows you to carry everything you need for a day at the sea. In particular, this change was made possible thanks to the support of Pininfarina technicians. The latter, in fact, joined Garage Italia, also intervening in the planning of structural reinforcements, such as the rear rollbar, ensuring the correct rigidity to the frame. 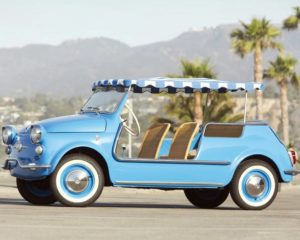 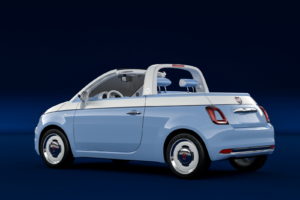 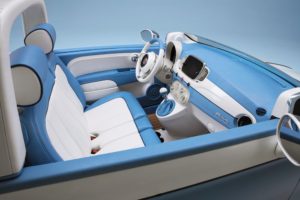 In addition, the new model has been equipped with a lowered nautical windscreen and cork finishes for the floor, which gives it the feel of a yacht. The colour is typically summery and is “Sky Blue and White Pearl”. The front seats have been replaced by a “bench” with Pellezzo waterproof leather upholstery. And a further vintage touch distinguishes the tires with a white stripe, the handles and mirrors and the studs of the alloy wheels. The dashboard reflects the color of the body, while the two-tone seats are distinguished by the gray stripes. As for the tires, the choice fell on the Pirelli P Zero Nero GT, which closely recall the aesthetics of the 1950s cars.

The car can be equipped with all the engines available in the “Fiat 500” range.

A car that made History

The first “Fiat 500 Spiaggina” made its appearance on the roads of the island of Capri on July 4, 1958. The first cabrio version of the car, immediately became an icon of its time, linking itself to the moment of great economic and social growth of the country. Due to its elegance, it was one of the most popular Italian cars with actors, singers, TV presenters and VIPs of the Dolce Vita era and the Economic Boom.

The new version, in a limited edition of only 1958 pieces, is back, 60 years later, with its sophisticated design, inspired by the original model, equipped with high quality fabrics and total comfort.

Think of an Italian car. No, not a Ferrari: the other iconic car. In your mind you are probably picturing a...

Spending a beautiful Sunday in campers sometimes coincides with the desire to make a picnic of steak and...