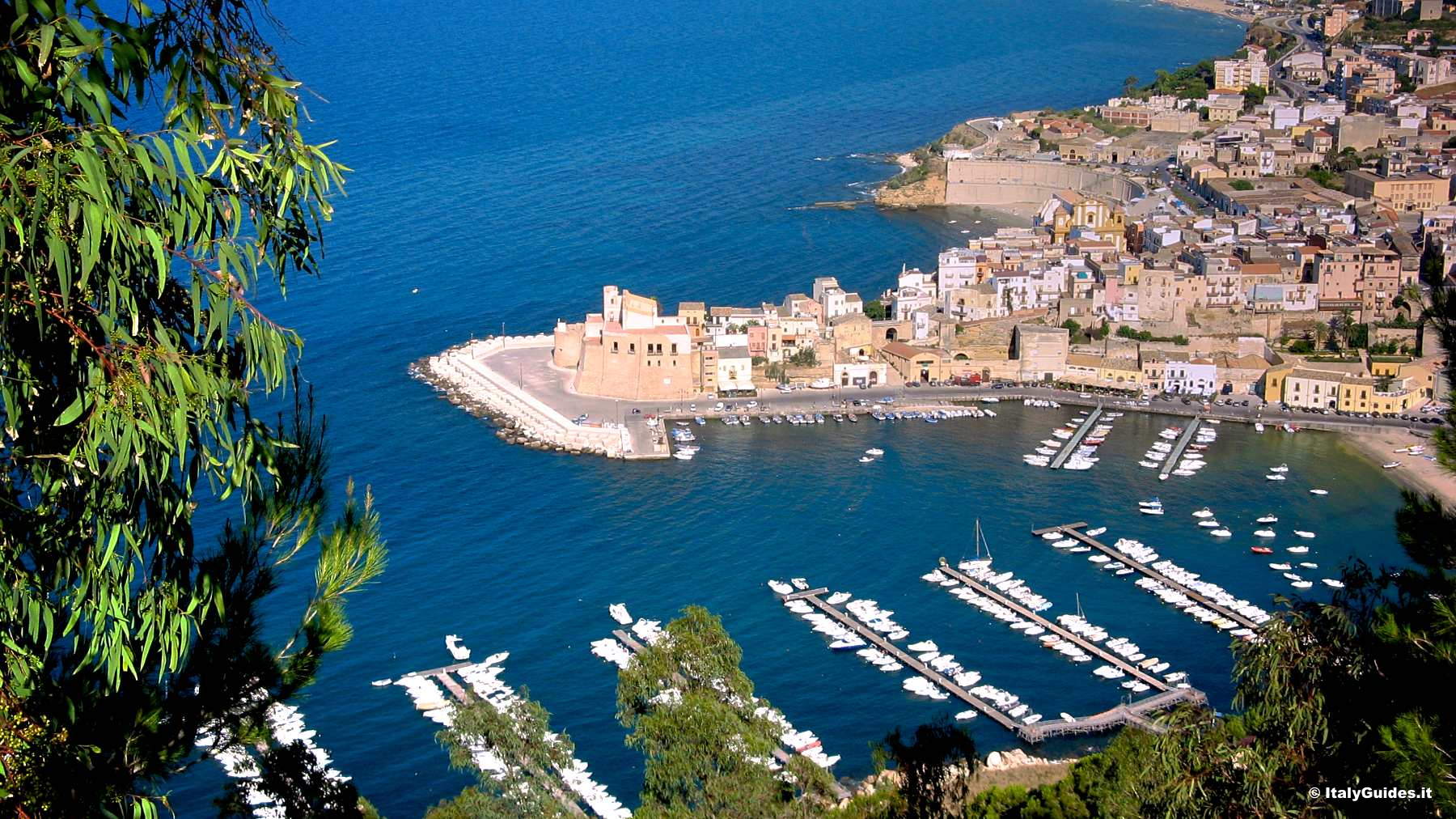 Named “city between the two seas”, because washed north from the Tyrrhenian Sea and west by the Mediterranean Sea, Trapani presents itself as a beautiful sickle, an unusual mixture of art, crafts, religion and fatalism. Think that, on its coasts grows a plant that doesn’t exist anywhere else in the world!

This is the calendula maritima, nowadays inserted in the list of the 50 most endangered botanical species of the Mediterranean. Calendula maritima used to be called “flower of the sun” by the Greeks for its corolla of yellow petals, and it is the protagonist of a myth that tells of a unrequited love, according to which a nymph named Calta, in love with Apollo, god of the sun, used to spend all night in the fields waiting for the first ray of sunshine. Consumed by love, Calta became sick unto death, and it is said that the calendula appeared just at the point where the nymph had spent its many sleepless nights. As well as an ornamental plant, the flower is used in medical field as a diuretic, anti-inflammatory, healing and cleansing, it is also used for cooking to enrich salads and to flavor soups and risottos.

If you are or you are planning your holidays in Trapani, and you are seeking for the most beautiful places to see, of a good local restaurant or even a farmhouse where to stay, here are for you the Italian Traditions tips.

10 THINGS TO DO IN TRAPANI

1. TOUR FOR THE STREETS OF THE HISTORIC CENTER, perfect example of the Sicilian Baroque style that looks like a succession of historical periods which flaunt their beauty and characterize the different corners of the city.

2. WALK FOR “VIA LIBERTÀ” UP TO REACH THE FISH MARKET SQUARE, until recently home to the fish market and nowadays the starting point for a stroll on the “Mura di Tramontana”; after going through the entire path along the walls you reach the sea and the stunning beaches below.

3. ADMIRE THE ENCHANTING LANDSCAPE OF THE NATURE RESERVE OF THE SALT FLATS OF TRAPANI AND PACECO – where the ancient salt mining activities are held – populated by ponds, windmills and salt flats. Trapani’s sea salt is produced since 1500 and is currently the only European one to boast the IGP and the Slow Food Presidium. Amongst the companies of the region deserves a special mention the company Oro di Sicilia, for the commitment that the family Culcasi has put for over a century in the production and commercialization of Trapani’s sea salt, harvested with ecological and sustainable methods.

4. TAKE A BOAT TO SEE THE RUINS, THE SALT FLATS AND THE MILLS OF MOZIA ISLAND, a small island with an unusual charm which lies in the middle of a lagoon, positioned in between Trapani and Marsala, where the Phoenicians settled 27 centuries ago.

5. TAKE A TRIP OUT OF TOWN walking across the cobblestone streets of the ancient village of Erice, the city of Venus, perched on a mount named the same way.

7. HAVE BREAKFAST AT ANGELINO GALATI (via Ammiraglio Staiti, 85), temple of the breakfast ritual. Among the many goodies to taste, there are doughnuts with ricotta and exceptional zabaglione cream.

8. TAKE A DIP INTO THE PAST AND RETURN TO BE A CHILD making a stop in the colorful little shop of sweets and candies  Da Peppino (Piazza Notai, 5), where bonbons are handmade, cut and packed like old times!

9. DRINK ONE OF THE BEST HANDMADE GRANITE at  Antica Pasticceria Gelateria Colicchia (via delle Arti, 6/8), a place where time seems to stand still. The pastry shop offers a wide assortment of Sicilian specialties, as cannoli, cassate, doughnuts and typical biscuits.

10. RELAX IN NATURE by staying in the farmhouse Baglio Spanò (Contrada Triglia Scaletta – Marsala loc Petrosino), feudal castle of the Marquis Nicolò Spanò. Spread out over two floors, the farmhouse is at the center of a patron feud with 600 hectares of vineyards. The farm offers accommodation in elegant rooms furnished with antique furniture in perfect Sicilian style. Excellent products and homemade wines.

5 unusual places to see in Rome

Rome is a city full of charm and places of interest both cultural and natural. The capital of Italy is considered...

On June 24th, within the events in  Florence in june, has been celebrated San Giovanni Battista, the patron saint...