Tall, glazed, soft: how many types of panettone do you know? 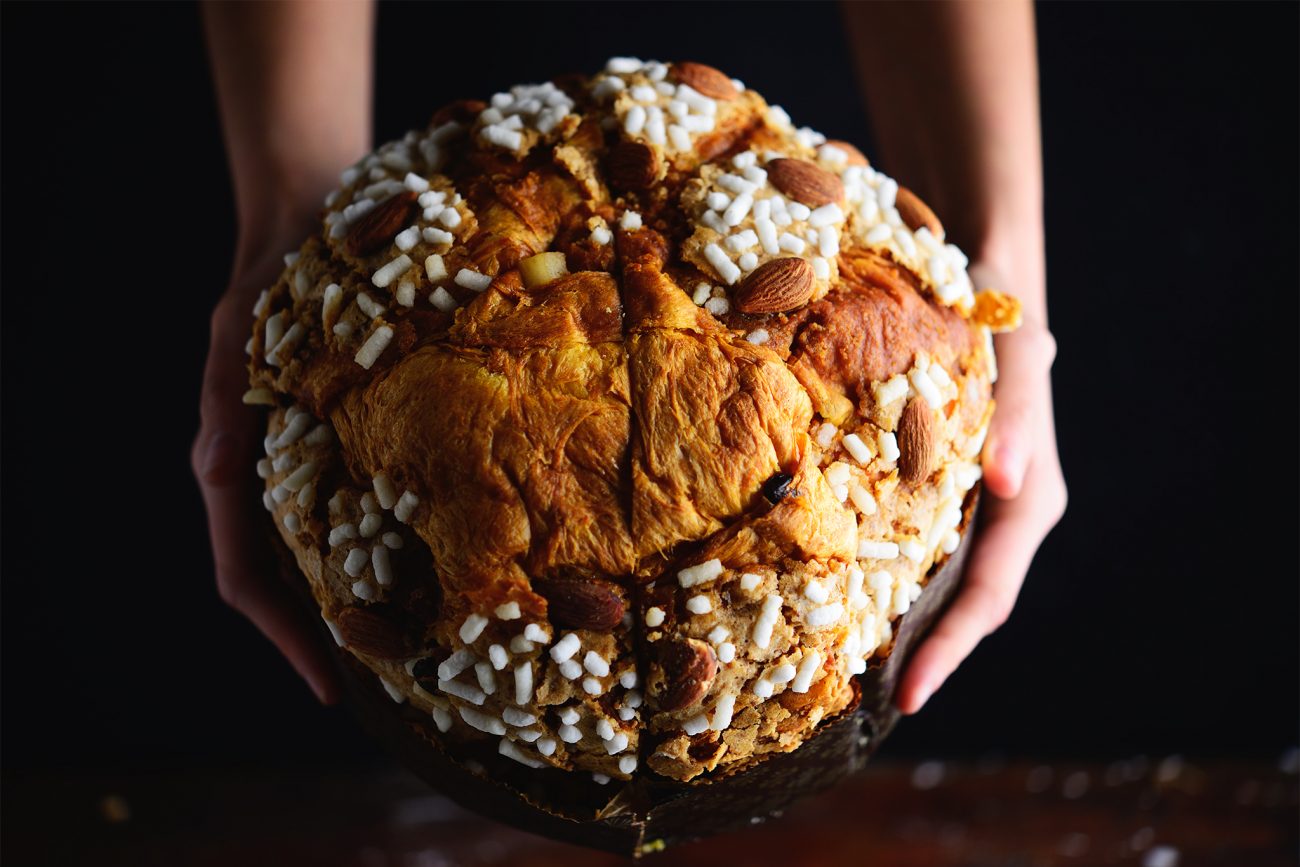 On the occasion of the Christmas festivities in all Italian homes, one of the traditional cakes of the period cannot be missed. This is the panettone that presents variations depending on the Italian region in which it is prepared. In fact there are different types of panettone. Italian Traditions will guide you on the discovery of this typical Italian Christmas cake. In particular we will explain what it consists of and we will tell you its origin. In addition we will present the main regional types, namely the Turin panettone, the Milanese one and the Genoese one. 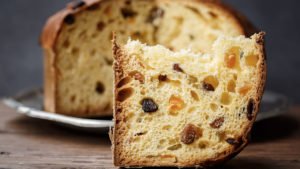 Panettone is a typical Milanese cake that is prepared on the occasion of the Christmas holidays throughout Italy. It has a cylindrical base that ends in a dome. It is obtained by working the dough leavened with water, flour, butter and eggs. Candied fruit and raisins can also be added. Since the 1950s, its industrial production has spread. However, even today, there are many patisseries that produce it by hand, scrupulously respecting the original recipe.

Since 2005 it has been a typical Italian cake protected by a specification that indicates the minimum percentages of ingredients to make it a real (in every sense) Italian Panettone.

It has been adopted as a symbol of Christmas in many parts of the world.

The origins of panettone

The origin of the panettone is Milanese and dates back to 1200. It was a bread enriched with yeast honey and dried grapes. Its name derives from the fact that it had a larger shape compared to baked products prepared at that time. Also in 1800 the preparation consisted of a big bread with raisins, eggs and sugar. There are two most important legends that tell the story of the creation of panettone, both set in the city of Milan in the late 1400s.

The invention of the panettone as we know it today is due to Paolo Biffi. In 1846 he prepared a special cake for Pope Pius IX. The birth and development of the current form and packaging is related to the early 1900s when Angelo Motta proposed it in its current form, wrapped in baking paper (technically the “pirottino”) to cover the cylindrical part and give it a better appearance.

The different types of panettone

According to Italian tradition the Milanese panettone is considered the real one. However, there are many recipes for this Christmas cake in the various Italian regions. In fact there are many types of panettone. The main ones are: 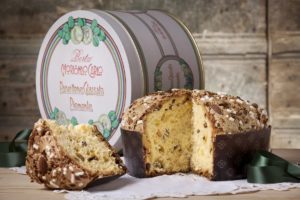 Piedmont presents a very special type of panettone. This was born in the early 1900s with the development of the confectionery industry. Its particularity consists in being low and also offered in glaze covered version.. This is made with walnuts from the region. The original recipe was created in a small pastry shop in Pinerolo founded in 1922 by Pietro Ferrua. His fame has expanded to such an extent that he became the official supplier of the Royal house since 1937. 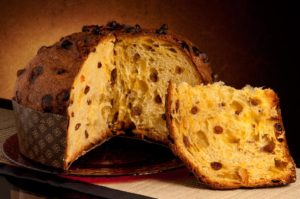 Among the different types of panettone the one that most respects tradition is the Milanese version. It is a soft pastry cake that has distinctive characteristics. First of all, the typical shape is cylindrical. Then the dough must be leavened naturally. The crust does not appear uniformly. Finally it must contain certain ingredients. These are: 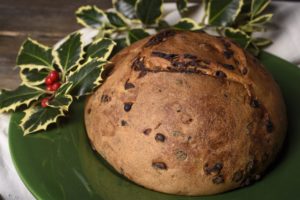 Even the Genoese tradition boasts a very special type of panettone. The Ligurians call it pandolce. Its main feature is the fact that it is prepared in two variants. In fact it can be found both in the tall and short version. Inside there are large quantities of raisins, mixed candies and pine nuts. It differs from the Milanese one for its friability and compactness. The ancient recipe also involved the use of honey today replaced by sugar. Its leavening can take from 18 to 20 hours.

The Italian tradition presents many recipes for the preparation of products that are made for the Christmas holidays. Panettone is one of the cakes that never fails to be on the tables of Italians during the Christmas period. If you want to learn about other traditional recipes we recommend reading this article too. Now that you know all about the different types of panettone you just have to taste them in classic versions or even those created with taste and imagination by artisanal confectioners.

The Italian Easter recipes are closely linked to the culinary tradition of the individual regions. In fact, there...

Delicious ‘casckets’ of fresh pasta stuffed with herbs and cheese, typical of the Ligurian cuisine,...