The traditional masks of the Italian Carnival: from Pulcinella to Stenterello 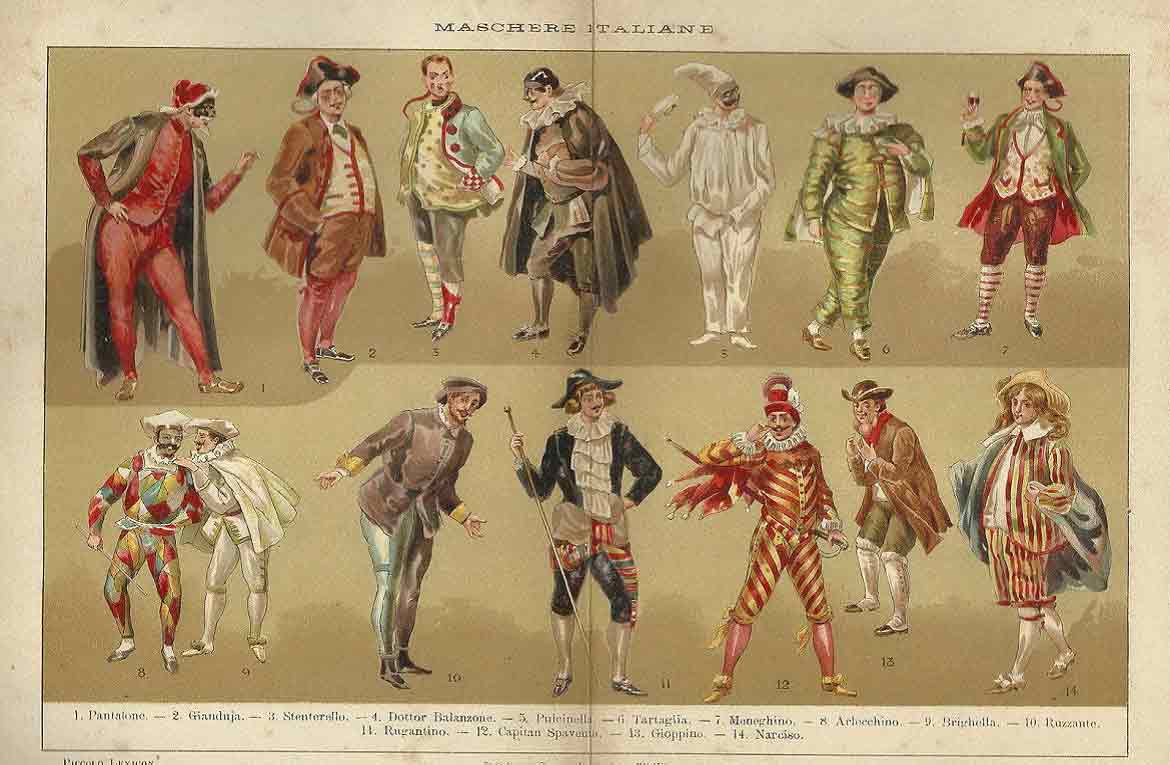 If the Brazilian Carnival is based on dance and on the typical figures of the dance world, the Italian Carnival is more centered around the typical masks of the Italian Art Comedy. In fact, some of the greatest figures of the time have become allegorical figures and are reinterpreted from year to year. Italy is also rich in regional masks, closely linked to legends, customs and local traditions. 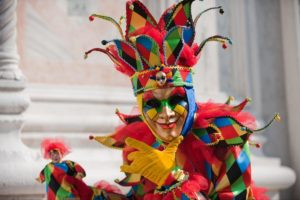 The traditional masks of the Italian Carnival: from Pulcinella to Stenterello

Carnival is one of the most heartfelt festivals in the world. It is celebrated almost everywhere in civilized countries, and finds its greatest form of expression in cities such as Rio de Janeiro, Tenerife and Venice. Traditional Carnival masks change from country to country. For example, the traditional masks of the Italian Carnival are many: among them the well known Pulcinella, Balanzone, Rugantino, Beltrame, Arlecchino and Peppe Nappa, the Sicilian mask par excellence.

Masks of the Italian Carnival: the most ancient 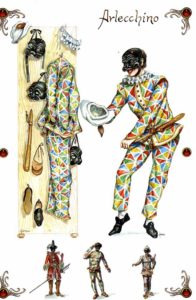 Among the oldest masks of the traditional Italian carnival we must mention Arlecchino and Pulcinella. Arlecchino is a lively young man always ready to joke, dressed in a long colorful patched costume. It seems that Harlequin is of Bergamasque origins, and that his costume, given his poor origins, was made by his mother by sewing together patches of various colors.

Pulcinella is the oldest Italian mask. It has Neapolitan origins and is the representation of the typical lazy, tight-lipped middle-class character . He is dressed in white and has a black mask on his face; he often plays the mandolin. 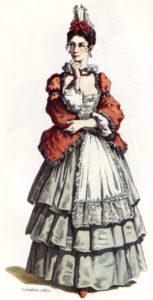 The Venice Carnival is one of the most famous carnivals in the world and is certainly the most relevant among the Italian ones. As we have already specified, in Italy there are many regional carnival masks. Pantalone and Colombina are the two most famous Venetian masks. Pantalone is a character of the art comedy; he is a Venetian merchant of the 16th century tight fisted and lustful. He is dressed in red with long red overalls, yellow shoes with upturned toes and a black short-sleeved cloak down to his feet. Colombina is one of the Servants of the art comedy; she is often the object of Pantalone’s attentions and is dressed in classic Venetian medieval clothing.

Among the traditional masks of the modern Italian carnival we must mention Mosciolino and Beppe Nappa. The character of Beppe Nappa was created in the eighteenth century and is one of the last masks among the ones of the art comedy, qualifying him a “modern” mask. 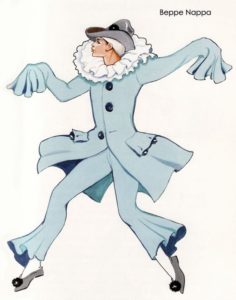 He has a large blue costume composed of trousers and jacket and a gray felt cap; he is typical of the Sicilian carnival. Mosciolino was designed in 1999, he is a little boy with sticking out ears in fisherman’s clothes and takes his name from a wild mussel that is collected along the stretch of sea that goes from Ancona to Sirolo, in the Marche.

The Sartiglia: the ancient Sardinian carnival

The Pruning Festival in Erbusco

Folk and traditional dances in Italy: La Pizzica from Salento

La Pizzica is a popular dance characteristic of the territory of Puglia between Taranto and Salento Leccese. Until...

On December 26th we celebrate the holiday dedicated to the first martyr of Christianity The day following Christmas...